The remainder of John Stevens’ quotes from today’s post-practice media availability are below, with the exception of one quote about Derek Forbort, which will be shared in a subsequent story. For Stevens’ impressions of Brooks Laich, and the team’s outlook in the wake of the Jeff Carter injury, click here.

On the challenges presented by the upcoming road trip:
Yeah, it’s a real big challenge for us. One, you’re on the road so teams are going to get the match-ups that they want, and two, you look at the teams you’re playing, they’ve all played very well. You have Columbus, Toronto, Ottawa starting out of the gate there, arguably three of the best teams in the east in the first part of the year. Really deep teams, teams that play hard, well-coached, lots of depth, offensively gifted, so it’s a big challenge for us. I think we focused at this first part of the season at home, we really wanted to get out to a good start, which we have, and then we look at this whole road trip as kind of our next phase of our season. So it’s an important trip for us, but it’s certainly going to be challenging.

On whether the trip presents the “first real adversity” of the season:
I don’t know if I’d say it’s the ‘first real adversity.’ I mean, we were out Martinez to start the year when we were ready to go out of the gate there, and I thought the guys did a great job. It’s just ‘next man up,’ and MacDermid came in and played well for us, and we had other guys that had to play more minutes. It’s not easy replacing those guys, but I think our whole focus from Day 1 has been on the team game and not on the individual, and I think because of that, like I said, guys are excited for the opportunity to play more, guys are willing to take on more of a responsibility. We just need a little bit more from everyone.

On whether he’s satisfied with the team’s starts this season:
I think we’ve always tried to put a focus on getting out of the gate strong. I think teams that come out of the first period ahead, there’s a high-percentage of games won in the National League, teams that do that. I think we’ve had some really good starts, and I think we’ve had some starts where we weren’t as clean as we needed to be. I will say, other than probably the Calgary game, I don’t think it was a compete, puck battle issue. I think last night we had trouble with their forecheck and it kind of allowed it to create too much for them, but I didn’t see it as a competitive issue, so, to me, that’s encouraging. But I would like to see us execute a little better early in hockey games, but it’s a real good sign that we’re able to kind of weather the storm, get better and continue to get better through the hockey game and play our best hockey as we move along.

On Justin Auger’s NHL debut:
I thought he did well. I thought he was a real responsible guy. I thought he made some good plays on the wall. It’s a tough situation coming in against a team that plays fast. They’ve got a lot of speedy forwards that really come at you with a real pressure game, and I thought he gave us some good, solid minutes there, and it’s kind of an odd game where you’ve got guy going out early and you’ve got to move people around, but we were happy with his game. I thought it was a real good first step where he got in and he looked comfortable. He used his body well, he drew a penalty driving out of the corner and trying to get to the net. You’re hoping that a young player comes in and try to do the things that he did where he came from, and I thought he tried to do that last night. I’d like to see him get up to pace – that’s kind of always the challenge with young guy, but we were certainly happy with his first effort. 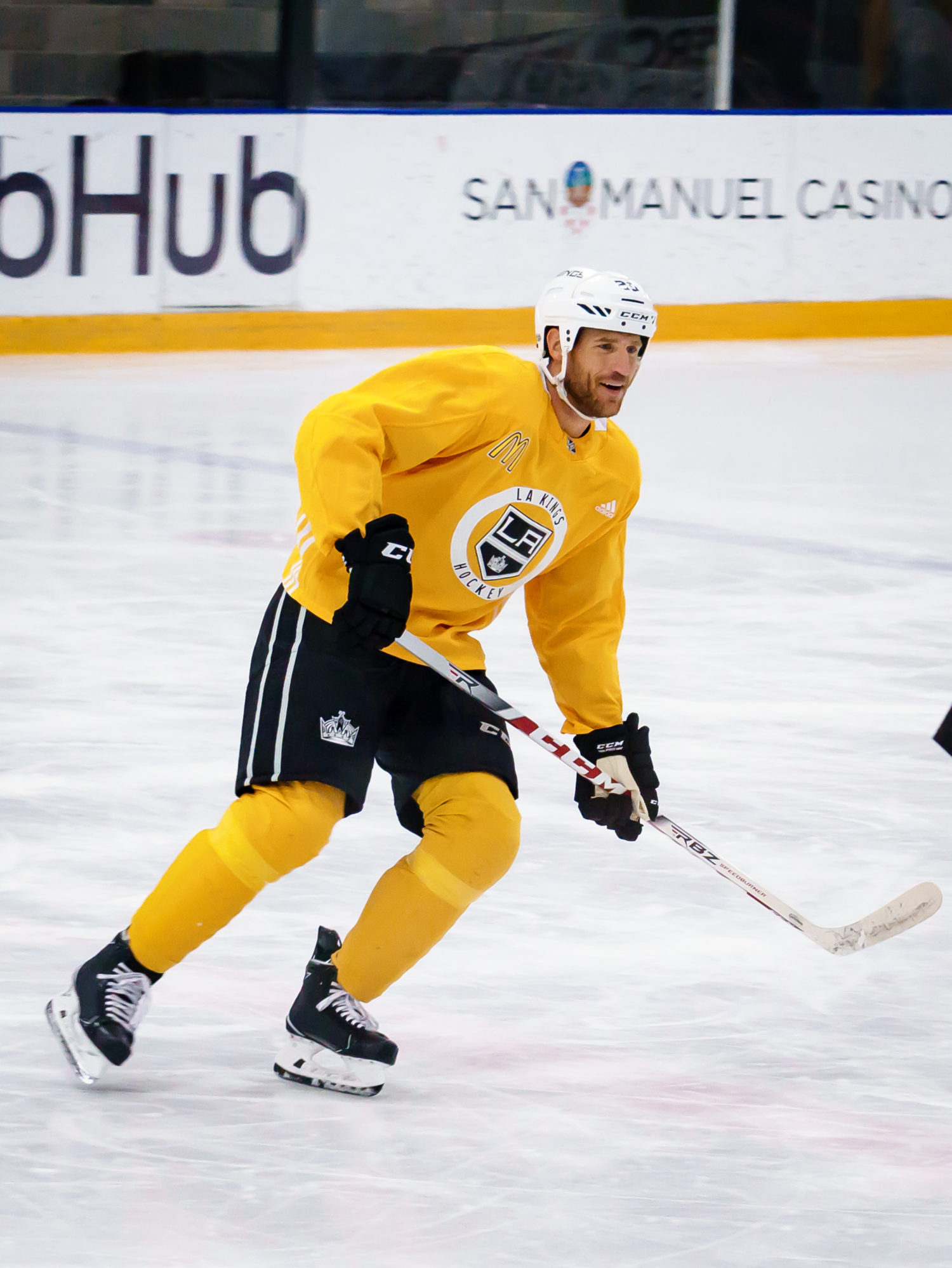 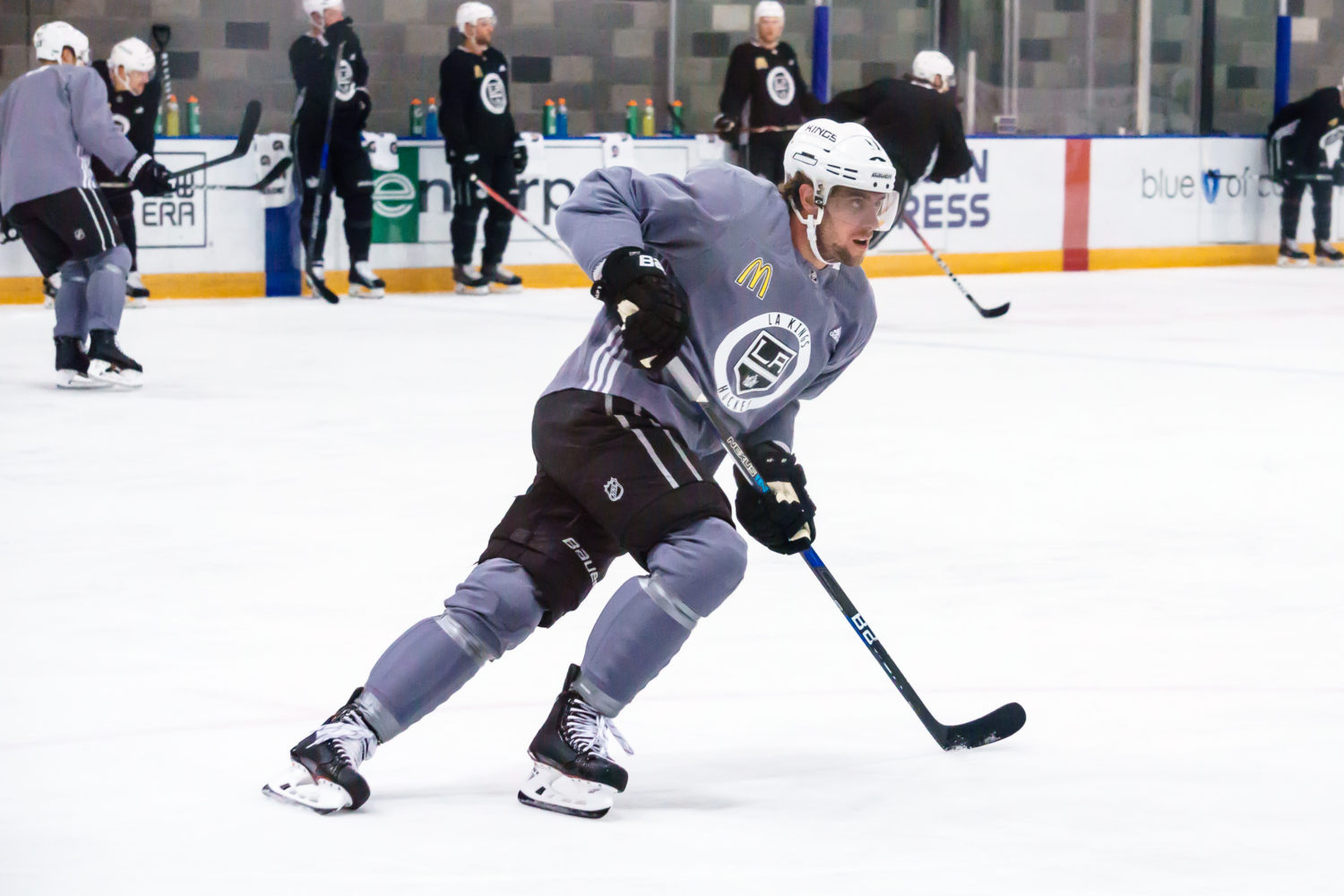 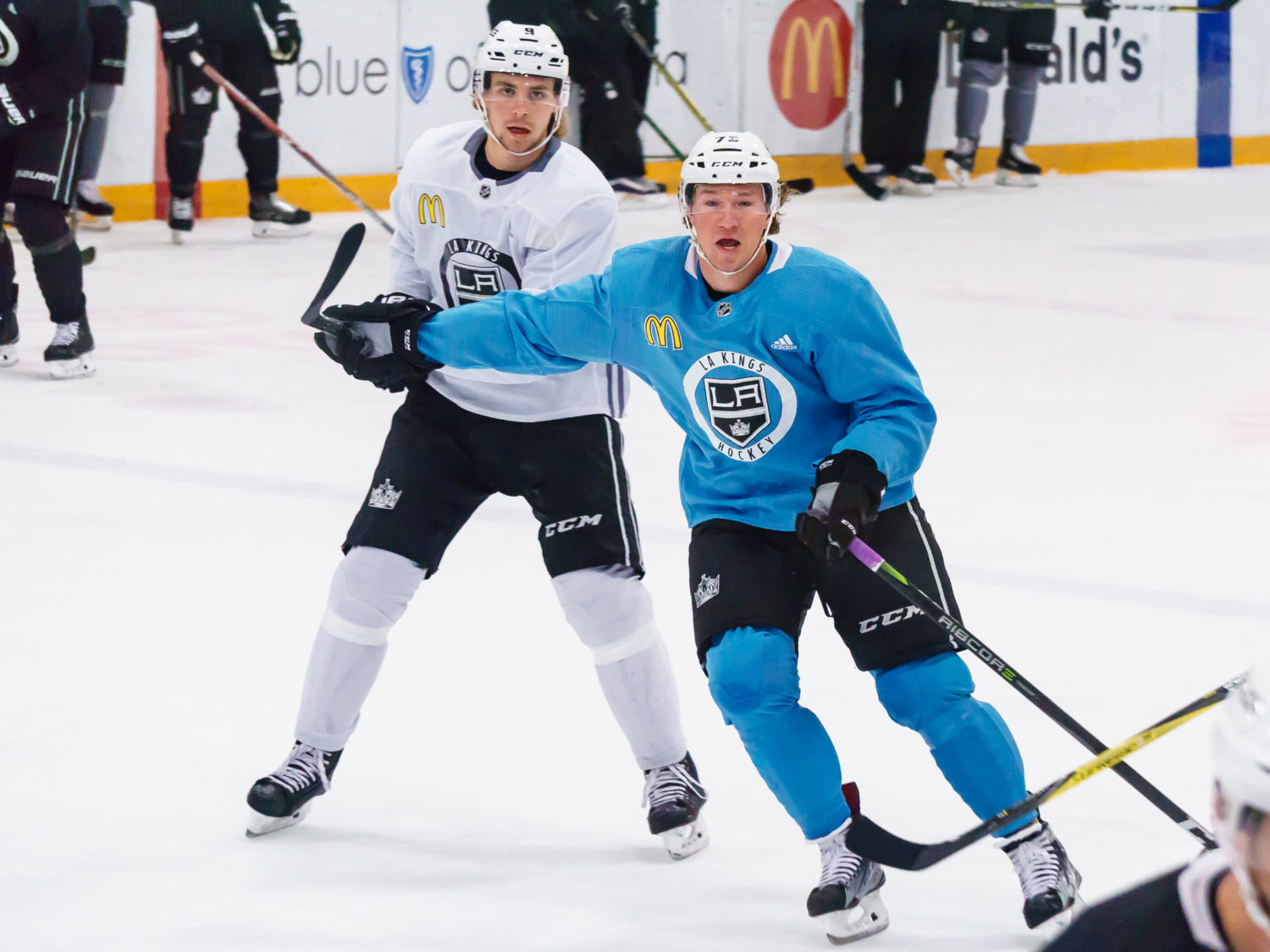 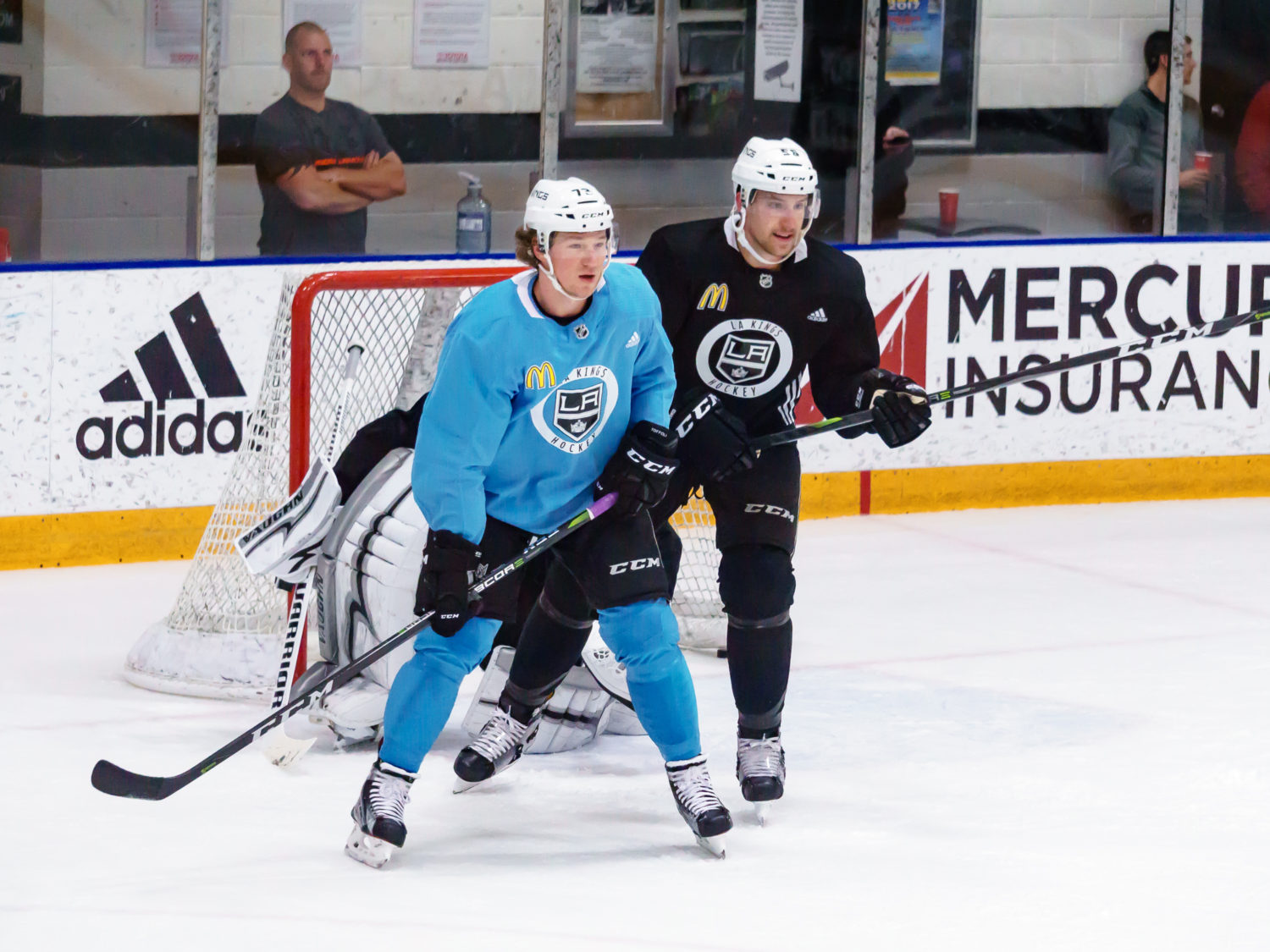 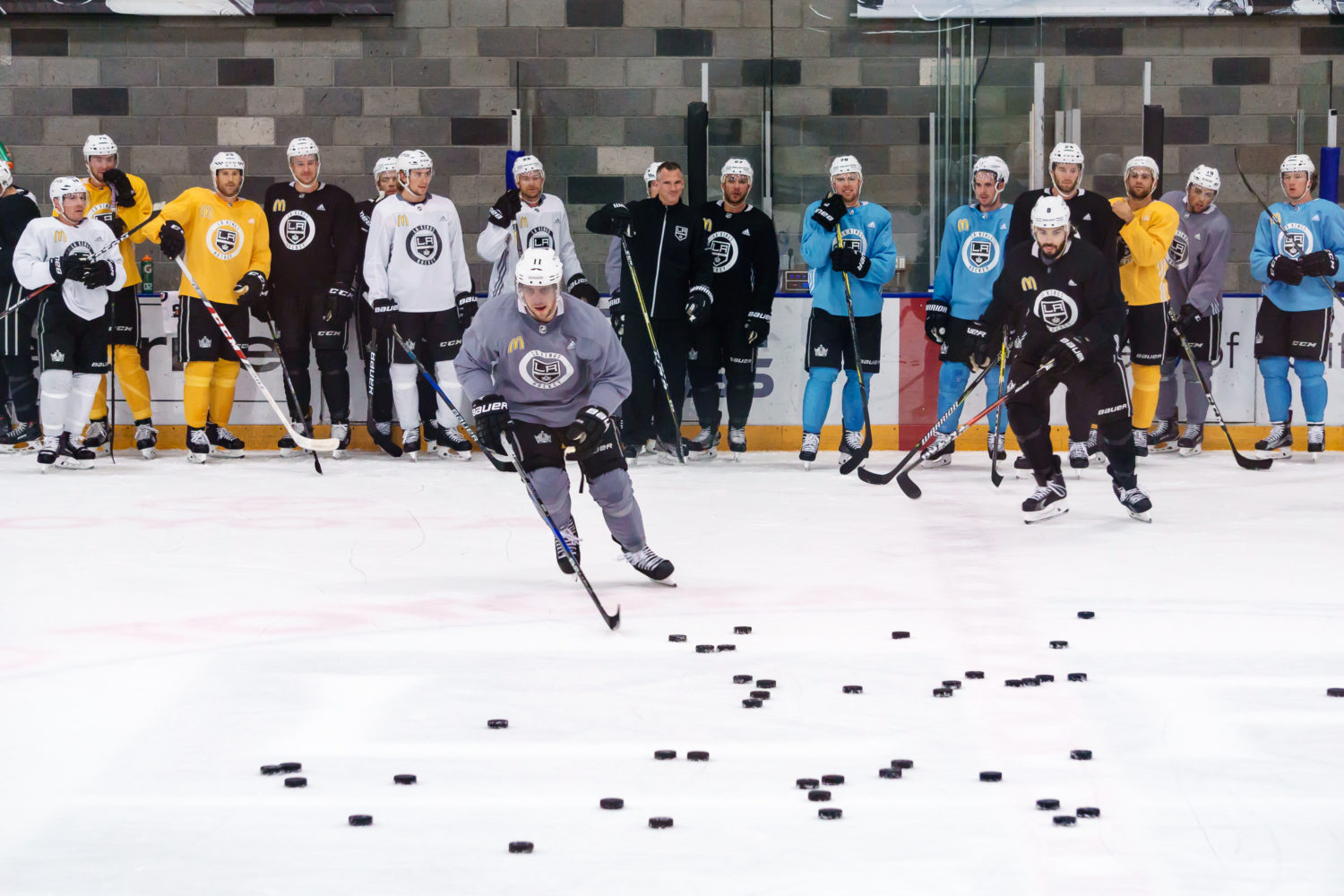