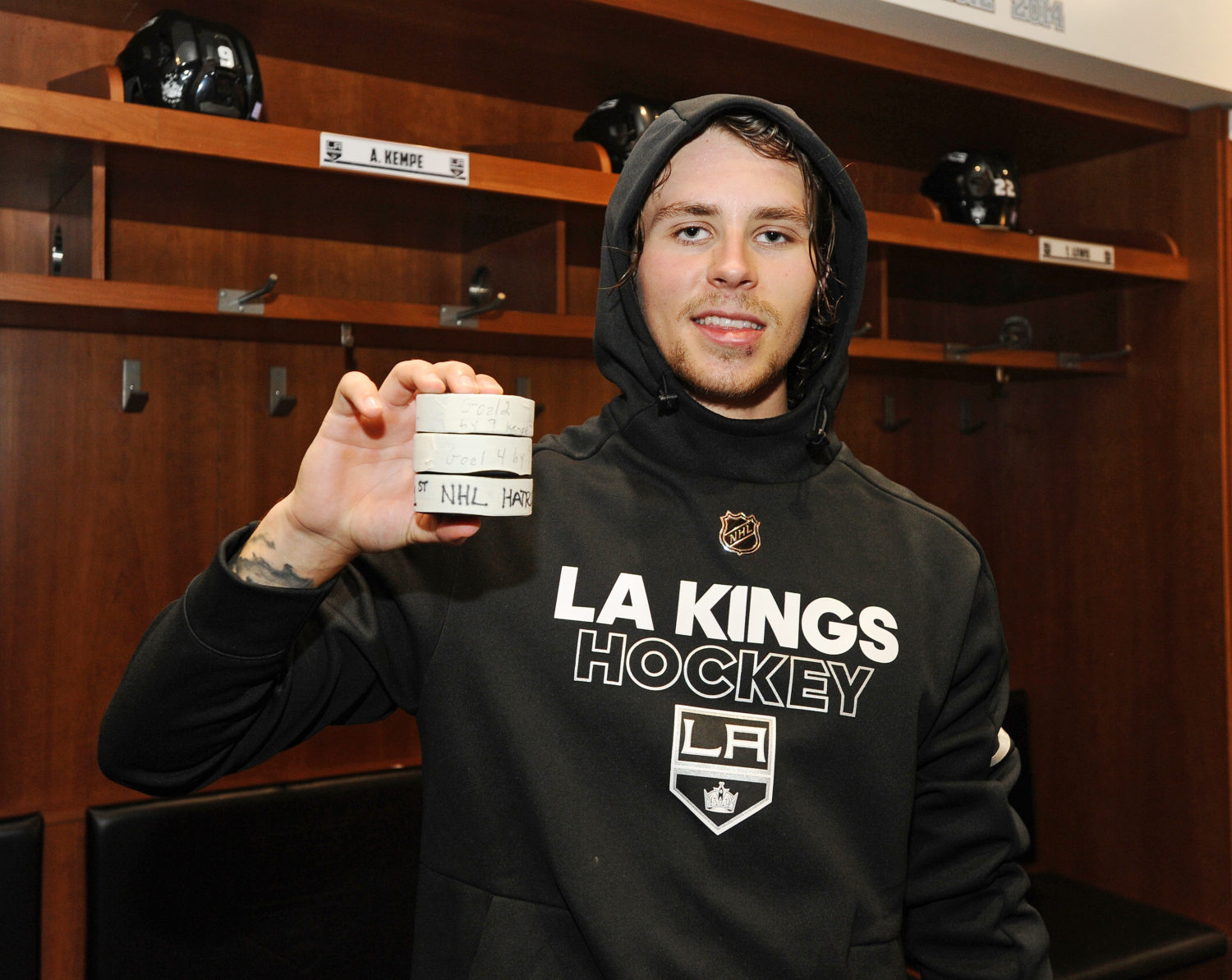 Michael Cammalleri, on taking care of business at home before a road trip:
There was an awareness of that. We were happy with the first five-game segment at home with only one road game, but also an awareness that you have a second five-game segment here with one last home game. You want to make sure to try and grab those two points, so that’s a positive.

Cammalleri, on his personal contributions:
It was nice to contribute tonight. I thought Adrian obviously had a really good game. It just felt good. It felt good to contribute, certainly.

Cammalleri, on his line’s chemistry as the game progressed:
It’s been one of those things where we’ve been working on it together a little bit here over the past couple weeks. Sometimes when you get a little bit of a result, it adds to the conviction.

Cammalleri, on Adrian Kempe’s skill:
His skating ability allows him to be so effective. It’s a matter of him really just finding the way he’s going to be successful at this level, and more importantly, starting from our end out. The less time we play in our end, the better we play defensively, and it allows to go and have some energy for offense.

Cammalleri, on his first goal:
It’s just a reactionary thing. Jake made a good play trying to find me there, they got a stick on it, and I was just trying to get as much – you tend to say wood but they aren’t made of wood anymore – as composite on it as you can, swing at it.”

Adrian Kempe, on his game-by-game progress:
I think I’ve played better and better. I know I haven’t played that much since I had looked forward to, so it’s always tough when you don’t get as much ice time as you want, but you’ve got to fight and keep working hard every day and don’t quit. I had a chance to play more tonight. It was tough for the team that Carts got out, but it was a chance for a person to step up, and I had my chance and I scored on my chances, so it was pretty good.

Kempe, on whether his confidence grew as the game progressed:
Yeah, obviously I was looking for the first goal before the game, and sometimes you kind of overwork and chase a little bit too much, and after you get the first one, you feel a bit more comfortable about yourself. Everything felt [inaudible], so that was exciting for the line, for the team.

Kempe, on his reaction to the hats hitting the ice:
Obviously I was just feeling it for the moment. After I had the second one I was just feeling very comfortable on the cie. We got in on the forecheck, and I was just feeling the puck was going to come to me, and I got it and I scored, so that was big. Most important, the team won, and I;m most excited for that.

Kempe, on how hard it is to slow up on a play and find his spot:
Obviously it’s hard. As I said before, the games before, I think I chased a little bit too much, and sometimes we work a little bit too hard with too much and you’ve got to be more patient sometimes. After I had two goals, you obviously get more comfortable and patient, too, on the ice. I was just feeling that the puck was going to come to me there on the third one, and it did, so I was excited for that.