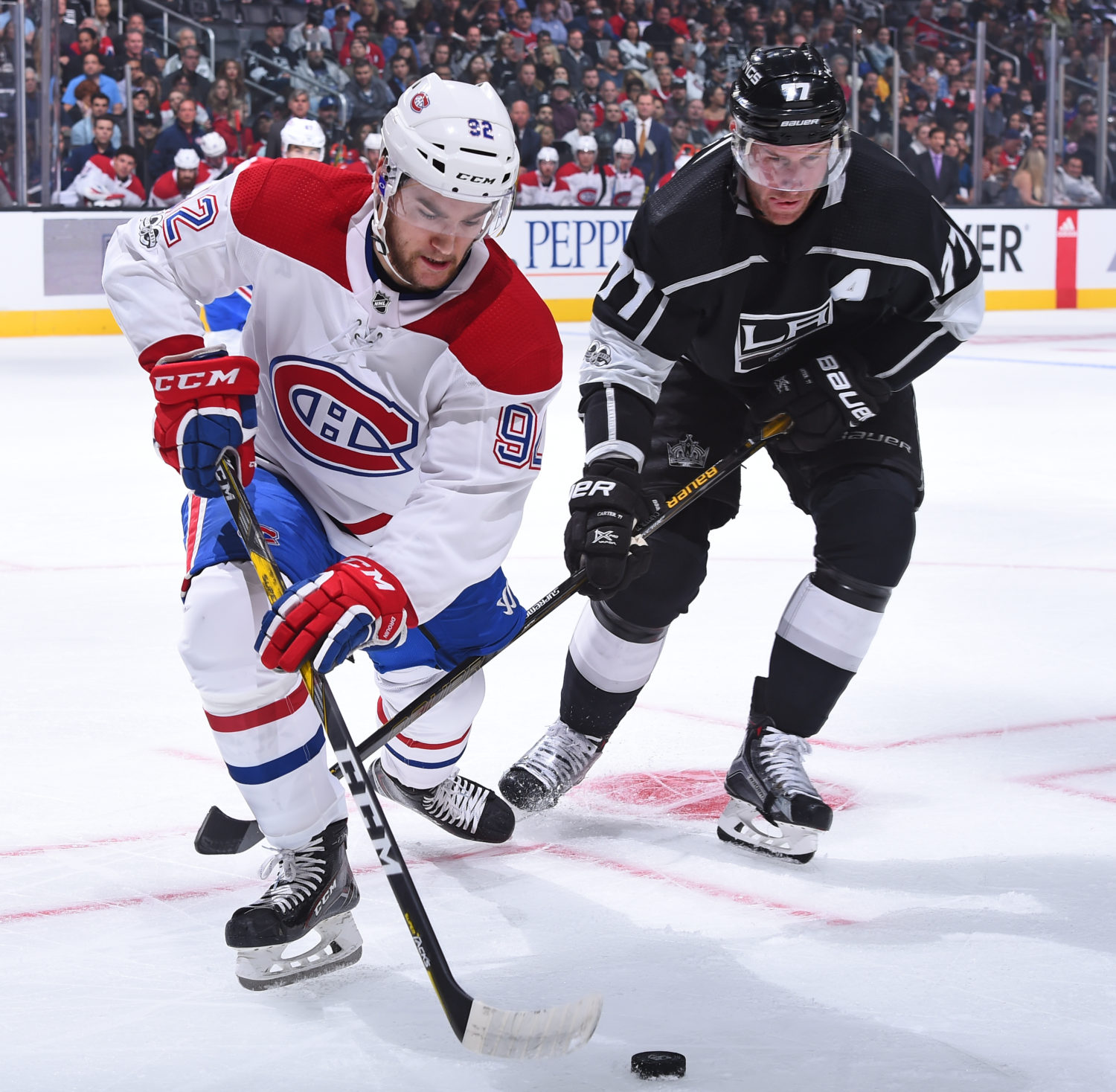 The Kings lost Jeff Carter to a lower-body injury as the result of a hit from Jeff Petry along the boards late in the first period of Wednesday night’s 5-1 win over the Montreal Canadiens. “Going to be a little while,” a team source told LA Kings Insider about the severity of the injury.

“Once we get a further evaluation tomorrow, I think Blakey will probably inform the media of what we’re dealing with and move on from there,” Stevens said when asked about the injury after the game.

The injury has the potential to put a strain on Los Angeles’ center depth, where there is a divide between skilled leadership pillars in Anze Kopitar and Carter, and the less tenured options in players such as Nick Shore, Andy Andreoff and Adrian Kempe, the latter of whom recorded a hat trick on Wednesday to represent his third, fourth and fifth career NHL goals.

The Kings already had an open roster spot in the wake of Kyle Clifford’s upper-body injury and Justin Auger replacing Jonny Brodzinski, so there are now two vacancies that are likely to be filled by forwards. Earlier this week, I did not have the sense that the team was on the verge of signing Brooks Laich, who has continued to practice with the club without a standard player contract as he remains in shape while identifying his next playing option. Should that change, and/or whether the team will look to AHL-Ontario to fill its roster needs is likely to come into clearer focus on Thursday when the team practices at Toyota Sports Center in advance of a lengthy road trip.