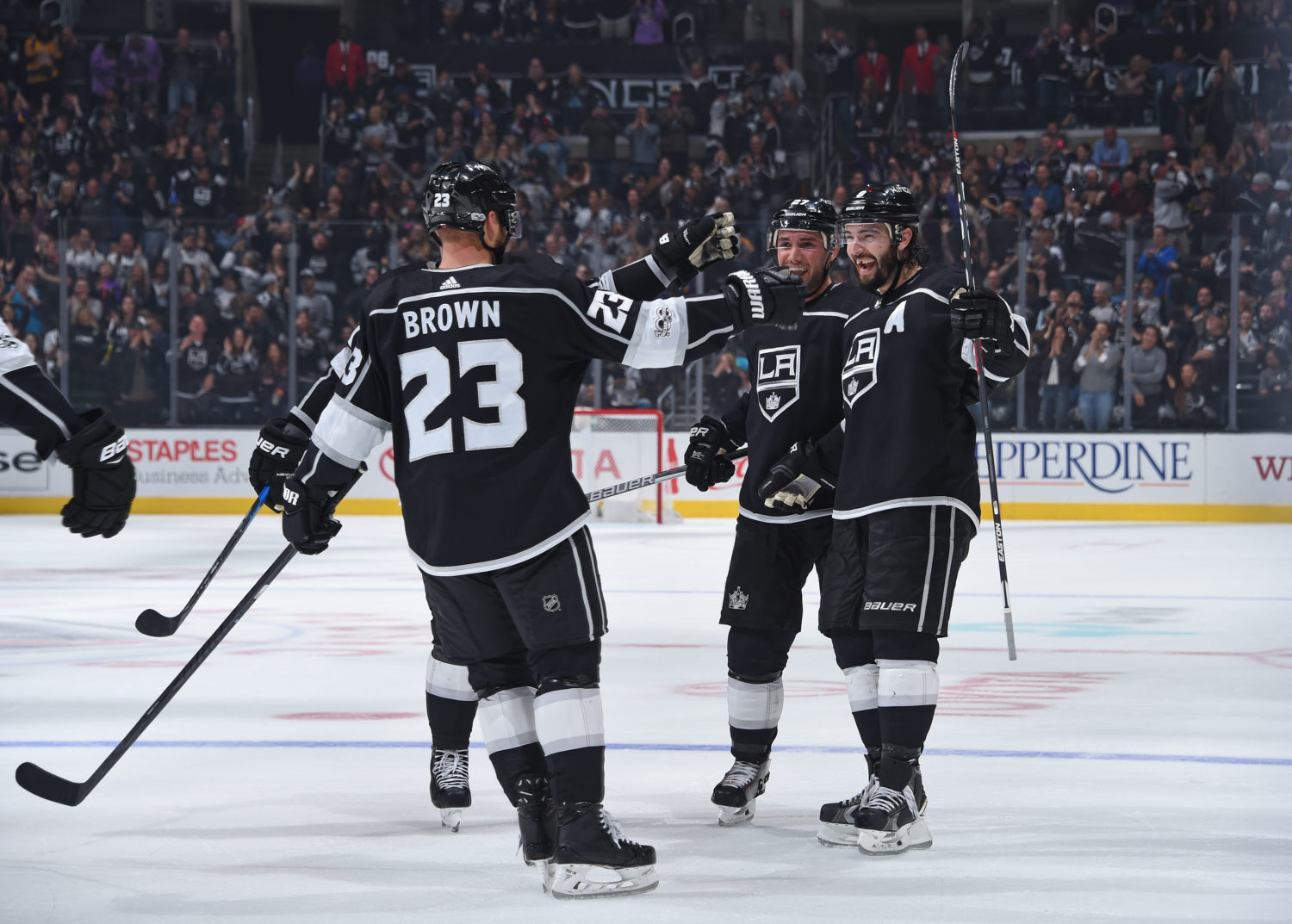 There’s probably a narrative that the Kings took a while to get going before they ultimately found their legs, and yeah, well, that’s probably true. The first period was their worst period of the young season in terms of sloppiness and attempts to build more than a lukewarm compete level, and by the latter stages of the second period, their pace of play and engagement had risen. But, over a 60-minute snapshot, Saturday’s game evolved into what we generally come to expect from this club. They ended up controlling possession, and, over the final 40 minutes, claimed the majority of both the A and B-type scoring chances and benefited from high-quality goaltending. It was a rough result for the visitors. The Sabres entered the night with one point from their first four games and with a renewed focus of getting bodies and pucks to the front of the net in an effort to cash in on some grease, and their efforts surely could have resulted in at least one point, and with a few more fortunate bounces, perhaps two, given the way their top player in Jack Eichel emerged with a standout performance. But, a lack of contributions from depth lines, an untimely offensive zone trip by Evander Kane, and a clean win on the ensuing faceoff by Jeff Carter set the wheels in motion for Drew Doughty’s end-over-end game-winner from the left point and two more important points in the bag as Los Angeles looks to take advantage of its home-heavy early schedule. 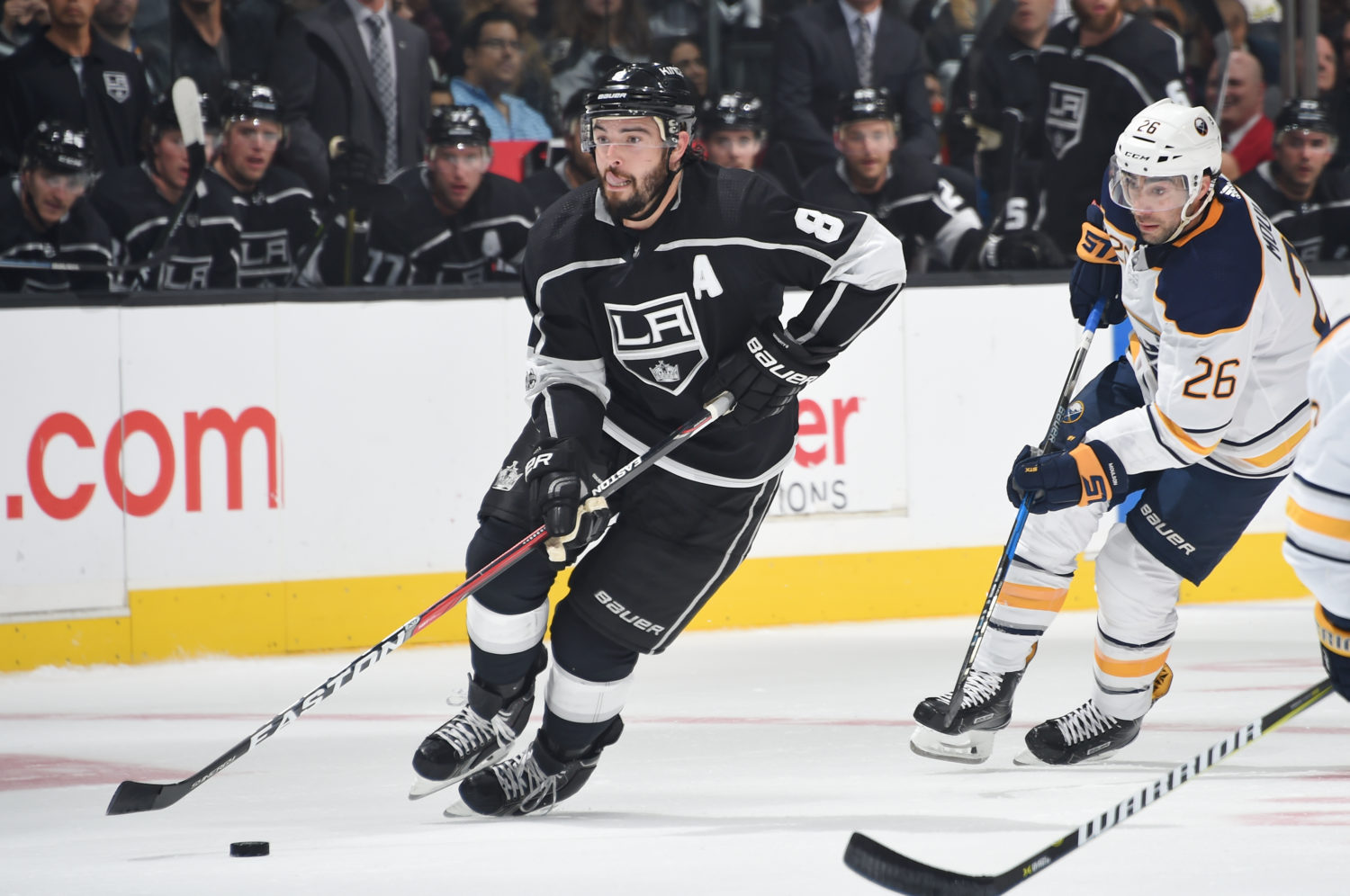 The damage was done on the power play, but there was another solid performance etched out by the Kings’ top two lines. The Kopitar line enjoyed a quality amount of zone time but essentially battled the Sabres’ top players to a draw, allowing for the Carter line to tilt the ice and generate a good portion of the five-on-five chances. Los Angeles also found success entering the zone and generating looks from the left side of the ice, a notion backed by Corsica Hockey’s heat map. But, of course, the story of this game was the power play, and essentially, the three-for-three performance was the demonstration of market correction. After getting their legs going in the opener, the Kings generated terrific looks on the power play against San Jose one week ago and carried that momentum despite the long layoff into the Calgary game. They didn’t score with the man advantage that night, but they did net an even strength goal one second after a power play had expired and before the player in the penalty box had rejoined the play. Momentum doesn’t necessarily carry game-to-game, but with such a quick turnaround in advance of Sunday’s visit from the Islanders, it’ll be interesting to see if the power play rhythm bleeds into the second half of the back-to-back. 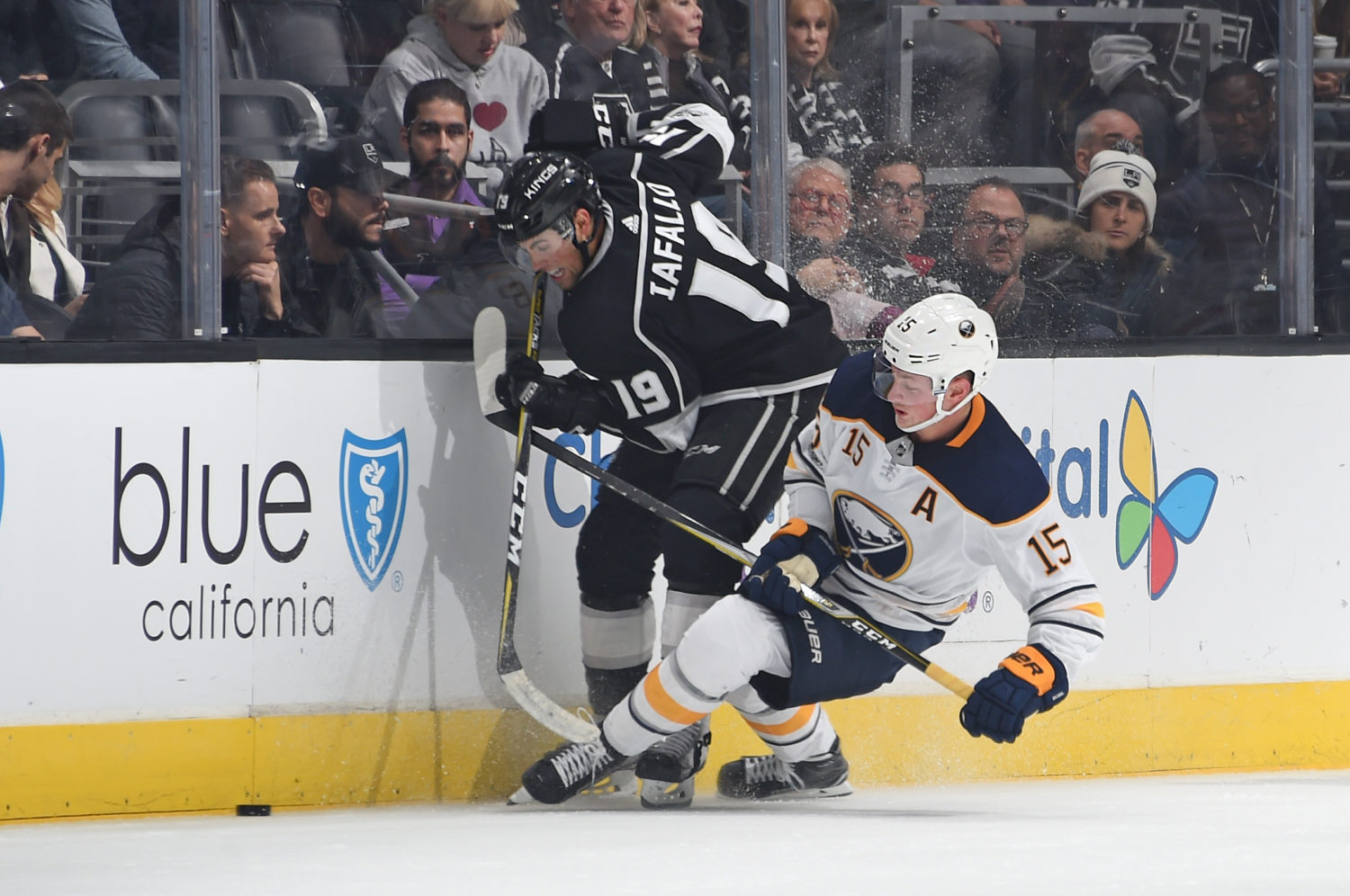 With Alec Martinez’s return, the minutes allotted to the defensemen were noticeably impacted, and the Kings are showing better right-defensemen depth than in virtually any moment since Slava Voynov’s departure. With Martinez eating up 23:28 of ice time behind Drew Doughty’s 25:39, there was less time available for Christian Folin, who logged 12:52, partly because he was absent for an 11-minute stretch in the first period. Folin was fine and maintained his physical element while on the ice, but with Paul LaDue also available when needed, there are better options available to the team on the right side. Up front, as noted, much of the heavy lifting was done by the Kopitar line, which banked on 20:46 from Dustin Brown as his resurgence continued, 21:12 from a workmanlike Anze Kopitar and 18:29 from Alex Iafallo, who continued to show good instincts around the net while managing the puck well and not forcing any plays. 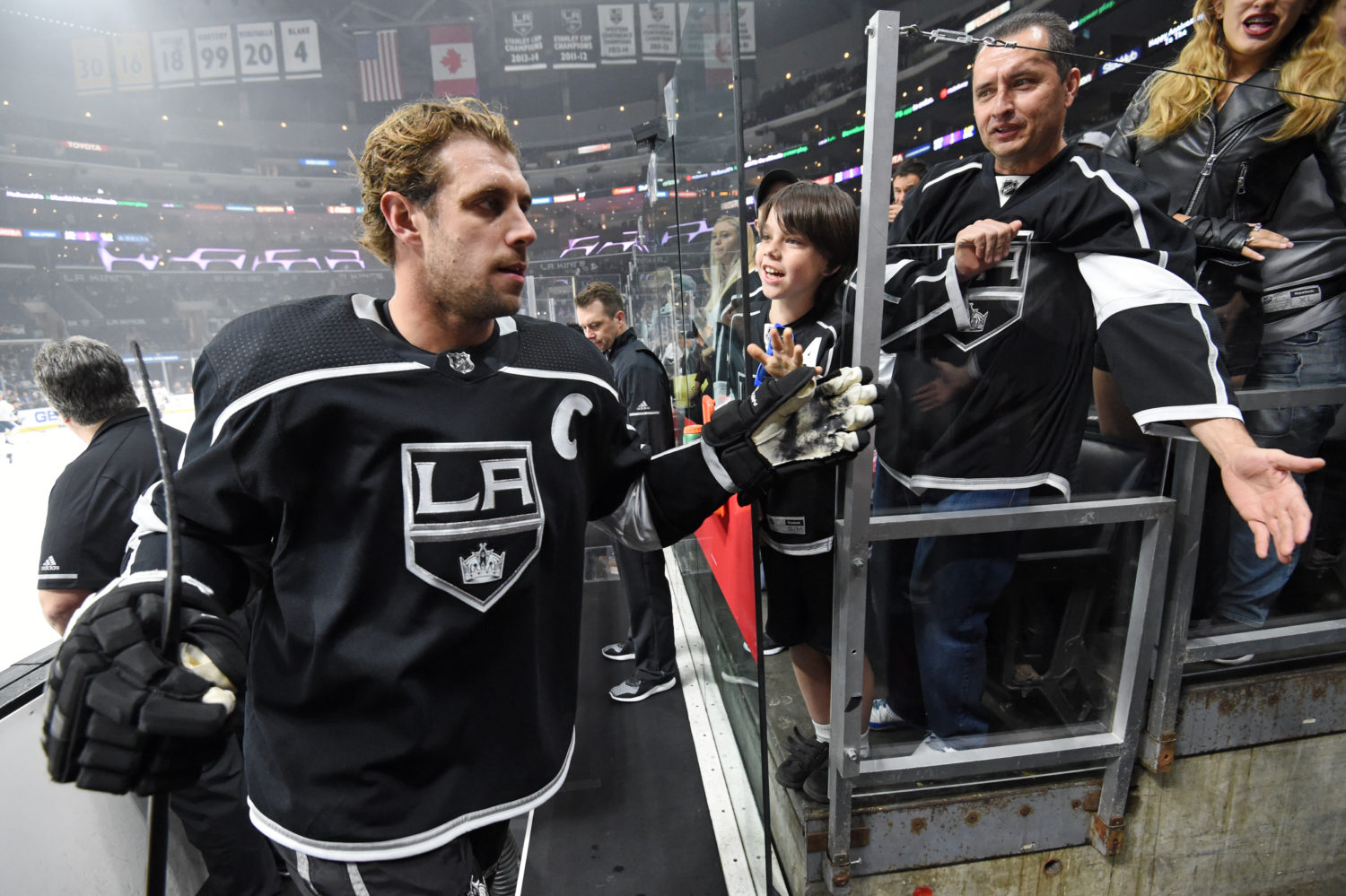