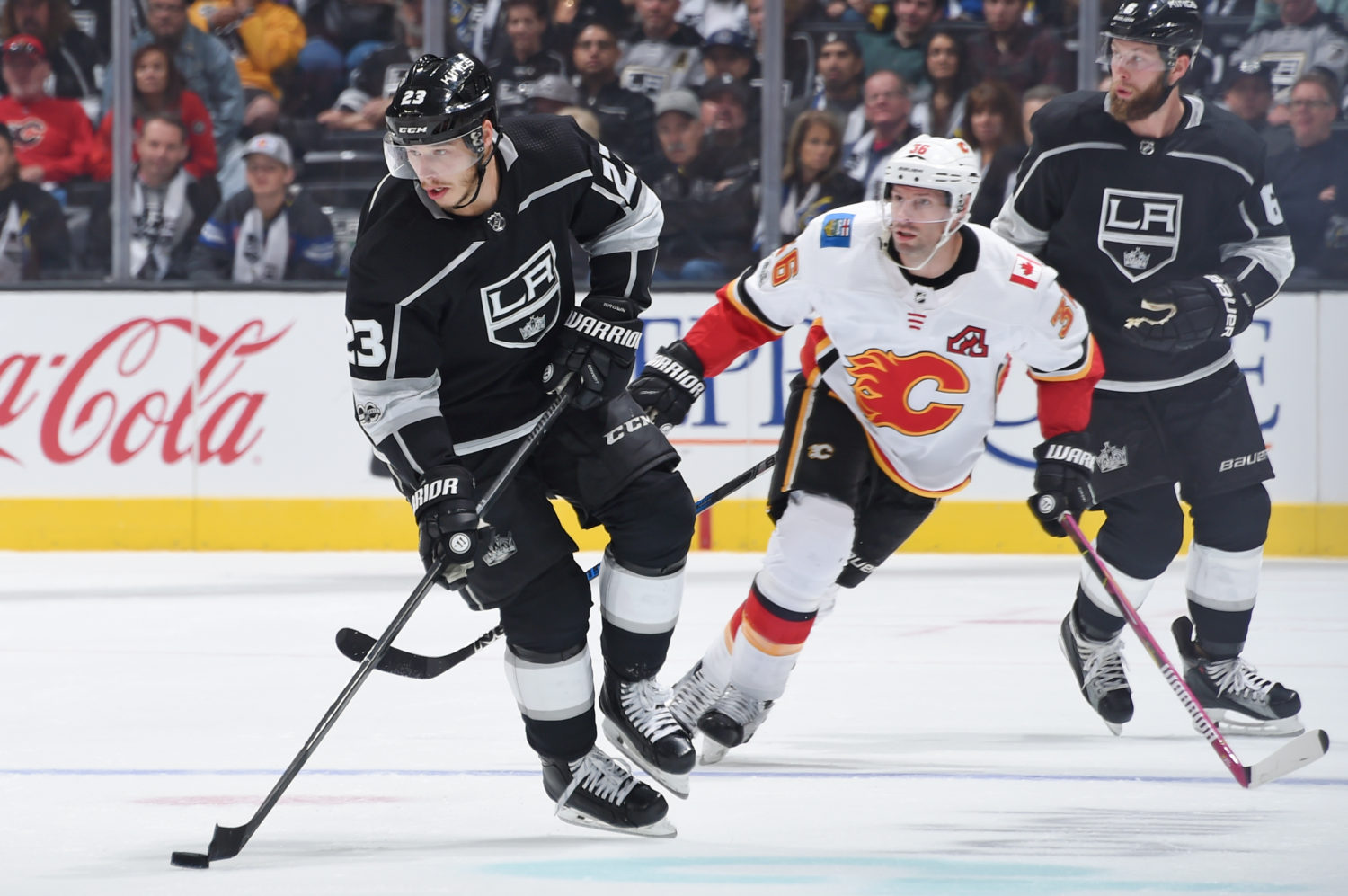 Anze Kopitar, on the overtime loss:
We had the lead late in the third. You definitely don’t want to give that up. At the end of the day, it still is a point that we’ll take. We can’t let that happen or become a habit where we’re giving up leads late in the third, especially at home. It’s a little sour taste in our mouth, but again, we got the point, and we can be somewhat satisfied with that.

Kopitar, on gaining momentum from the penalty kills:
The four-minute kill was obviously huge. I think it was pretty soon after that we got the first goal, and then I think we really started playing the game we wanted to play, which is in their zone – cycle and jump into open areas to score goals. We had the power play late, too, which wasn’t the greatest. We’ll have to work on it, but like I said, it wasn’t the greatest start. We picked ourselves up but just can’t give away leads.

Kopitar, on the developing rivalry:
It’s an emotional game, obviously. Especially within our division we want to stand our ground. Obviously there’s some push back that needs to happen, and it did.

Dustin Brown, on his line’s offensive rhythm:
I think it probably started when we were feeling pretty good earlier in the game. We were just connecting it all together probably towards the last five minutes of the second. We started making plays and we had a couple good looks before Kopi scored, and we just kind of rolled it into the third period. Had a lot of good looks in the third.

Brown, on whether surrendering a third period goal represents a “lost opportunity”:
I mean, you look at the third goal, we can’t give that guy a turnover just outside of our zone. If we put it in behind him, I like our chances with the way we play. He’s a really good player off the transition, off of turnovers. You’ve got to learn from that and move forward.

Brown, on whether Calgary was targeting Drew Doughty:
A lot of the stuff from last year, quite honest, I can’t even comment on what happened. It was so far behind the play I didn’t really know what happened. But if I’m on any other team, I’m targeting Drew. He’s a big part of our team, so that’s what you have to do to the other team. [Reporter: Is that what this rivalry has turned into, this kind of chippiness?] A little bit. Part of it’s that at the end of the day, they were in the playoffs and we weren’t last year. We’ve got to change that.