After an “outlier” of a season, Zatkoff joins competition in crowded goalie field 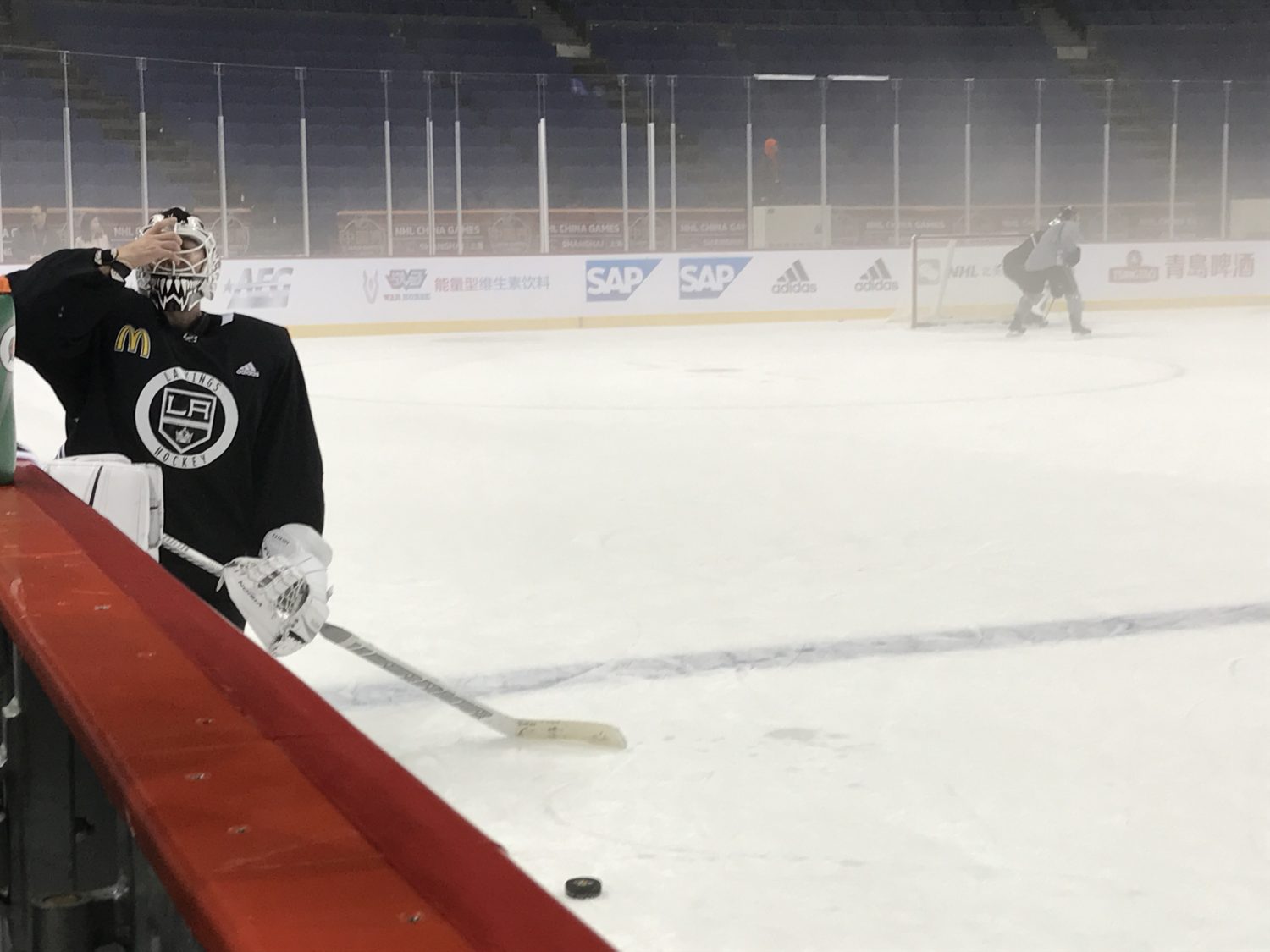 Jeff Zatkoff is eminently approachable and has always been a highly admired teammate with a positive outlook towards hockey and life outside of it. He’s also close to earning an accounting degree from Miami University and, before leaving for China, told NHL.com that he brought a textbook on the trip so that he might get a little bit of homework in when not playing, practicing or sightseeing. When he stands in net this season, he will do so wearing a new black-and-white, teeth and fang-adorned helmet similar to the one Felix Potvin wore in various styles and colors during his NHL career.

The 30-year-old is also focused and driven towards washing away the remnants of the most forgettable chapter of his professional career, an episode he doesn’t sugarcoat.

“Obviously last year didn’t go the way I wanted,” the Detroit native said. “I think if you look at my career as a whole it’s a pretty big outlier, so it’s a bad year.”

Zatkoff used the term “outlier” several times in the interview, and it’s clear he’s determined to return to the reliable standard of play he set as the steady back-up to Marc-Andre Fleury in Pittsburgh between 2013 and 2016. Signed to a two-year, $1.8-million contract in the summer of 2016, Zatkoff struggled to build regularity in his game and finished his first season with the organization that had drafted him in 2006 with a 2-7-1 record, a 2.95 goals-against average and an .879 save percentage.

There will be an opportunity to earn the role as Jonathan Quick’s back-up, but there is a crowded field of challengers. Rebuilding the goaltending pipeline has been a focus of the front office for the last two years, and over the off-season the team signed Notre Dame standout Cal Petersen and former Minnesota Wild goalie Darcy Kuemper to contracts. The summer prior, Los Angeles traded for Jack Campbell, who responded with his finest season as a pro as Ontario’s workhorse.

Kuemper is the favorite to earn a spot with the team, but the competition to determine who opens the year in Los Angeles will ultimately be based on merit.

“The team has to protect themselves, and I understand that,” Zatkoff said. “I just got caught up too much and I think everything last year, I didn’t even really play my game, so I just tried to approach camp to just show up and work hard and play where they need me to play and make sure I get my game back.”

He spoke about getting refocused and re-centered over the off-season, and given his approach and levelheadedness, it’s easy to envision Zatkoff returning unburdened by any of 2016-17’s emotional residue.

Again, his placement will be based on merit, so at the end of the day, he understands he’s going to have to stop pucks and win hockey games.

“I just want to play. I didn’t play at all last year,” he said. “I think I had eight starts and all my other games were coming in. For me, it’s just about playing. I’d want to play and I know I can play. I can play still. Like I said, last year to me was an outlier, so I just want to get back in there and prove myself, no matter where that is. Obviously we’ll wait and see how things shake out and what ends up happening here, so we’ll see what happens from an organizational standpoint.”

In the event Zatkoff does not earn the back-up role in Los Angeles, it is possible that position could be as a third goaltender in Ontario, though there are other options. The team does not see that as an ideal situation, but there may not simply be another role available within the organization. Though some goaltenders open their professional careers in the ECHL – Kuemper did so as a member of the ECHL’s Ontario Reign in 2011-12, as did Quick as a Reading Royals goalie in 2007-08 – a team source confirmed that there would be no plans for Petersen to play there this season. The team would have to get permission to assign Zatkoff to the ECHL, but that’s a non-starter for someone whose name is engraved on the Stanley Cup, and it’s doubtful the team would even ask. There exists the possibility that a goaltender who does not crack the opening roster is claimed off waivers, or traded, but at this point in the preseason, those transactions are purely hypothetical.

For now, Zatkoff is focused on what he can control – his own preparation, performance and focus to improve.

“Like I said, last year wasn’t good enough,” he said. “I know that, and I’m just trying to re-establish, re-prove myself because again, I think if you look at my career as a whole, that’s a pretty big outlier in my career compared to what I’ve done.”