12 Kings games to be broadcast nationally 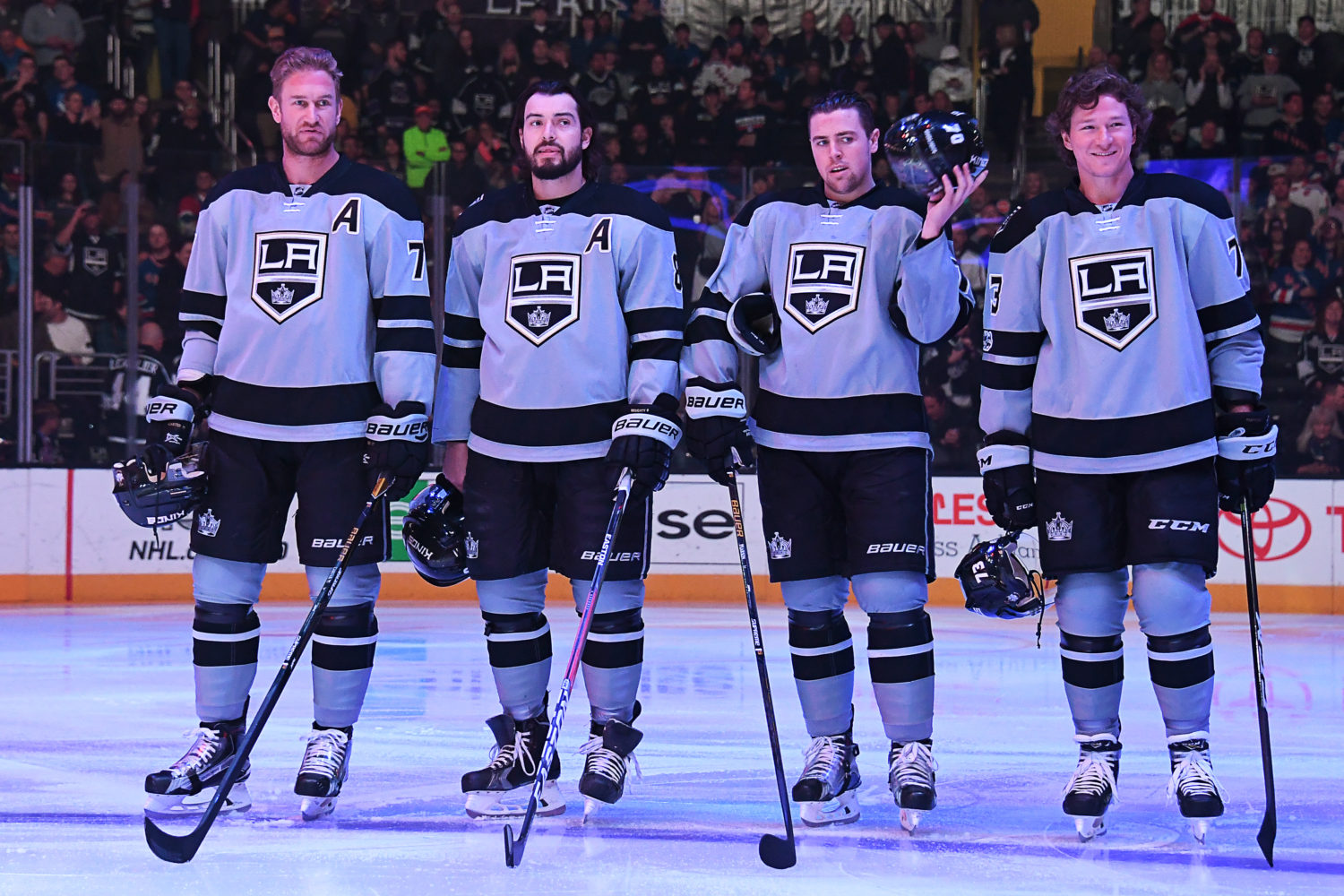 The Los Angeles Kings will appear on NBCSN 12 times in the 2017-18 season, the Kings and NHL announced in coordination with NBC on Monday.

–Please note that games scheduled for October 5 (vs Philadelphia), December 5 (vs Minnesota), December 28 (vs Vegas), January 2 (at Edmonton), January 18 (vs Pittsburgh), February 1 (at Nashville), February 27 (at Vegas) and March 15 (vs Detroit) have new start times.

-Los Angeles’ 12 games on NBC properties are the most in the Pacific Division and tied (with Minnesota) for the second most in the Western Conference, behind Chicago (via Puck Daddy). The only teams with more games broadcast nationally on NBC are Chicago (17), Philadelphia (16), Pittsburgh (16), Washington (15), Boston (15) and the New York Rangers (14). The expansion Vegas Golden Knights will be broadcast five times on NBC, twice against the Kings.

-NBCSN will televise seven games through the first week of the season, highlighted by the season-opener between the St. Louis Blues and two-time defending Stanley Cup champion Pittsburgh Penguins; the Detroit Red Wings’ first-ever regular-season home game at Little Caesars Arena vs. the Minnesota Wild on Oct. 5; the Vegas Golden Knights’ first-ever home game vs. the Arizona Coyotes on Oct. 10; and a Wednesday Night Rivalry clash between the Penguins and Washington Capitals on Oct. 11.

-NBC will air exclusive coverage of the 2018 Coors Light NHL Stadium Series in primetime on March 3, 2018, at 8 p.m. ET, when the Toronto Maple Leafs face the Capitals at Navy-Marine Corps Memorial Stadium in Annapolis, Md., home of the U.S. Naval Academy.

-The 2017-18 regular season on NBCSN will feature 23 Wednesday Night Rivalry telecasts, plus five Wednesday Nightcaps and five Sunday Night Hockey exclusive games. WNR will feature the biggest rivalries in the NHL, including Penguins-Capitals, Blues-Blackhawks, and Canadiens-Bruins.

-At least 53 of NBC and NBCSN’s 99 telecasts will feature at least one Western Conference team, and every U.S. team will appear on NBC or NBCSN in the regular season.