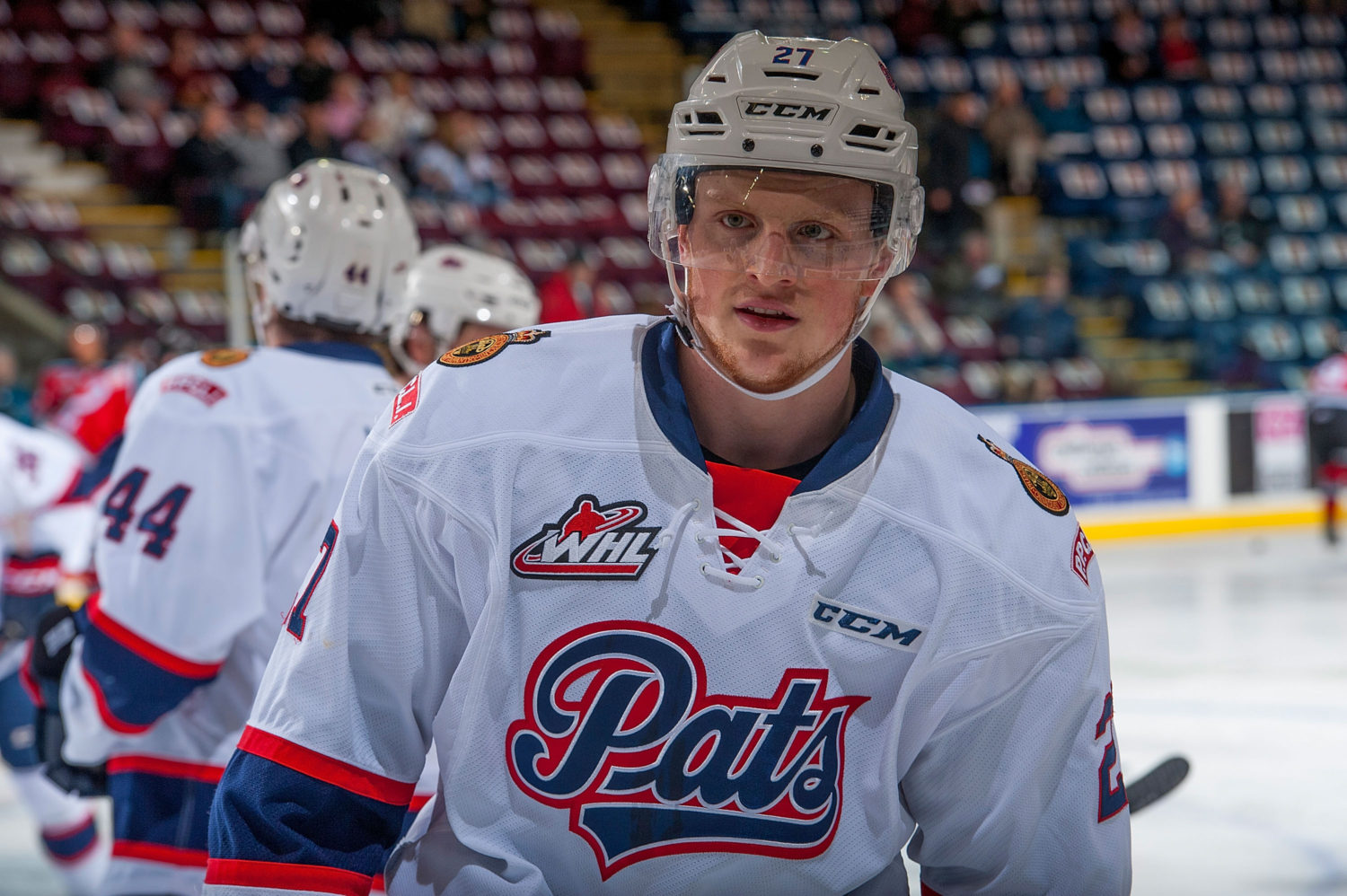 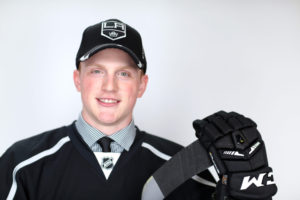 Fears over the health of an intriguing Kings prospect were confirmed on Thursday: Austin Wagner, who suffered a shoulder injury deep in the WHL playoffs and weathered additional heavy hits during Regina’s grueling championship series loss to Seattle, underwent June 7 surgery to repair a torn labrum and dislocated bicep tendon, according to Greg Harder of the Regina Leader-Post.

Surgery had always been an option, as Harder had noted earlier in the off-season.

Wagner, who led all league skaters with 16 playoff goals, totaled 30 goals and 66 points in 64 games during his 19-year-old Pats campaign. Using one of the most explosive bursts of speed in major junior hockey, the 2015 fourth round pick plays a fast north-south game and utilizes a quick release that has resulted in a number of breakaways and shorthanded opportunities. The Calgary native has 17 shorthanded goals, but only one power play goal, to go along with 249 penalty minutes in 238 WHL games. He signed his entry-level contract in early March and was expected to have an inside shot at an Ontario roster spot in 2017-18.

Wagner had an MRI shortly after the Pats’ season ended. When the damage was revealed, he discussed the best course of action with the Kings.

“I needed surgery anyway so we had to move forward as soon as possible and get it done,” he said. “With L.A. and what’s going on in the career that I have ahead of me, there wasn’t much of a decision.”

Due to the surgery, Wagner was unable to participate in L.A.’s summer development camp at the end of June. In a way, it was like a test run for his impending absence from training camp in the fall.

“It’s going to take time,” Wagner said of his rehab. “I can’t get too antsy. I’m going to miss some things but it’s not the end of the world.”

This calls into question where Wagner will play in 2017-18 and could ultimately play out similarly to the 2016 experienced by 2014 seventh round pick Spencer Watson. After suffering a wrist injury during the OHL playoffs, Watson underwent surgery that kept him out of action until midway through the 2016-17 season. Though he had previously been penciled into a role in Ontario last year, the team felt it would be a difficult to built up the requisite size and strength to play in the AHL as a 20-year-old – Watson is 5-foot-10 and weighs 170 pounds – having missed a large chunk of action and rehabilitating a wrist injury. As a result, Watson was returned to the OHL, where he was traded from Kingston to Mississauga shortly before returning from injury and experienced a productive 20-year-old season that saw his major junior career come to an end in the OHL championship. A 21-year-old, Watson will make his professional debut this coming season.

No decisions on where Wagner will play are expected to be finalized until he graduates into later stages of his off-season rehabilitation, but it’s not hard to envision a similar scenario. Regina, which will host the Memorial Cup in the upcoming season, is still a fine option given the circumstances, even if his prospects of playing professionally may be delayed by a full year. Wrote Harder:

Although Wagner is eligible to return to Regina for his 20-year-old season, he signed an NHL contract last spring and is projected to make the jump to the Kings’ AHL affiliate this fall.

Wagner’s return would be a huge boost to the WHL club — even if he’s not back until the second half. As the host team for the 2018 Memorial Cup, the Pats could be an appealing option if L.A.’s brass is willing to consider sending him back for an abbreviated final junior season.

“Obviously I’m going to do what I’m told,” said Wagner. “I’m sure whatever decision they make will be the best one for me. (But) we haven’t really talked about any of that stuff. I don’t really expect to yet because it’s still July. I just expect them to be there for support. They want me to get better as soon as possible.”

Again, nothing has been set in stone this early, but should Wagner be assigned to Regina instead of Ontario, a roster spot on the Reign would essentially be up for competition. His injury incrementally raises the possibility that Matt Luff, who totaled 25 goals and 49 points in 45 games with OHL-Hamilton and has shown positive signs of development since signing with Los Angeles as a free agent out of the OHL last September, could ultimately earn a spot as a 20-year-old. Major junior teams are allowed to carry three 20-year-olds, so Luff, like Wagner, can play either professionally or in the OHL next year.

Here are stick taps to Wagner, who suffered the injury during the third round before gutting through the remainder of the playoffs to arrive at the championship series, where he was on the receiving end of a Turner Ottenbreit charging major that temporarily sent him back to the dressing room in Game 6. He returned to score his 16th and final playoff goal on a breakaway (viewable three minutes into this clip), though Seattle won in overtime to end his 19-year-old season.