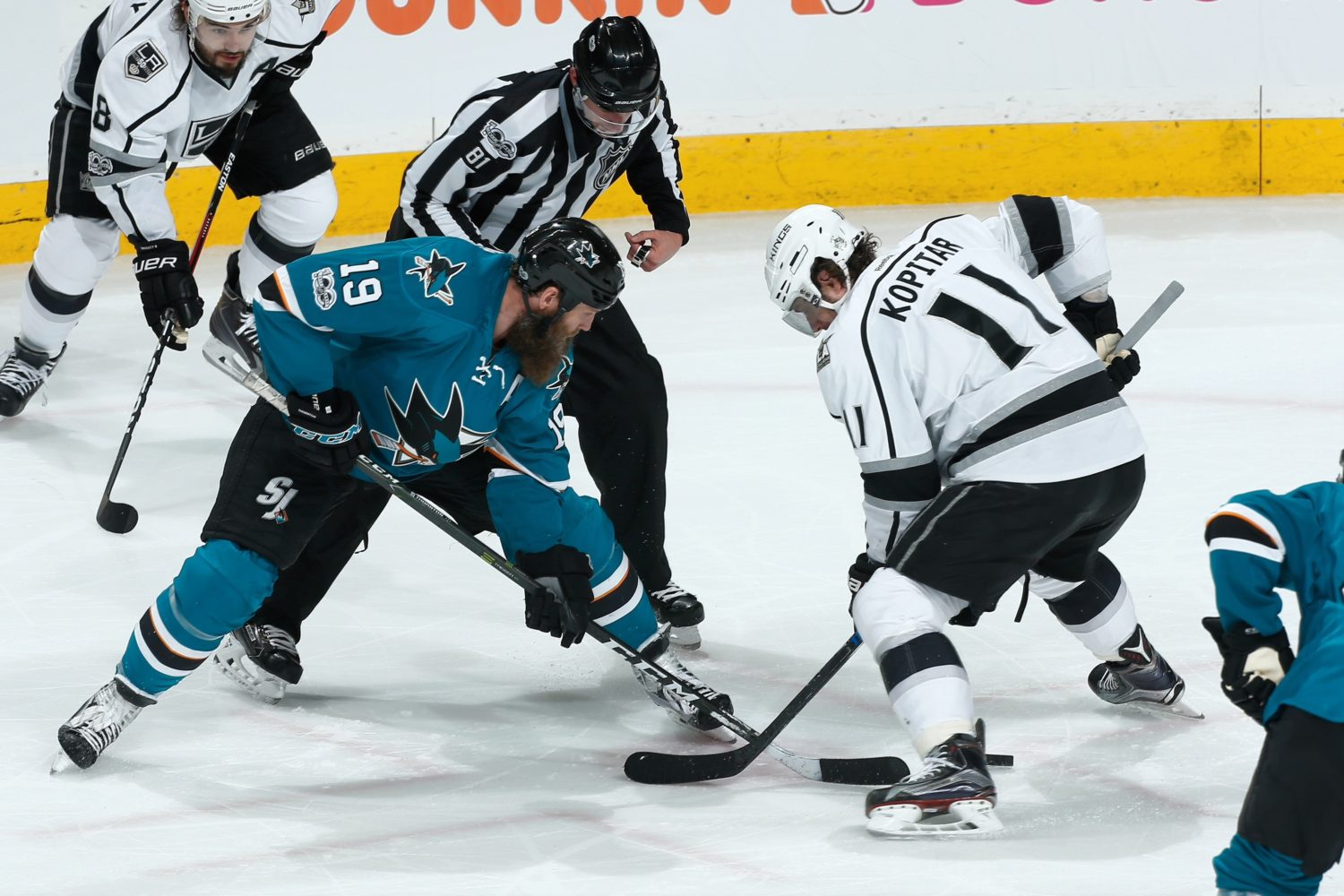 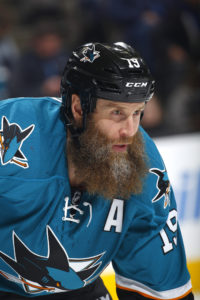 Since NHL teams were allowed to communicate with pending unrestricted free agents on Sunday, the Los Angeles Kings have been in contact with San Jose Sharks center Joe Thornton, LA Kings Insider has learned from multiple sources. Thornton, who turns 38 on July 2, totaled seven goals and 50 points in 79 regular season games in 2017-18 and has 384 goals and 1,391 points in 1,446 career NHL games.

LAKI has always assumed that the team would communicate with Thornton in the absence of a new contract with the San Jose Sharks, based not only on his relationships with several figures in Kings management – more on that in a moment – but because of what the Kings’ needs are this particular off-season. Los Angeles has been a dominant possession team without being a high scoring team for the better part of the last six-plus seasons, and it was articulated earlier in the off-season that the team needed to do a better job of taking advantage of that possession discrepancy. In trying to find players with the ability to turn possession into actual production, the team has placed an emphasis on finding players capable of distributing the puck into high-danger areas in the attacking zone. There might not be another player in the NHL – let alone unrestricted free agents – who is as gifted of a passer of Thornton, which places the team’s needs in concert with the future Hall of Famer’s skill set.

“We were near the bottom at getting the puck to the slot whether we were skating it or passing it so there were a lot of things that, the way goals are being scored now, that we weren’t having success in,” Blake said during John Stevens’ introductory press conference in April. “So when we talk about a review at the end of the year, that comes into play. Then we sit and we see what the structure, the system, the detail that will be influenced to correct that. Whether we’re going to be at the top of the league or not I can’t say that, but you don’t want to be at the bottom in those categories.”

On top of Thornton’s abilities are his relationships with key figures in Los Angeles’ front office. He played with Kings General Manager Rob Blake in San Jose, while Senior Advisor to the General Manager/Development Mike O’Connell was Thornton’s general manager when he played in Boston. On top of these relationships, Thornton also remains very close with Glen Murray, a figure in Los Angeles’ player development, and I’m told the two, who played together with the Bruins for three and a half seasons, regularly communicate.

To reiterate, there is only communication between the parties at this point. This is far from being anything that would remotely resemble a slam-dunk, and one significant factor that will affect Los Angeles’ pursuit will be Thornton’s desired contract. The Kings, who would appear to have enough cap space to be able to sign an impact player in free agency – click here and here for a look at L.A.’s cap situation – may simply not have enough space to be able to sign Thornton and complete an off-season checklist that will also require new contracts for restricted free agents Nick Shore, Kevin Gravel, Paul LaDue and Jonny Brodzinski, among others.

Via CSNBayArea.com’s Kevin Kurz, on Monday:

Whether they return to the Sharks could depend on the length of the deal. If other teams are willing to offer multiple-year deals to Thornton and Marleau, it makes their return to the Sharks less likely – particularly in Marleau’s case. Earlier in the offseason, NBC Sports California confirmed that Thornton was seeking a three-year deal, while Marleau preferred a deal of at least three years.

Thornton, who signed a three-year, $20.25-million contract with San Jose in January, 2014, played through a torn ACL and MCL during San Jose’s first round playoff series against Edmonton, totaling two assists in four games. He underwent successful surgery for the injuries in April and is expected to be ready for the start of the 2017-18 season.

I've always more or less expected Thornton to re-sign in SJ. But I've also heard from a source that LA considers Joe to be a "priority."