Tyler Toffoli and the Los Angeles Kings have agreed to contract terms that carry an average annual value of $4.6-million dollars, the team announced Wednesday. Though hockey operations was mum earlier in the day in regards to negotiations, this agreement abruptly puts a cap on on the Kings’ most important contract talks of the off-season.

This cap hit is good value for the team, while allowing Toffoli to cash in again on free agency in the 2020 off-season when he will be 28 years old and still in his prime. It also represents another positive check mark to the start of Rob Blake’s tenure as general manager. For Blake and Jeff Solomon to ink Tanner Pearson for four years at a $3.75-million per season, and, less than one month later, come to contract terms with Toffoli for under five million per, the team has checked off the two biggest boxes on the off-season list with minimal strain and at more than palatable expenses.

With Toffoli signed, the Kings have approximately $67.64-million invested in 18 players for the 2017-18 season, based on financials provided by Cap Friendly. (Jeff Zatkoff’s cap hit is not included in this sum, though Adrian Kempe’s is.) The 2017-18 salary cap is expected to be in the $73-77-million range, dependent on whether the NHLPA decides to exercise its 5% escalator clause.

Toffoli, selected in the second round in 2010, has 84 goals and 175 points in 293 career NHL games. His plus-90 career rating ranks third on the Kings’ all-time list and leads all active Kings. Battling an injury in 2016-17, he posted 16 goals and 34 points in 63 games while maintaining strong secondary metrics.

More to come Thursday, when Toffoli is scheduled to speak on a conference call. 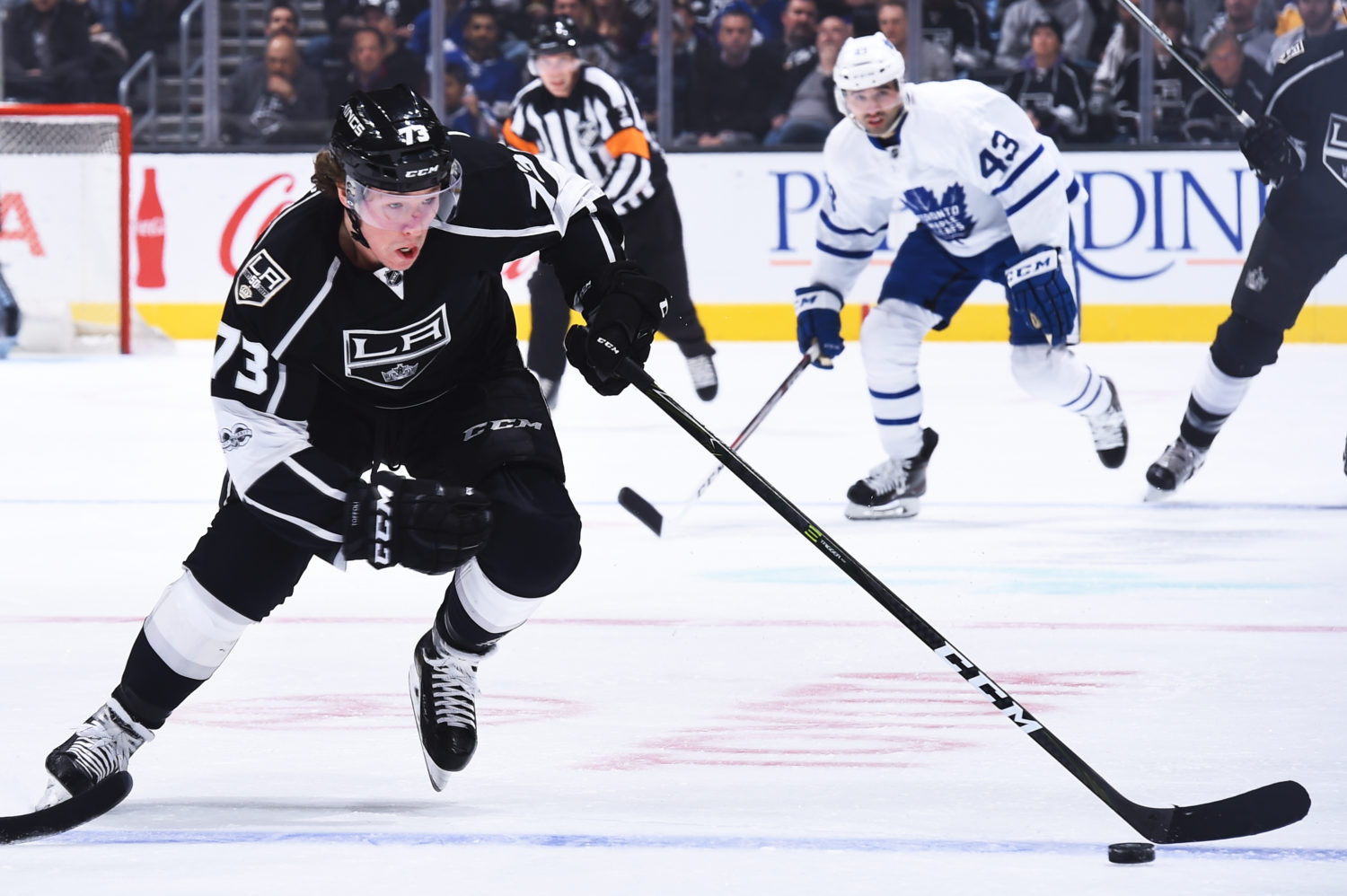