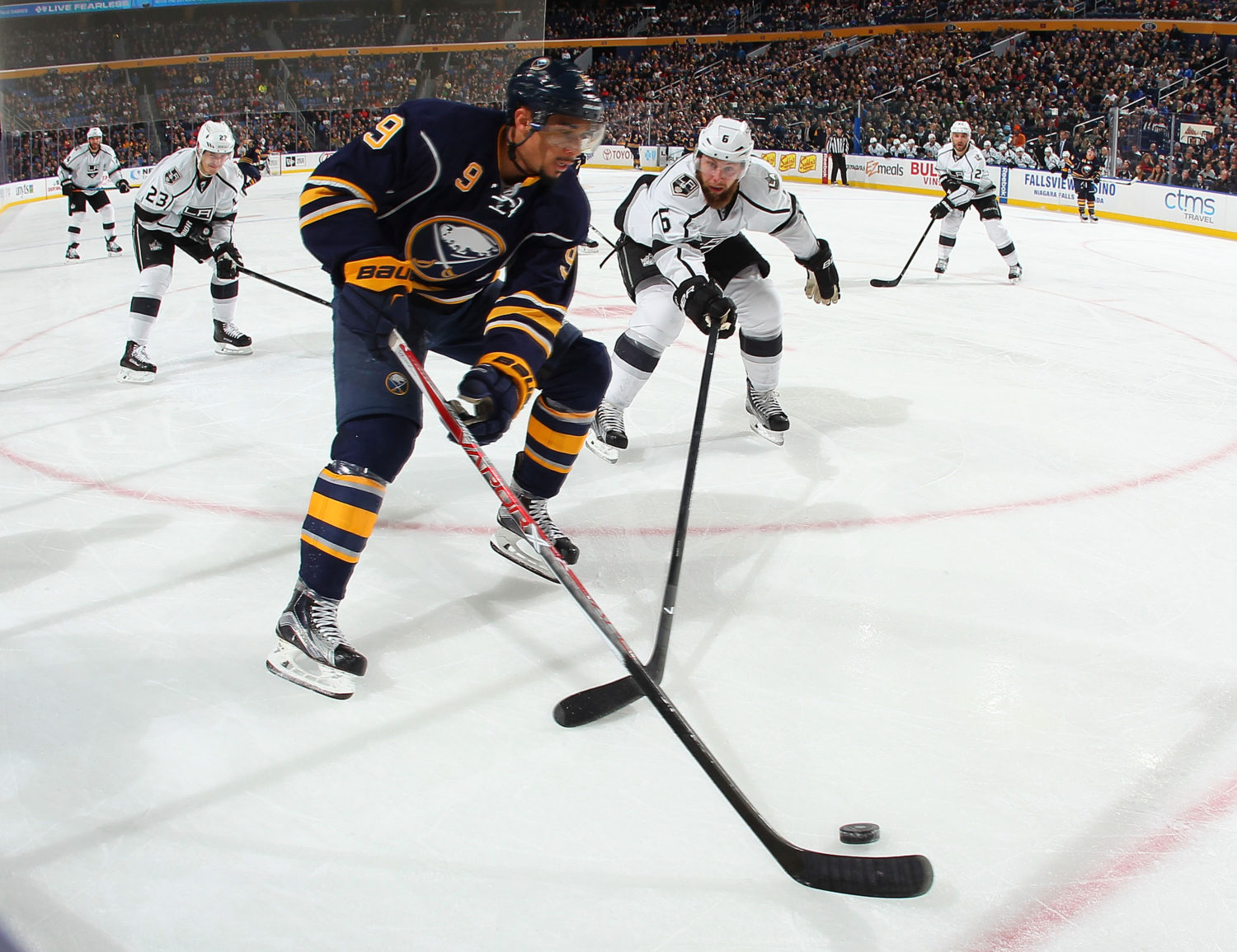 KANE REIGN? It appears as though Evander Kane may be moving on from the Buffalo Sabres. Elliotte Friedman reported this during Sportsnet’s coverage of Game 3 of the Stanley Cup Final, and referenced the Los Angeles Kings as a potential target. On his most recent Bobcast, TSN’s Bob McKenzie noted that Kane was “likely” on the move, and last night the Buffalo News’ Mike Harrington referenced the Kings, as well as the Vancouver Canucks, as potential trade partners.

This is a delicate situation for the Kings, who did not appear to show significant interest in Kane under the previous regime but are clearly intrigued by Kane’s 28 goals in 70 games as a 25-year-old. Kane is also a potential rental who has one year remaining on his contract at a $5.25-million cap hit.

Kane is also a player who has seemed to be followed by controversy, which has run from banal and juvenile, to very serious allegations.

I don’t have the easiest time envisioning this, and as correspondence with hockey operations again noted, the Kings are going to look at a lot of different options in their efforts to add offense. This next part is speculative, but I see a more likely trade partner in the Tampa Bay Lightning. Tampa Bay – like many teams – is interested in acquiring a puck-moving defenseman. Should the Kings be inclined to move one of their defenders who would otherwise take up a protected expansion draft spot, it would then be easier to protect seven forwards, three defensemen and one goaltender and would allow them to hold on to other forwards such as Nic Dowd and Trevor Lewis. Again, this is speculation; I haven’t yet spoken at length on the record with hockey operations about Los Angeles’ expansion mindset. Keep in mind other teams are also poised to trade intriguing defensemen for a forward, and Carolina, which has an abundance of talented young blue liners and will be looking to add offense, will also be a team to watch.

The more substantial recommendation is the first one, as teams would no longer be allowed to take time outs to rest weary players after an icing. Following this step, the proposed rule changes require approval by the NHLPA’s Executive Board and the NHL’s Board of Governors.

…and hosting a Reddit AMA, which is just winding down. More programming notes: Jeff Carter will join #HappyHours on SiriusXM Nascar at 4:30 p.m. later today.

NHL DRAFT. One of the better long-ish form pieces I’ve read in the last week or so surrounds Jaret Anderson-Dolan, the 21st ranked North American skater in NHL Central Scouting’s final NHL Draft rankings. Via Josh Horton of the Spokane Spokesman-Review comes a story about a player who has two mothers and has kept his cool despite experiencing some pretty jarring prejudice.

Jaret hears other players talk smack to him on the ice about his two moms, although it happens less in the WHL because he’s a respected player within the league.

But that’s far from the worst prejudice and discrimination he’s experienced.

When Anderson-Dolan was going through the WHL bantam draft process, some teams told him and his family they would not take him because of his two mothers.

Anderson-Dolan, with the talent to be picked in the top five of the draft, slipped all the way to No. 14 to Spokane.

“I can’t change people’s opinions. If that’s how they feel about it, I’d honestly rather not be in that organization if they’re going to be like that,” Jaret said. “I’d rather be in an organization with the Chiefs where they support it completely.

Anderson-Dolan, who had 39 goals and 76 points this past season, came off quite well for a player who won’t turn 18 until September 12, three days before the cutoff of draft-eligible players.