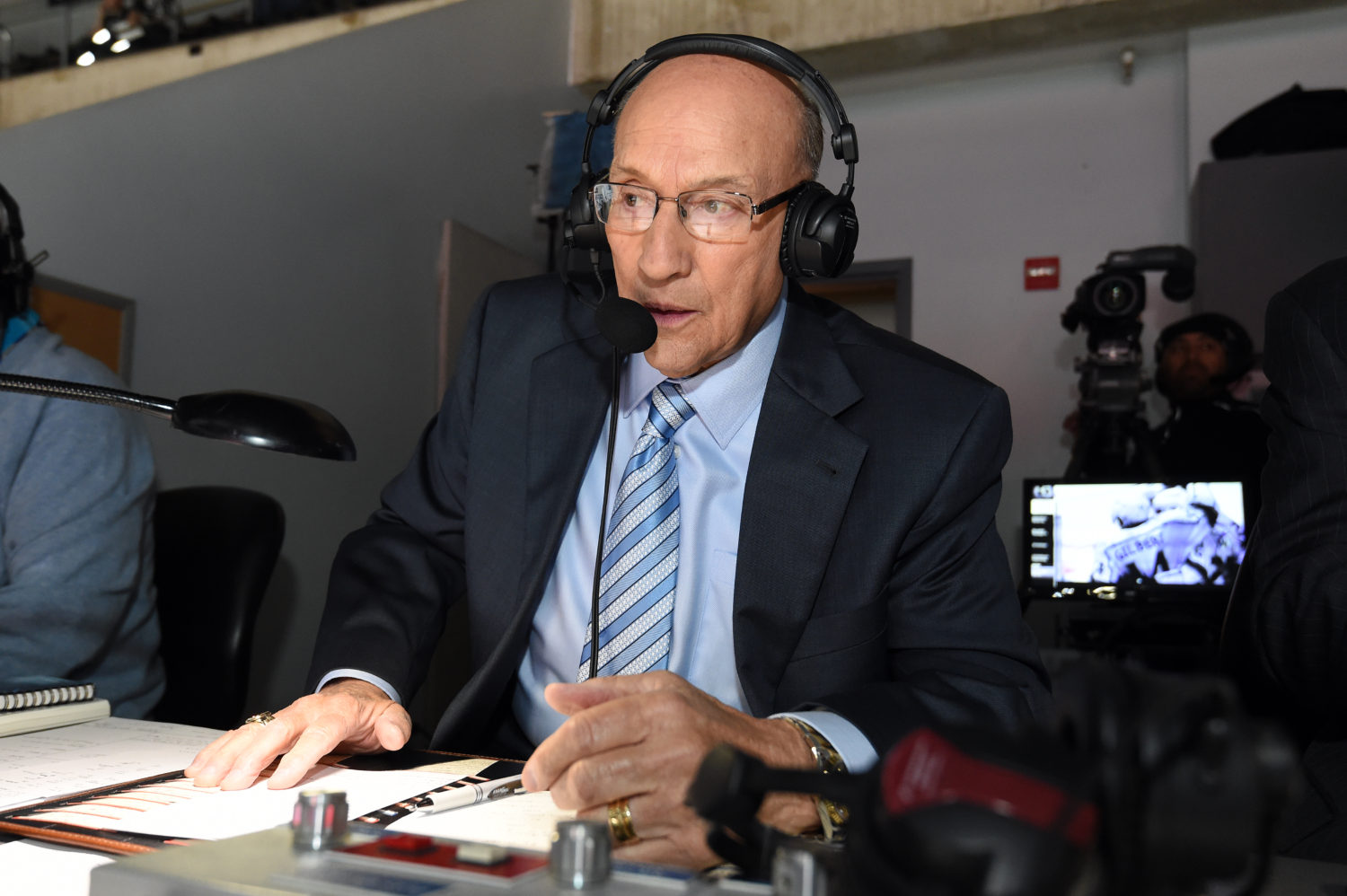 Hall of Fame announcer Bob Miller will be adding another honor to his legacy — the Los Angeles Area Governors Award.

Miller appeared on FOX Sports West’s Angels Live pregame show on Wednesday prior to the Angels’ game against the Atlanta Braves to announce that he will be 2017’s winner of the award.

Per the Emmys.com site, the Los Angeles Area Governors Awards goes to “an individual, company, or an organization for outstanding, innovative and visionary achievement in the arts, sciences or management of television that has made an industry-wide contribution which is either of a cumulative nature or so extraordinary and universal in nature as to be beyond the scope of the awards presented in the categories and areas of achievement.”

Previous winners include famed L.A. broadcasters Vin Scully of the Dodgers and Chick Hearn of the Lakers. The 78-year-old Miller announced his retirement last season after 44 seasons with the Kings.

“I’m always appreciative whenever I’m mentioned with those announcers and this is a great honor from the LA Area Emmys, the Governors Award,” the Miller said. “I know some outstanding people have won that before, I am humbled and honored to receive that recognition and look forward to that night at the Emmys.”

The Los Angeles Area Emmys are on July 22 at The Saban Media Center.

Here’s a look at his full segment on the show:

Congratulations to @LAKings Bob Miller for being a LA Area Governors Award Recipient! There is no one more deserving than you Bob! @Angels pic.twitter.com/UUVFpLJMBx