Waking up with the Kings: April 9 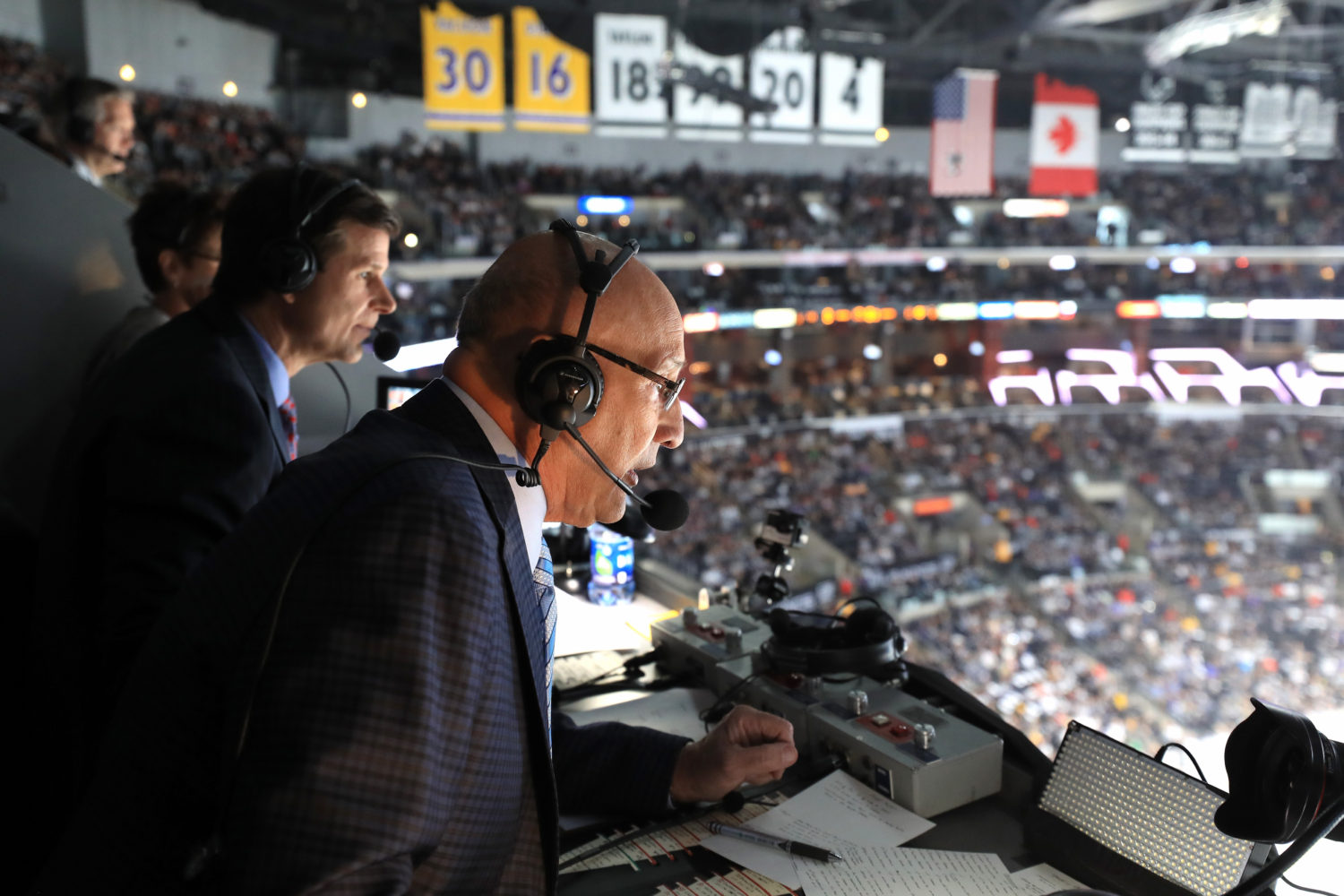 The actual on-ice events weren’t quite as important as the emotional surroundings of Bob Miller’s final home Kings game, but to start briefly with the actual ratchets and gears of Saturday’s 3-2 overtime win, Los Angeles and Chicago appeared to be going at three-quarters speed for the first two periods before a jolt of emotion provided a needed pick-me-up in the third. After Artemi Panarin celebrated an impending personal bonus of $1.725-million with his go-ahead goal, the Kings offered a push and were able to tie the game on a rush goal – those still exist! – as Jeff Carter’s centering feed was beautifully calmed down by Anze Kopitar, allowing Dustin Brown to backhand it past a vulnerable Corey Crawford as Jonathan Toews couldn’t commit himself to covering either Kings forward. It’s funny, Ralph Strangis and I have spoken about how rarely broadcasters in the modern game get to punctuate their goal call with “He shoots…he scores!” Most goals are grease-covered pinballing deflections, redirections and fourth attempt whacks that end up looking like this instead of attractive end-to-end rush chances, which is another reason why three-on-three overtime is so appealing. Again, Drew Doughty had his fingerprints all over the extra session as he denied Toews’ attempt to drive to the net, won a one-on-one battle, and then used his remaining stamina to sprint up ice and beat Patrick Kane before finishing off Carter’s perfect pass and leaping into the glass behind the goal. Interestingly, the teams with the two most wins in three-on-three overtime are Los Angeles (24 wins in 30 games) and Chicago (19 wins in 32 games), and the Kings are a perfect 3-0 against the Hawks since the introduction of the three-on-three session. 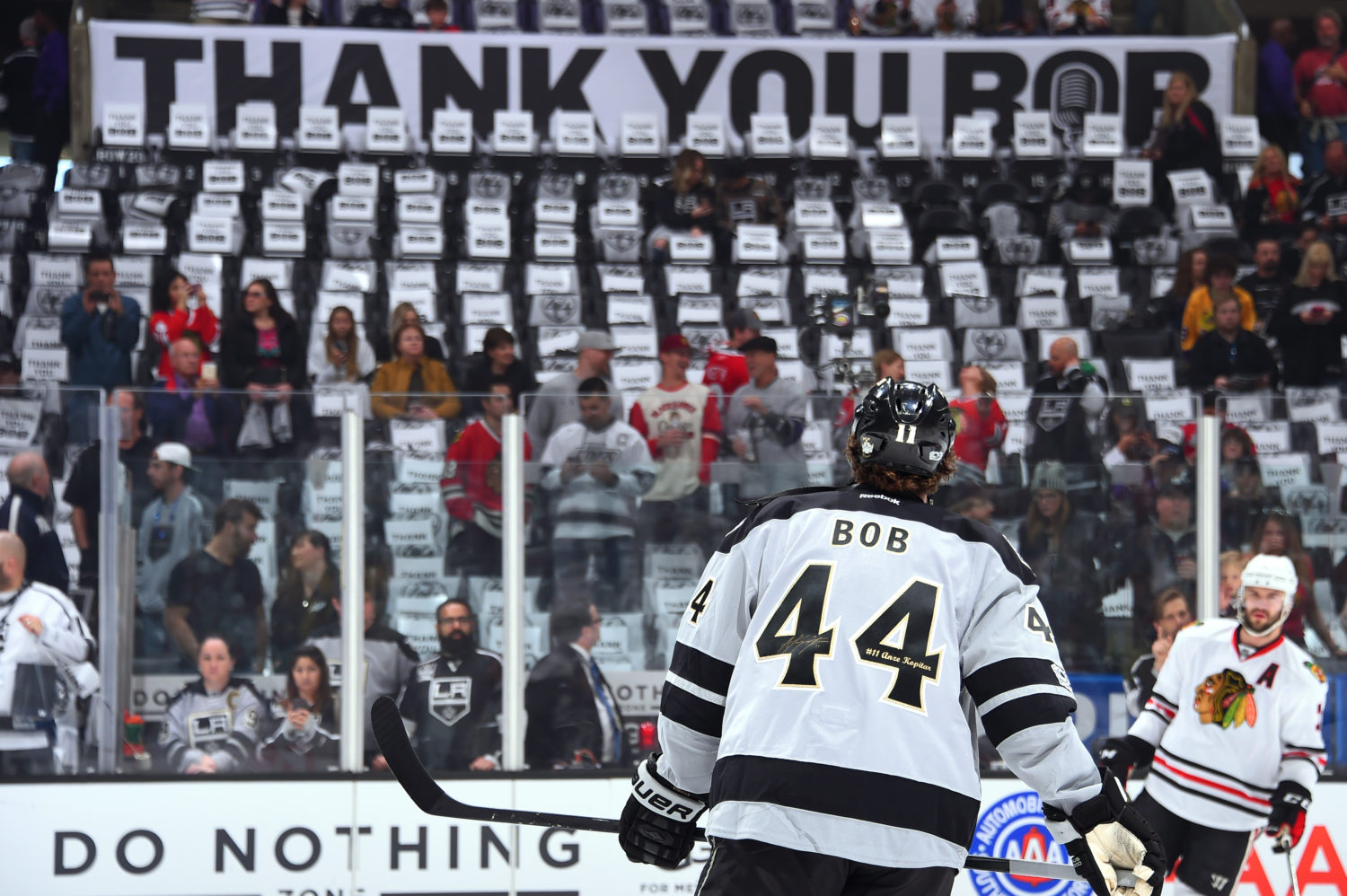 What jumped to the front of many of our minds when Doughty scored in overtime was how fortunate both Bob Miller and Vin Scully were to have storybook-type endings close out their broadcasting careers. (For Bob, of course, this happened in his penultimate broadcast, but hey, there’s still the possibility of some additional magic in Anaheim.) They weren’t pivotal moments of a season, but rather another opportunity for the broadcasters to again link with fanbases that revere them and share in the pure, unadulterated joy of a live event, which is one of the strongest driving factors behind Bob’s enjoyment of broadcasting. The Unknown. Sometimes The Unknown is spread out over 80 games, as it was when he articulated Rogie Vachon’s excellence in 1974-75. Sometimes The Unknown is Daryl Evans, who appeared in just 113 NHL games but capped off a legendary five-goal comeback that added energy and purpose to a first round upset of Edmonton. Sometimes The Unknown is Adam Deadmarsh, or Justin Williams, or Alec Martinez. Sometimes it is Alec Martinez, again. Sometimes The Unknown is Niklas Kronwall receiving credit for a goal that catapulted off the protective netting some 40 feet above Jonathan Quick. Sometimes it is Craig Muni. Bob’s devotion and skill in play by play broadcasting is motivated by his love of unscripted drama, that there is no way to foresee what will happen over the two and a half hours he turns to face the ice on any given night. That fitting tribute by Vin, which caught a lot of people “in the feels,” as it was described in one of my Twitter mentions, was so eloquently delivered from one pillar of live broadcasting to another, and, as I’ve been told, was naturally unscripted. “You will be sorely missed in the hockey world, but just be around, and we’ll all be happy for that,” Vin said. 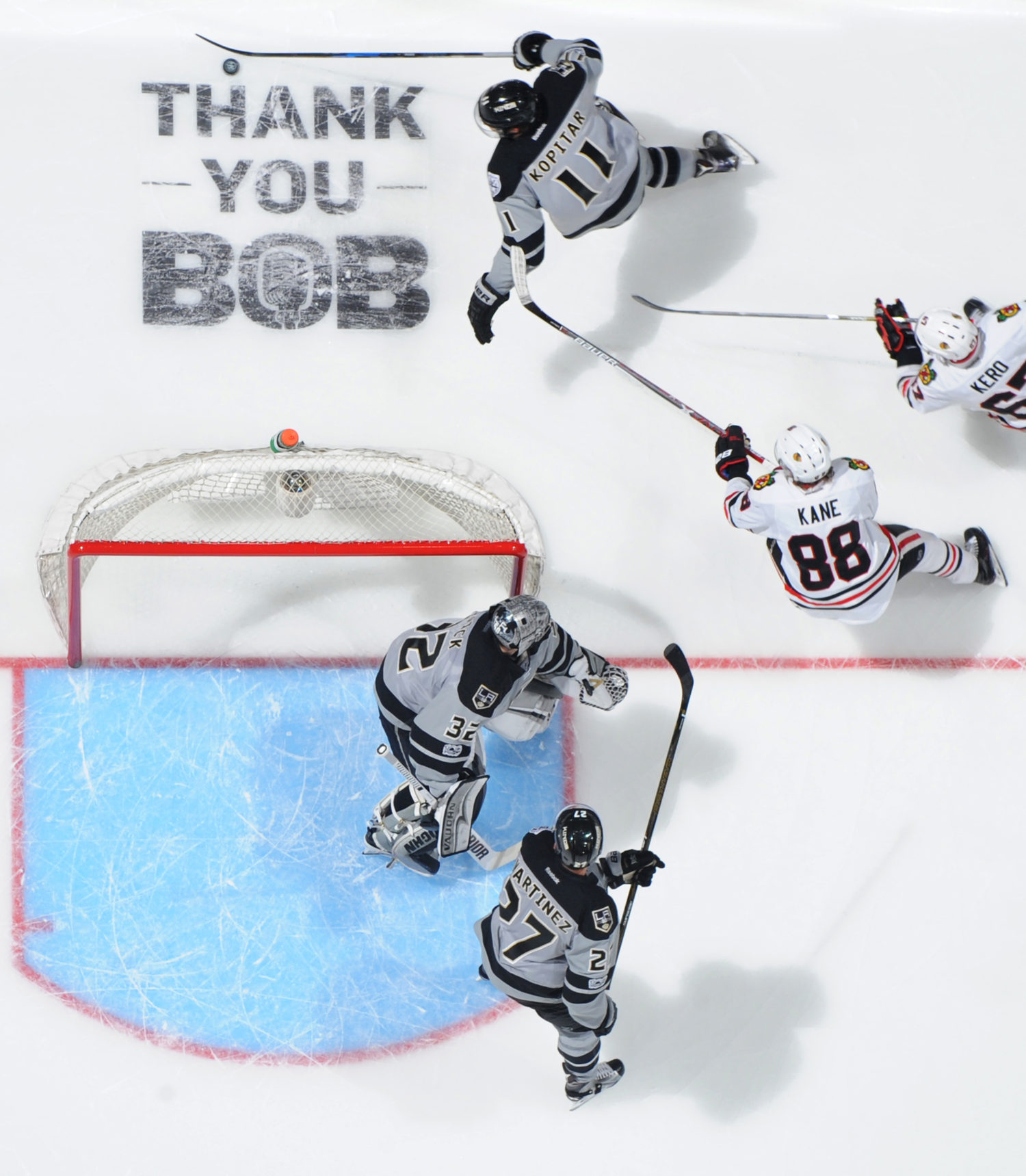