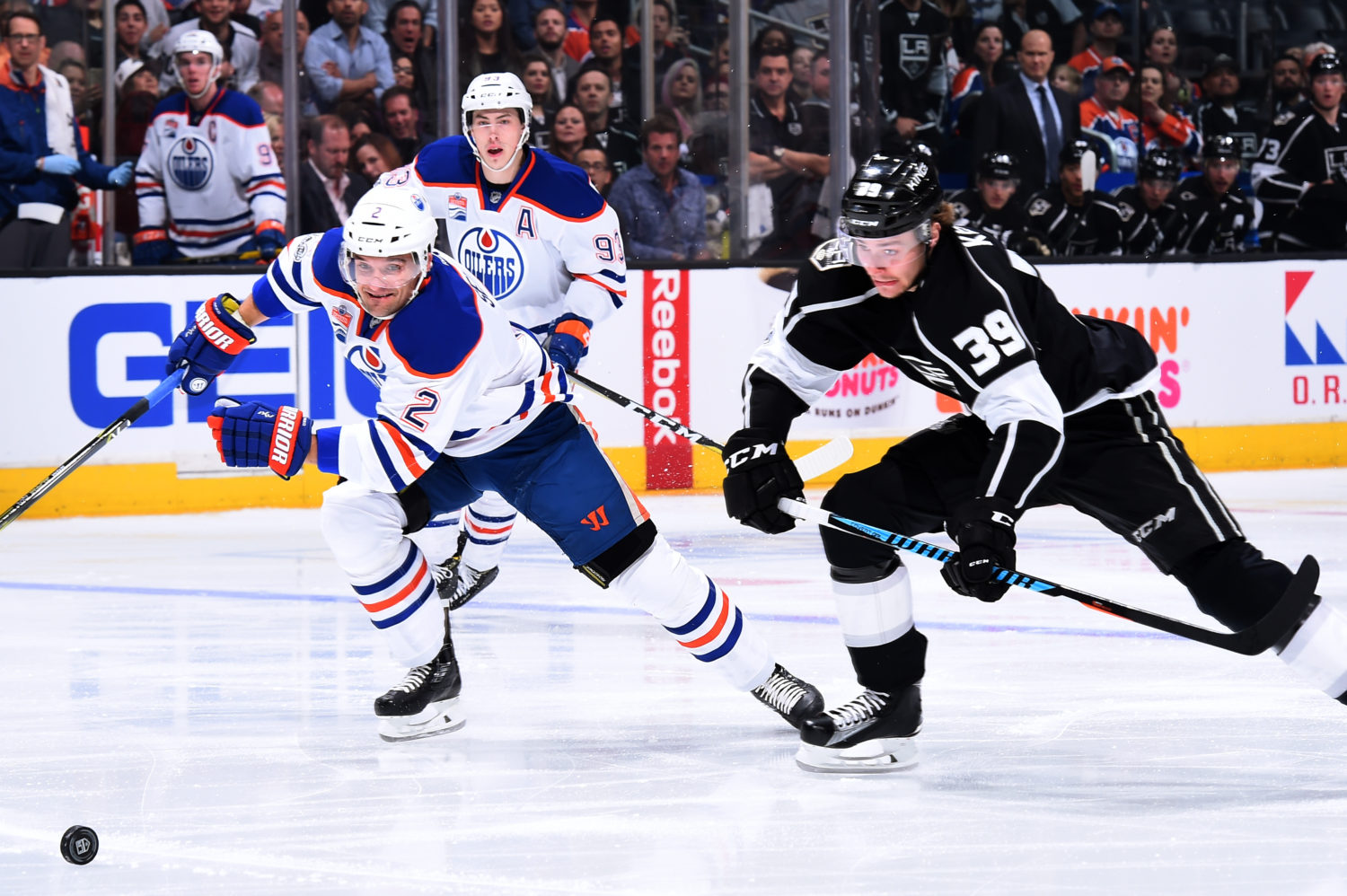 “The 6-4 defeat was just their second loss in the last 11 games, but it hurt badly as Edmonton lost valuable ground in its bid for home-ice advantage in the first round of the playoffs.

The fact they blew a 2-0 lead didn’t ease the mood any, either.”

“The Cult’s David Staples and Bruce McCurdy talk about what went wrong, whether Eric Gryba should get a game, RNH’s hipster facial hair, how under-rated Adam Larsson is by outsiders, and that other stinker today, the NHL and IOC standoff which will keep the world’s best hockey players out of the Olympics.”

“Nick Shore, Dustin Brown, Nic Dowd and Drew Doughty also scored for Los Angeles in its first game since being eliminated from the playoff race. The Kings beat a playoff-bound opponent for only the second time in their last seven contests.”

“Yes, there was a day when 6-4 was considered a goalie duel when L.A. and Edmonton met, with [Grant] Fuhr and Mario Lessard battling from behind fibreglass masks. But not today, with the Oilers learning the art of locking down the opponent en route to winning nine of their past 10 heading into this game.”

“Lose to the Kings, bad enough. The Ducks took advantage of Edmonton’s loss in LA by taking down Calgary by a 3-1 margin. Anaheim widens their Pacific standings lead by four. It doesn’t remove the chance for the Oilers to win the Pacific, but it surely doesn’t help.”

“Forgettable night for Cam Talbot as he allowed five goals on 26 shots with a .808 save%. A lot of the goals weren’t his fault, but there were still a few that he probably would like to have back. Shake it off, Dadbot. We’ll see you Thursday.”