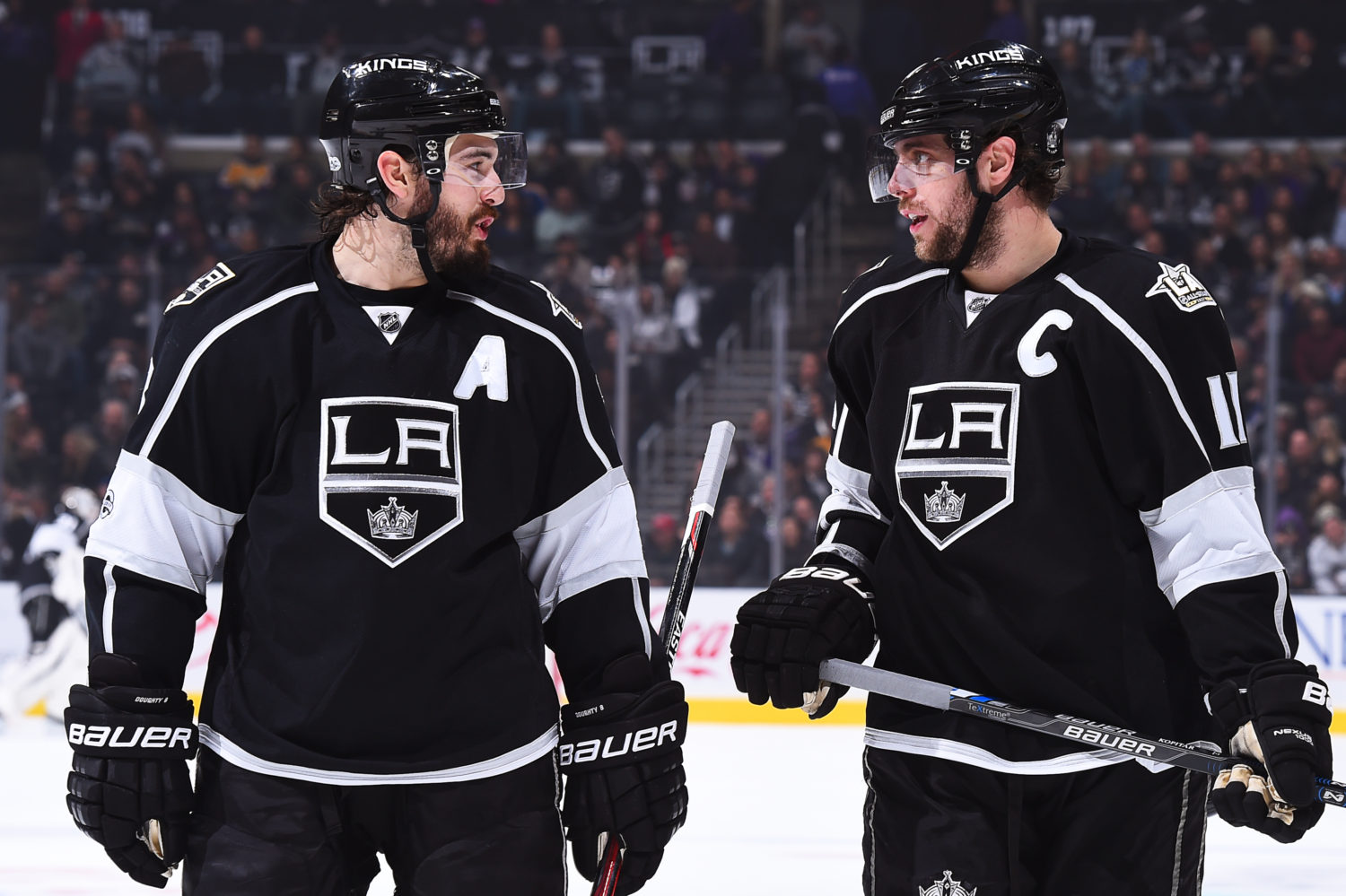 Anze Kopitar, on the approach to the last few games of the season:
You go and you play hard. You try to win games, bottom line. You want to come prepared. We’ve done everything to this point today that we would do on a normal game day and yeah, you just come out and you throw it all out there and just play.

Kopitar, on the team putting forward its best effort over the final four games:
Yeah I think the pride in this team, in this locker room, is obviously very high. So we’re not going to go out there and just tank it or anything. You want to go out there and you want to work on your stuff, on team stuff of course, but there’s some stuff that each and every individual has to work on and I guess there’s no better time to do it. All the teams that we’re playing, they’re playoff teams and they’re fighting for their seedings and fighting for the matchups that they want to have in the first round or fighting for home ice, so those are gonna be high tempo games and we’ve got to be ready for them.

Kopitar, on the Kings possibly playing the role of spoiler with teams looking for home ice:
I don’t think we’re looking at it that way. We certainly realize that we can be the spoilers of the seedings or whatever but, again, we’ve got to look at ourselves, our game, and how we perform.

Kopitar, on how to stop Connor McDavid:
Well, you can contain him, and that’s what you’ve got to do. You talk about the best players in the world, it’s very, very hard to stop them but you’ve got to contain ‘em as best as you can and we’re going back to the same talking points. It’s limit his time and space, making sure that we take care of the puck and he doesn’t get those odd-man rushes off our mistakes. You just have to prevent that and play him hard.

Kopitar, on McDavid having an elite shot as well as elite speed:
Yeah, he’s very fast and shifty out there so, again, time and space. And once he winds it up it’s- [Reporter: Game over?] I wouldn’t say ‘game over,’ but it’s a very good chance you’re going to spend the next few seconds in your own zone so you’ve got to eliminate it as much as you can.

Drew Doughty, on the approach to the last few games of the season:
We’ve just got to play hard. We’re playing for a club that [has] a lot of faith in here. We just want to play our best. We play for our teammates sitting beside us and if anyone here is going to take a game off, we’re not going to accept that. Even though we know we’re out, we’ve got a lot to prove. This Edmonton team has beat us the last three times I think and it’s a team that we’re going to see next year and we’re going to see down the road many times and we need to show them that they’re not going to be having this kind of success against us every single season so tonight we need a big win, and yeah, we need to play just as hard as we have. No one’s going to take a night off. We take a lot of pride playing for the Los Angeles Kings. This organization has treated us so amazingly.

Doughty, on whether teams will be looking at the Kings “a little differently”:
I think that every team in this league knows what our team motto is. We don’t take shortcuts. We don’t cheat. We play as hard as we possibly can and I don’t think any team, even though we’re out of the playoffs, is going to expect us to lay down and let them take it to us because that’s just not what we have in this room. We have a lot of character, a lot of experience and every single guy in here is driven to win hockey games and compete, so we’re never going to lay down.