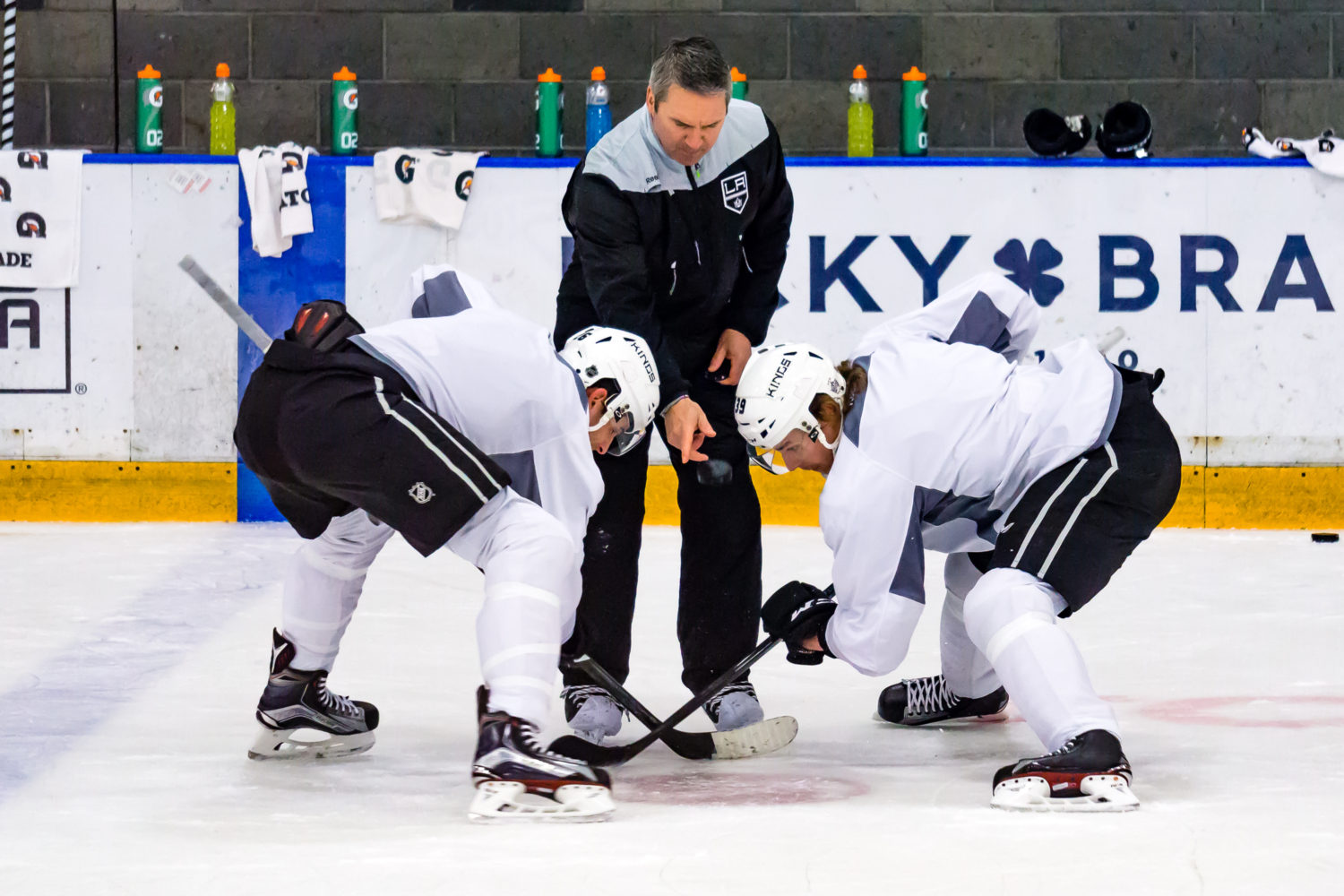 Good afternoon from Toyota Sports Center, where the Kings took the ice at 10:00 a.m. and aligned as such:

-That Eleventies Line! The Kings shuffled several players around up front and moved the versatile Adrian Kempe from center to wing, where he should see time alongside veterans Jeff Carter and Jarome Iginla. “He can play two positions, and quite honest, we moved Adrian over tonight because Dowd hasn’t played in a while and Shoresy’s back, so Jeff and Kopi and Shoresy are the three centermen,” Darryl Sutter said. Could Kempe be a player who plays both center and wing throughout his career, or would the team choose to have him specialize in one position? “There’s four games left. Couldn’t tell you. Depending on his progress more than anything else,” Sutter answered. “We gave him an opportunity 20 games ago and we thought … as coaches he had a really good training camp, but as a staff it was decided that he was better off to start in the American League. So what did he play there? He played both positions. Playing center is quite a more demanding game at this level.”

-Marian Gaborik, Andy Andreoff, Jordan Nolan and Kevin Gravel remained on the ice for extra work with Ben Bishop, so they’re not likely to play tonight. Jonathan Quick was the first goalie off the ice and is expected to start in net against Edmonton (7:30 p.m. / NBCSN / KABC 790 / I Heart Radio).

-I spoke with Anze Kopitar and Drew Doughty about yesterday’s announcement that the NHL would not participate in the 2018 Winter Olympics and asked Kopitar whether the World Cup of Hockey fills any of the void. “No, I don’t think so. I don’t think you can recreate the Olympics,” he said. “And don’t get me wrong, the World Cup was a good experience. It was. But you can’t recreate the Olympics.” Lots more to come on this subject this afternoon.

-Meanwhile, Kings-Oilers. Edmonton is two points back of Anaheim for the division lead with a game in hand on the Ducks and opens up a Los Angeles-San Jose-Vancouver road trip tonight before finishing the regular season with a return visit from the Canucks on Sunday. At practice yesterday, the Oilers worked with a forward grouping of Maroon-McDavid-Draisaitl, Lucic-Nugent-Hopkins-Eberle, Pouliot-Desharnais-Kassian and Caggiula-Letestu-Slepyshev, according to radio analyst Bob Stauffer. The Kings have won 10 straight home games in the series, dating back to a 19-save Nikolai Khabibulin shutout on November 3, 2011 that lifted the visitors to an 8-2-2 record behind goals from Ryan Smyth, Lennart Pettrell and Corey Potter.

"We can't take them lightly. We know they're going to play a hard game, no matter what the situation is." @27MilanLucic on #EDMvsLAK

-According to Drew Doughty, don’t expect L.A. to settle back into any complacency with nothing tangible to play for this season. “We’ve just got to play hard. We’re playing for a club that [has] a lot of faith in here. We just want to play our best. We play for our teammates sitting beside us and if anyone here is going to take a game off, we’re not going to accept that,” he said. “Even though we know we’re out, we’ve got a lot to prove. This Edmonton team has beat us the last three times I think and it’s a team that we’re going to see next year and we’re going to see down the road many times and we need to show them that they’re not going to be having this kind of success against us every single season, so tonight we need a big win, and yeah, we need to play just as hard as we have. No one’s going to take a night off. We take a lot of pride playing for the Los Angeles Kings. This organization has treated us so amazingly.” 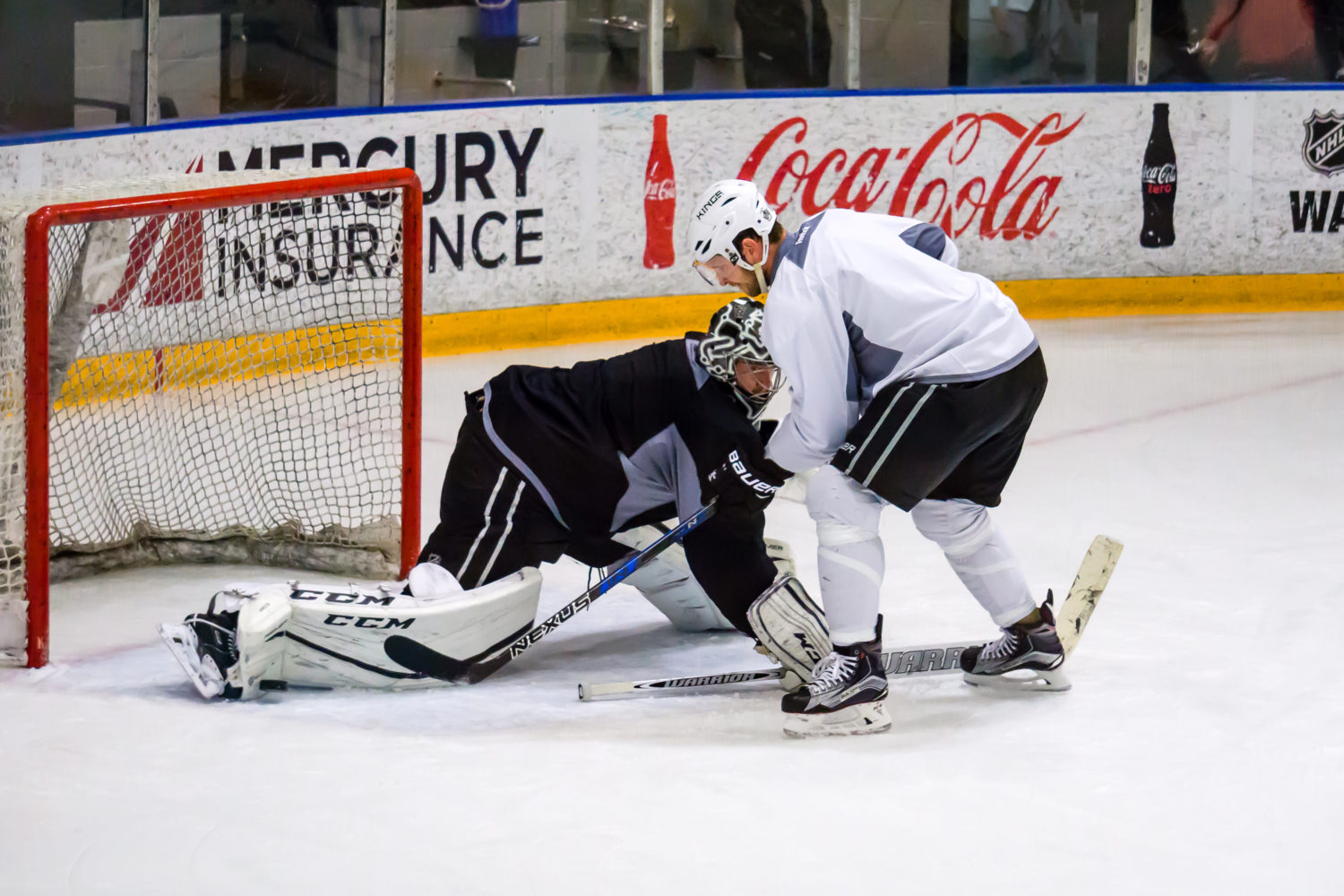 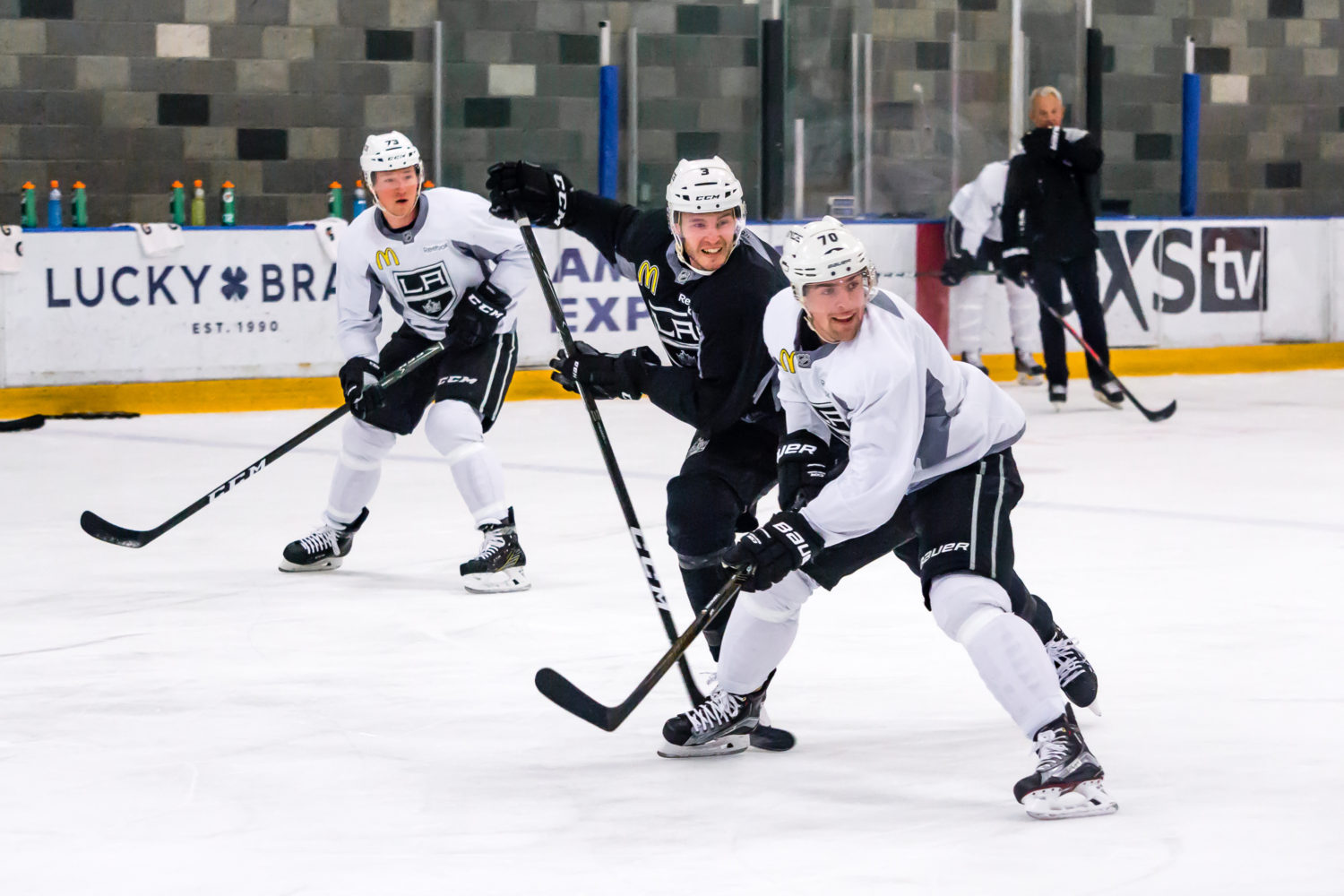 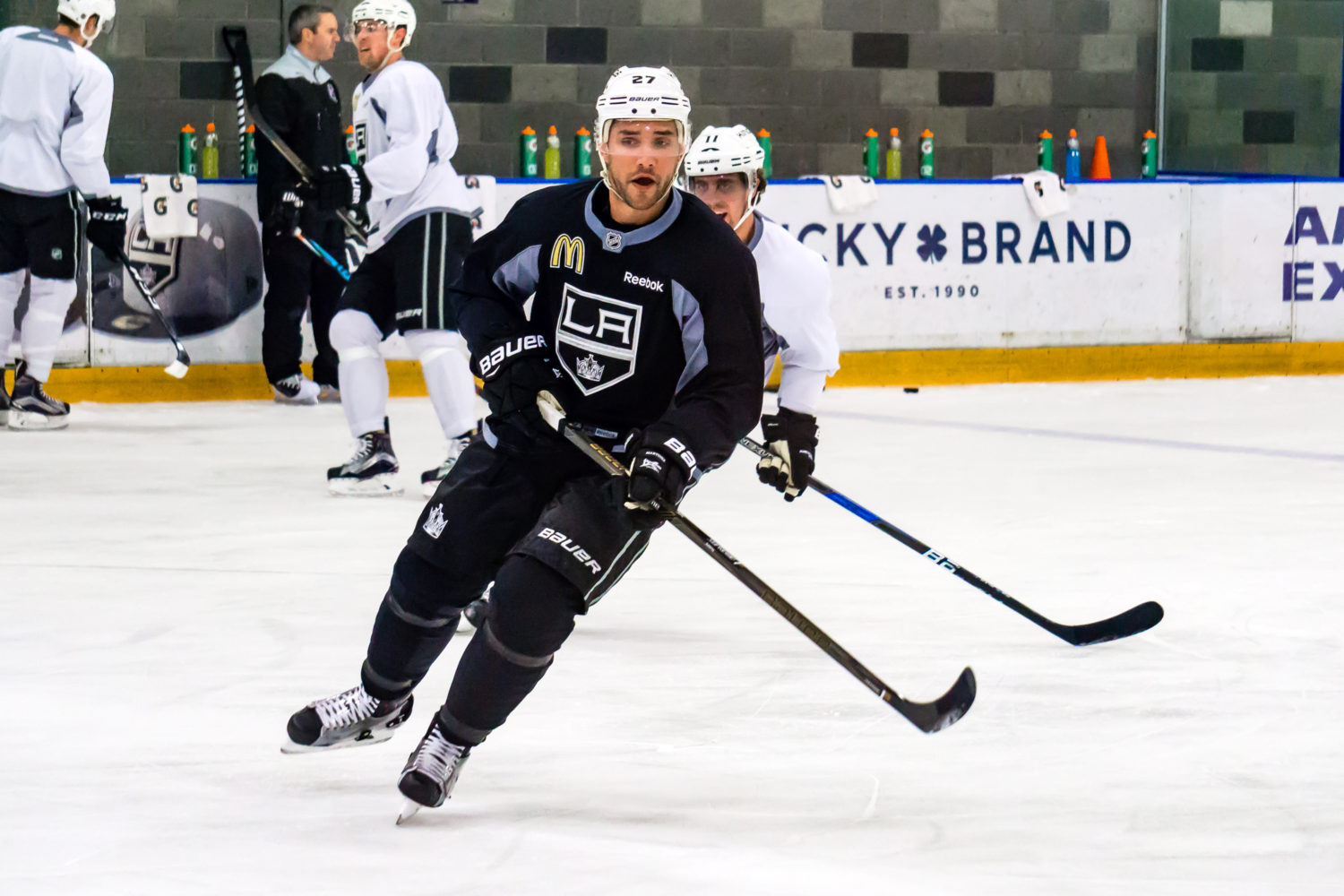 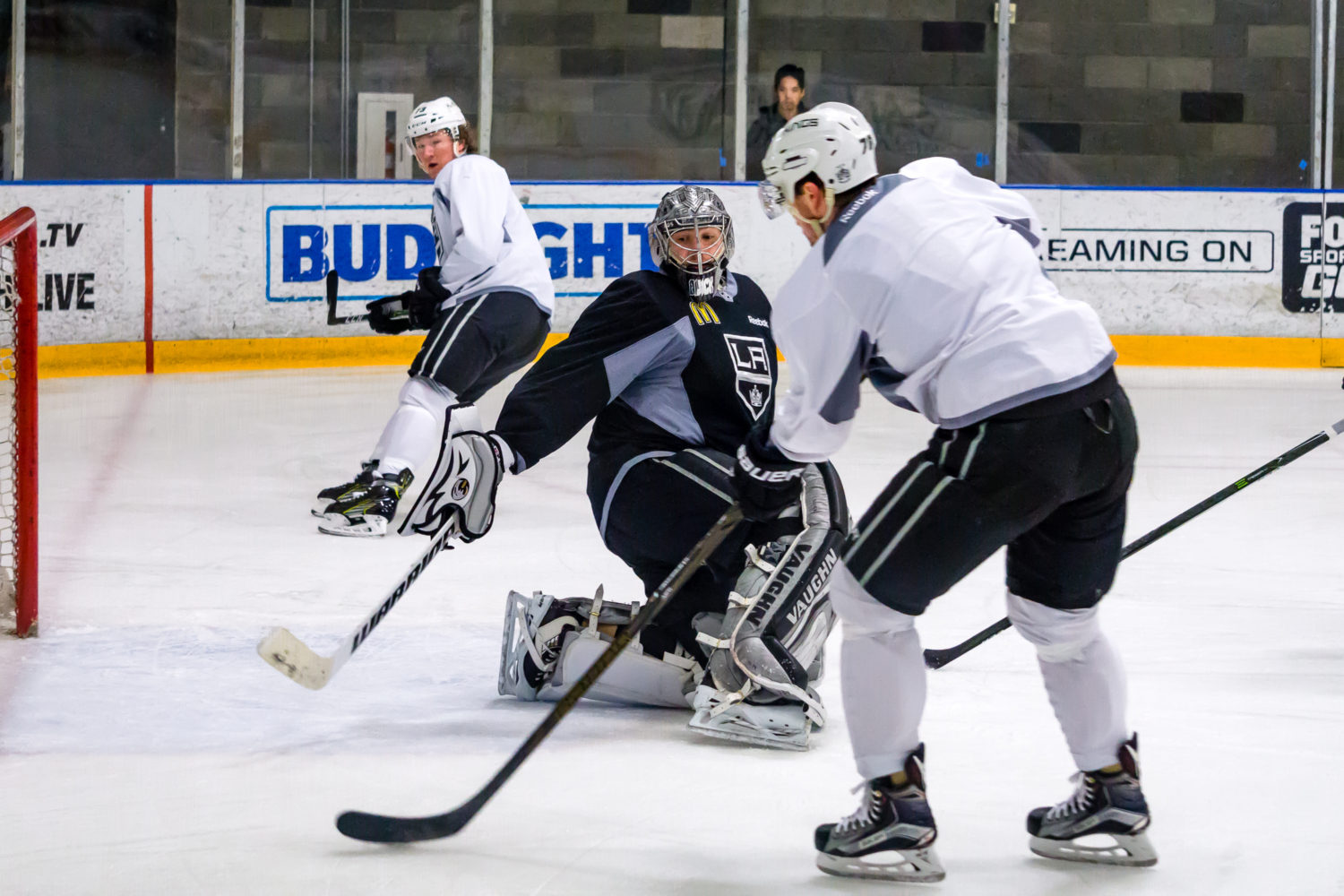 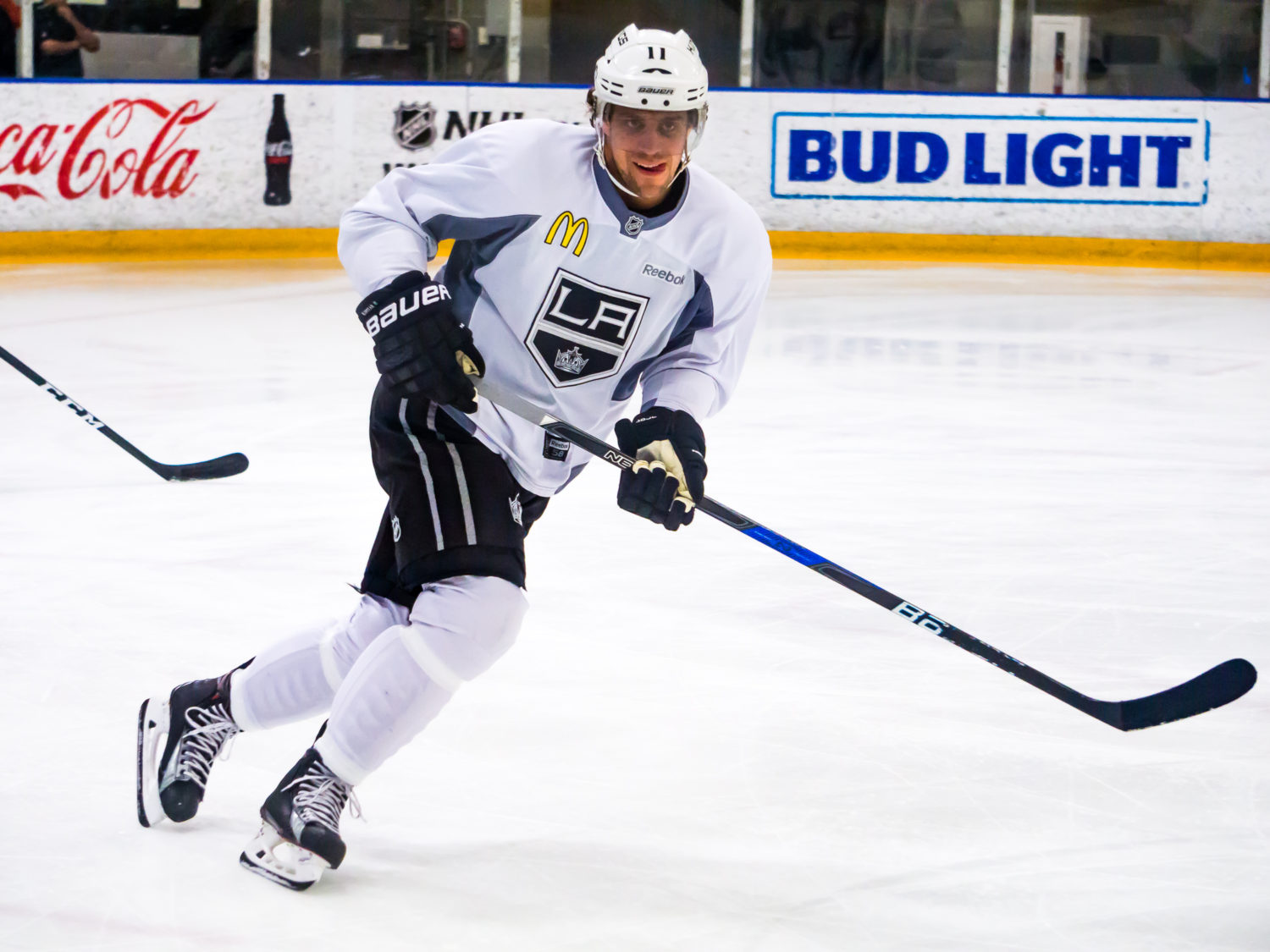