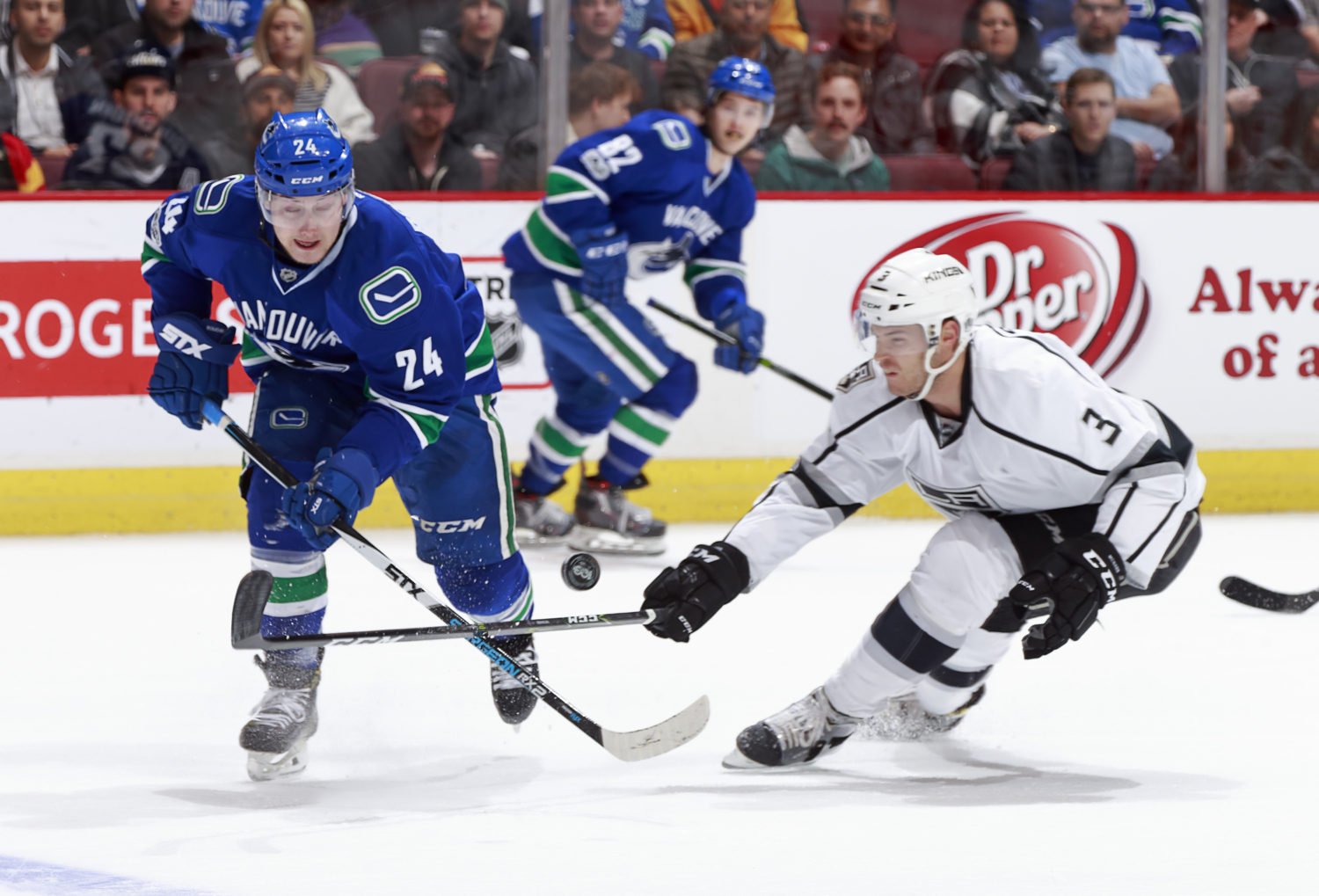 Jarome Iginla, on what it mean to tie Joe Sakic in goals scored with the goal against Vancouver:
That one was, to be able to tie Joe Sakic, that’s one that is definitely very special to me. I got to play with him there at the Olympics, play with him at the World Cup, guy I liked to growing up and to be on his line and watch him do his thing, that was pretty cool. I’ve been very blessed, it’s awesome to get there, and it’s one of that I was hoping to get to. It was one just when I was looking at it, I thought that’d be pretty cool. And I asked the guys to get me the puck and I jumped the gun. I actually thought it was last game and I asked Carter if he got it for me and I looked later and was like, ‘Uh oh. I still have another one.’ But that one I’ll be keeping and I thought it was pretty cool to tie him because I know what a great player he was, I got to play with him up close, and what a great person.

Iginla, on whether catching Nashville is “doable”:
We believe it is. We’re not going to give up. We’ve got to make sure that we do our part and the focus was just to try to work tonight. Not anything way down the road. What we can control and make it as hard on – you know, in one week things can happen. Teams can go cold in a week, it happens, and we’ve just got to focus on ourselves and make sure we get hot for this week so nobody’s quitting. It’s not even a lot of talk about what the odds are or whatever. Now it’s just about getting home and winning the next game.

Iginla, on two game-winning goals in two straight games:
Sometimes it just works that way in close games. Last game was a good break and tonight was a nice power play shot by Marty and yeah, you can’t even tell. Quickie ends up standing on his head and it holds up. Those are things you don’t really think about as you’re trying. You’re just trying to go and contribute and help out so it was fortunate to get. [Reporter: But the chips are down and you’re coming through.] No, thanks. I’m getting a great opportunity. I’m playing with some of the best centerman in the world and getting to be out there on the power play. It’s been really fun. Just to be back and even though we’re chasing each game is meaningful and they’re intense and getting a chance, like I say, been playing with either Kopitar or Carter. As a winger you can’t do much better than that. Two of the best centerman in the world and if you play with them you’re going to get good chances and getting to be on the power play and then been getting some good breaks so hopefully that’ll continue.

Jonathan Quick, on whether this was his best game of the season:
Yeah it’s about two points, you know? So we were able to get it tonight and get ready for the next one now.

Quick, on Iginla’s game-winning goal:
Yeah, not just tonight. Since he’s got here he’s had an impact in every game so you look at what he’s done over his career and some of the milestones that he’s hit and at the end of this year here and it’s pretty special to see.

Quick, on whether “things are starting to line up” for the Kings:
We’re trying to win a hockey game Sunday. That’s all you’re really looking at.

Tyler Toffoli, on Jonathan Quick’s performance:
I think he was really good early. He made some really big saves and that gave us the opportunity to score the first goal and that’s one of those things where you need to do that, especially when you’re on the road, and Quickie was great for us.

Toffoli, on whether the players just let Quick “do his thing” when he’s playing a good game:
Just let him do his thing, but I think at the same time he knows that we’re all behind him and supporting him in how good he’s playing. He showed us tonight that he took control and we just scored a couple goals and played with the lead.

Toffoli, on when he decided to shoot instead of pass on his goal:
Well I actually saw Brownie beat his guy up the ice and I was htinking about passing but I figured that I got in close enough where I should snap it and luckily it went in off the post and it got us the two-goal lead there.

Toffoli, on whether the standings are “up in the room” or if it’s out of their mind:
We’re just playing for us. Playing to win games and everything else is out of our control so just doing our best to get two points every night from here on out.