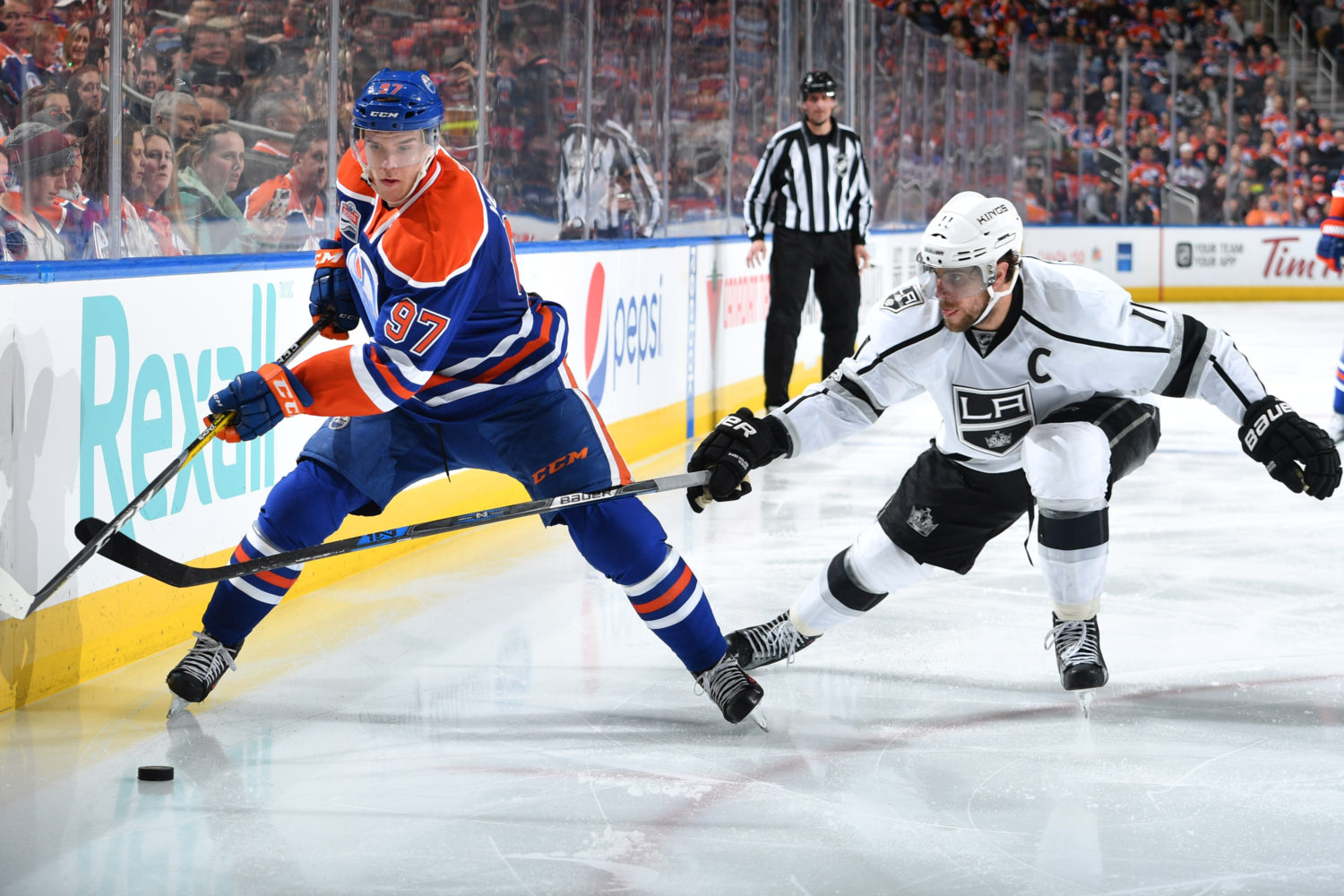 Anze Kopitar, on another game where the team “played really well but didn’t get the result”:
It seems like we’re beating the dead horse every night. We outshoot teams, we out-chance teams yet we’re on the other side of the winning part so bottom line it’s just not good enough. Whether that’s offensively or defensively, we’ve got to be better in both areas.

Kopitar, on what the team has been missing:
I think part of it is the confidence factor. It doesn’t seem like we’re playing with confidence and the swagger that we need to play and we have played in the past so we’ve got to find that somehow.

Kopitar, on what he wants out of the last 7 games of the season:
Play and try, obviously, to win as many games as we can.

Jeff Carter, on the frantic final minutes and his shorthanded chances:
It’s kind of been the theme around here. On that chance he made a good save. I thought I had some room low blocker. I think I just caught the top of his pad. We’ve got to keep fighting. I’m not sure what happened in the standings tonight but we’ll keep fighting until the end.

Carter, on the Kings being 11 points out of a playoff spot with 7 games left:
Seven times two is 14, so we’re going to fight.

Carter, on Edmonton’s goals:
Their first goal, two on one, he goes past it and it goes top corner. He probably couldn’t shoot it any better. Their second goal hits, I think, everybody on the ice and finds a way in. We just couldn’t get that next one and we’ll keep going at it.

Carter, on this being a strange situation for the Kings to be in:
Yeah, I guess so. Not the situation we wanted to be in that’s for sure. You get to this time of the year you want to be locking up spots and getting ready for a big push. Like I said, a little different but we’ll keep fighting until the end.

Carter, on whether it was painful to watch the Oilers clinch with the win:
No. we’re just worried about getting wins right now.