The next step in Brodzinski's developmental path: A shot with the Kings - LA Kings Insider

The next step in Brodzinski’s developmental path: A shot with the Kings

Former St. Cloud State Husky Jonny Brodzinski, the forward officially recalled by the Kings on Thursday, is part of a hockey family entrenched in Minnesota collegiate athletics. His father, Mike, played at both the University of Minnesota and St. Cloud from 1983-87. His brother, Michael, played three seasons with the Gophers before joining San Jose’s minor league system. Another younger brother, Easton, will attend St. Cloud this fall after spending the last two seasons in the USHL.

So if you’re wondering how he was able to add zip to a wristshot that gained potency as he matured, it’s because his family served as both a coaching staff and a practice squad.

“My dad’s actually run a shooting school for a long time, but I have three younger brothers who have all played, and my brother’s in San Jose right now and the other one’s at Green Bay and the other one’s in high school, so growing up my dad coached all of us, so we just kind of shuffled to the others’ practices, so I think I skated about four hours a day growing up,” Brodzinski said. “But it was just good for just getting on the ice and just shooting pucks all the time when the other team was in the other zone, so my other brothers and I just worked on it every day.” 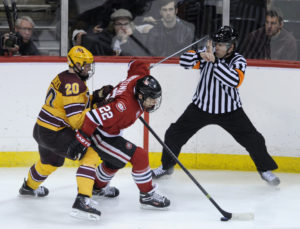 Brodzinski isn’t expected to play for Los Angeles tonight against Winnipeg, but that debut could come Saturday against the New York Rangers. When he does play in an NHL game for the Kings, he’ll be both the first player in franchise history to wear #76, and the third member of a Husky trifecta in which he, Nic Dowd and Kevin Gravel appeared in uniform together between 2012-14, culminating in a 2014 trip to the Frozen Four.

“I think it’s pretty random how all that happens but I think it just tells a good story for St. Cloud. What have you got, three guys here right now?” said Dowd before noting that Nick Jensen of the Detroit Red Wings is another Husky who has advanced to the most advanced hockey league in the world.

“You play hockey in Minnesota – I didn’t, but he played high school hockey there and committed to a pretty big Minnesota school – it’s pretty exciting,” Dowd continued. “There’s not a lot of kids that do that when you look at the amount of kids that play hockey in Minnesota, so I think he was pretty excited off the get-go and the same as I was as a freshmen. And then I think he grew up a little bit, matured a little bit and he’s been one of my good friends ever since we met at St. Cloud.”

That maturation was apparent in his first professional season. After experiencing growing pains consistent with a good number of first year American Hockey League players and accounting for just two assists through his first 17 games, he spiked with 15 goals and 26 points over his next 48 before a hand injury ended his postseason prematurely.

“I just think I felt a little bit more comfortable on the ice and I really just acclimated to the pro game and that’s a lot different coming from college [where] it’s a little bit slower,” he said. “Obviously I played at St. Cloud, it was a little bit bigger ice sheet with the Olympic size and I just think it all just clicked out once and I held on to the puck a little bit longer, just a little bit more patient, and kind of picked my corners when I was shooting instead of just kind of ripping it as hard as I could, so I just think everything just sort of clicked at the end of the year.”

This year, he picked up where he had left off, totaling 25 goals in 56 games.

Naturally, it was his coach in Ontario that broke some news after yesterday’s practice that he’d be getting called up to the big club.

“Stutts called me into his office and said, ‘I’ve got bad news and good news,’” Brodzinski said. “He’s like, ‘Bad news is you’re not playing this weekend, but the good news is you’re getting called up.’”

“I was still half-dressed, so I just went back in and I think all the guys kind of knew when I got called in that it was happening, so as soon as I got back in the locker room they were all excited … and then right after I just called my parents and told them and it was pretty exciting.”

Nic Dowd, on what he noticed about Brodzinski’s game during his first year pro in Ontario:
Well I think it comes with playing time, too. I think at the beginning of the year Stuttsy was a little hesitant with him. It’s a new guy, still trying to gain his trust, and I think when you put him with players that can get him the puck he has the ability to score from anywhere on the ice which, there’s a small amount of people that can do that at this level. I hope it continues at the NHL level for him because I think that he’s got a good enough shot for it, too. It’s just challenging to find chances to shoot the puck at this level but in the American League, what does he have 20-something already? He can shoot the puck from anywhere and I think that allows him to create a lot opportunity not only for himself but for other people on his line.

Jonny Brodzinski, on the immediate plan for him with the Kings:
I’m not sure right now, but I’m just going to take everything out of tonight’s game. I’ve been watching pretty much every game this year, but just getting here live and kind of just watching specific roles that I’ll be playing and just trying to get better up in the booth.

Brodzinski, on whether he was a Minnesota Wild fan growing up:
I was a Wild fan growing up, yeah. We’d go to a bunch of games but I was actually more of a Gopher fan. I don’t really want to say it now coming from St. Cloud but yeah we’d go to Gopher games pretty much every night. [Reporter: Were there memories of watching Gabby play in St. Paul?] Oh yeah. The one year in Minny he tore it up. He had a lot of goals so I don’t know, hopefully getting to play with him would be pretty cool. 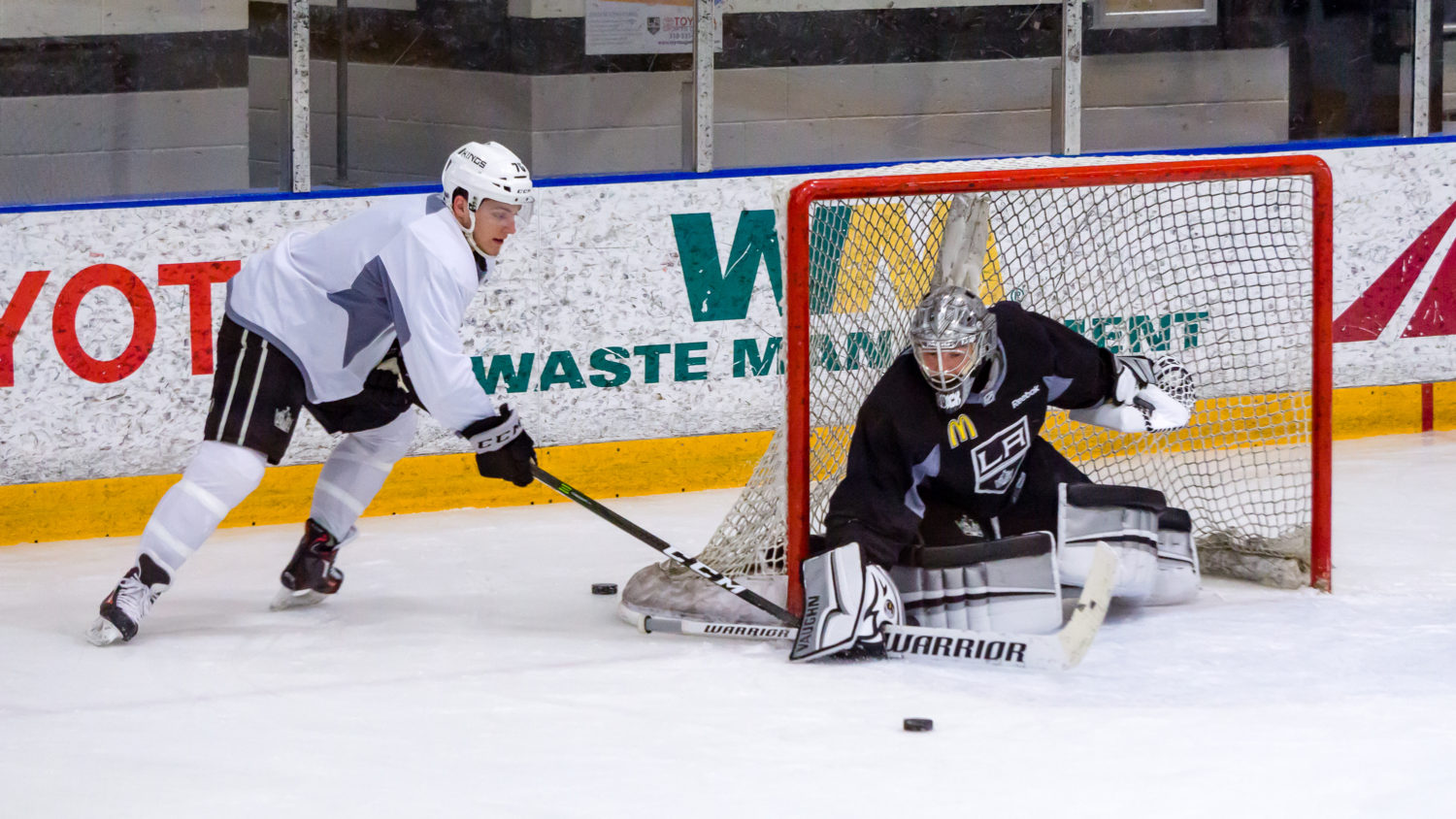