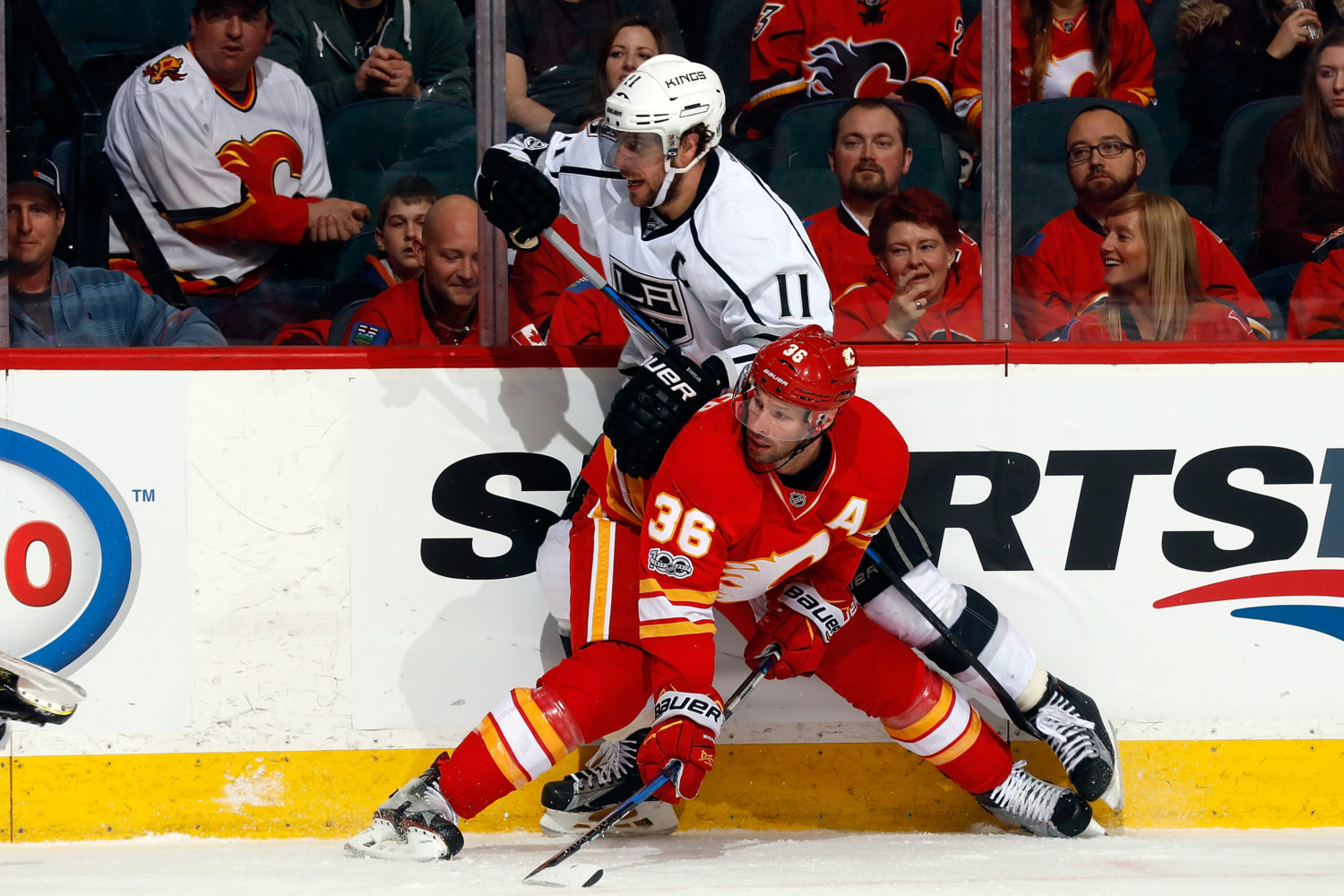 Anze Kopitar, on the loss:
(recording started with interview in progress) …on our side and then the first, what was it two minutes of the second period was, you know, was just nothing close to where we wanted to come out and play hard and we dug ourselves into or we put ourselves into a big hole and we couldn’t get out of it.

Kopitar, on the Kings going 0-for-3 on the power play:
I think we didn’t really have a clear entry. I thought they were really aggressive once we got into the zone and they were able to get the pucks down the ice and, you know, we got a couple shots but obviously not enough.

Kopitar, on whether the team “has to go on a bit of a run here”:
Yeah, I don’t think there’s any secret to it. I mean, obviously going into Edmonton tomorrow we have to get the two points. That’s the bottom line, and that’s what we’ve got to think every night for every game.

Drew Doughty, on what went wrong in the loss:
Obviously the start wasn’t good. We went down I think 2-0 early. Got one back before the period ended which got us some momentum but then started off the second with a goal right away so our starts to periods were not very good and that’s why we lost.

Doughty, on whether the team’s performance was surprising given the amount of games remaining:
Yeah it is. You know, we’ve got a lot of experience on this team and at the same time we’ve got a lot of youth so that experience kind of has to bring the youth in and bring it together and then game 71 you expect one of your best performances of the season like this and you know, it’s pretty disappointing we weren’t able to do it.

Doughty, on the hit he took from Matthew Tkachuk in the first period:
He’s a pretty dirty player, that kid. To be a rookie and play like that is a little surprising. I don’t know exactly what happened because I got hit in the head, but I thought he elbowed me. I can’t tell you for sure, so I’m not going to really say if I think anything should happen, but whatever it was, it hurt pretty bad, and it’s going to hurt for a little bit.

Doughty, on whether Tkachuk’s hit was the result of anything earlier in that shift:
It’s just that every game I’ve played against him basically, me and him get after it a little bit. Obviously, partially that’s my fault, too, because I like to get under peoples’ skin, too. He’s a young guy in the league, and I don’t think he necessarily meant to hurt me or anything like that, but he did.