Stothers’ appreciation for Bissonnette — who will travel to Charlotte — runs deep

When asked to provide an injury update on Paul Bissonnette on Tuesday, Reign head coach Mike Stothers turned the conversation toward all the reasons he appreciates the veteran so much.

It’s usually that way with Stothers when Bissonnette’s name comes up. And by the way, the just-turned-32-year-old will make the trip to Charlotte this week with his teammates as he works to return from a lower-body ailment.

“He’s still rehabbing but Biss has an element that you don’t find in the locker room anymore. Today’s athlete’s a little bit different. Everybody’s quiet, everybody’s …,” Stothers said, trailing off. “You need a personality, and I’m not saying the guys that we have don’t, but you need that wacky guy that knows when to lighten the mood if or just says something or does something. He’s just a good guy to have around. That’s why he’s lasted as long as he has. Even in the NHL, he’s got more talent than we all give him credit for. We like to bust on him, but he does it to himself. The reason he lasts is because he’s a good teammate and he does whatever he can to help the team. Whether that’s when he’s playing, go out and fight somebody or provide some energy, or even when he’s not playing. He’ll be the first guy to go get the guys a Gatorade between periods, you know what I mean, you need them.

“The game itself needs personalities. You just need those guys and they’re becoming fewer and farther [between].”

Bissonnette has been limited to 17 games in his third season with the franchise. A lower-body injury kept him out 19 games initially from mid-December to late January. He skated in one shift in his return on Feb. 3 against San Diego before re-injuring himself and missing the next 16. He did not practice on Tuesday and it’s unlikely that he will play this weekend, but to Stothers that’s not the point of bringing him on the trip.

“He’s just a good guy to have around, he just lightens the mood,” Stothers said. “But when it’s time to dial in and make sure we’re ready, he’s part of that, too. He’s not a distraction. You can be a distraction, and then that’s a problem. Plus, I think it’s important for him to be around the guys. He’s trying to come back to play, as is [Zach Trotman], so you don’t want to alienate them.

“It’s hard enough when you’re hurt because you never really quite feel like you’re part of the team. No matter what, you just want to be in there with the guys. … I don’t know, it’s kind of good to have him around. I like him.” 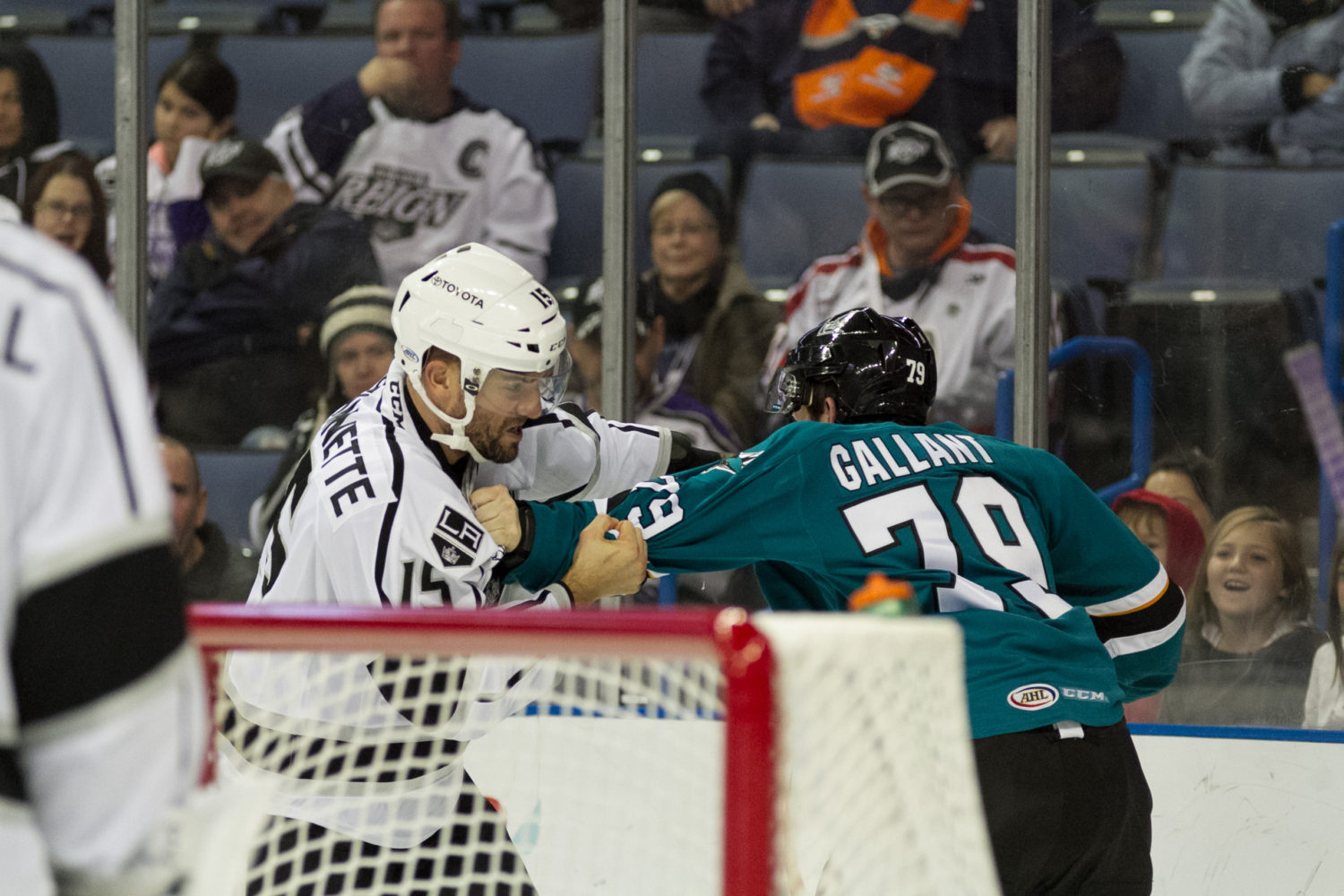