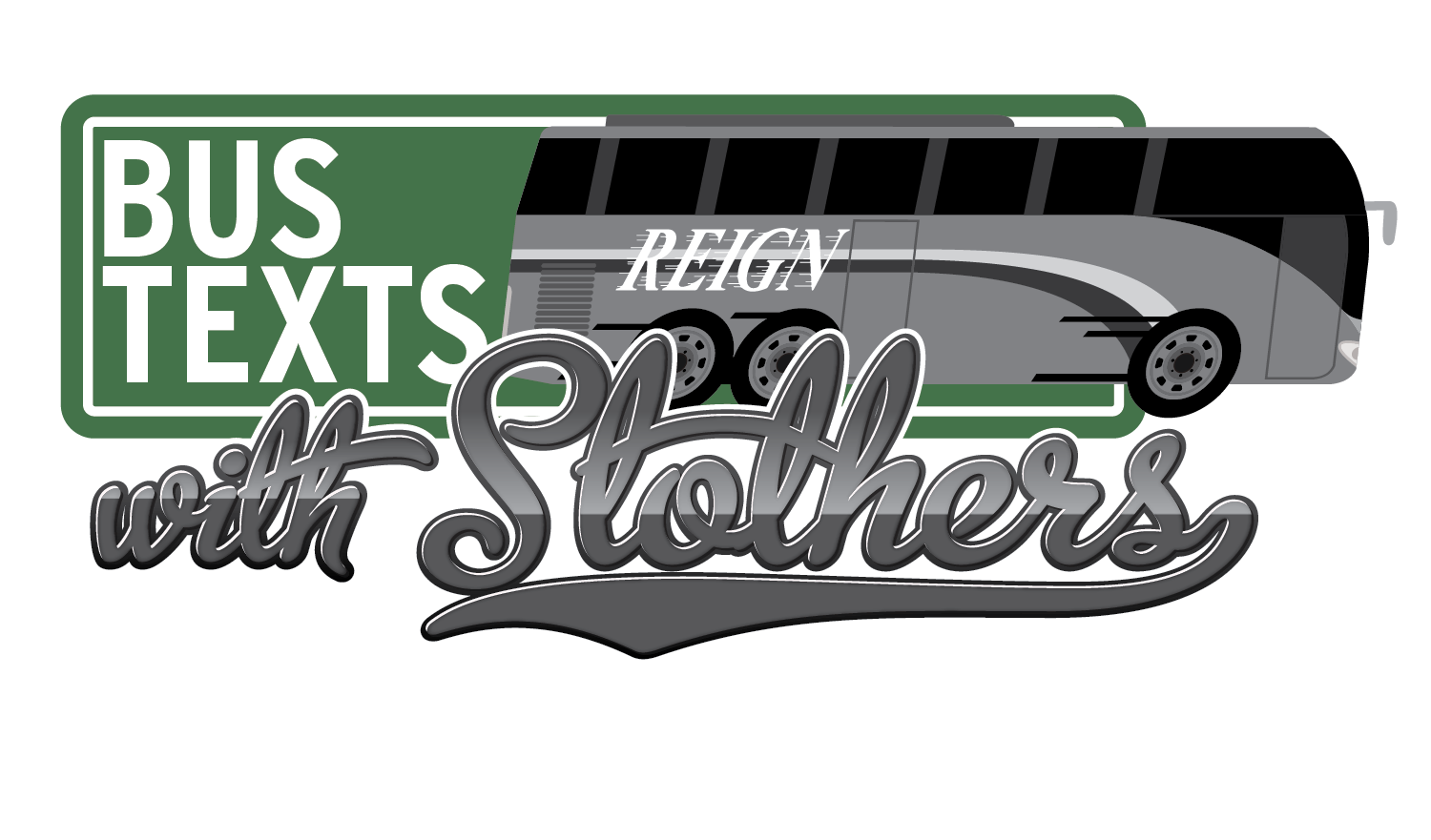 This edition of Bus Texts with Stothers comes from the drive back from Bakersfield following a one-point gathering in an overtime loss, not the full effort the Reign coach was looking for.

Bakersfield 3, Reign 2 (OT)
The Reign hung around in the third period of a game they were mostly outplayed in but the end result was another road loss in Bakersfield. Joey LaLeggia beat Reign goalie Jack Campbell 1:05 into overtime on a shot from the left circle on a 2-on-1, this just moments after T.J. Hensick was stopped on a breakaway. Bakersfield struggled to solve Campbell early, who stopped all 11 shots he faced in the first when his team only registered three on Jonas Gustavsson and none in the final 10 minutes of the opening 20. Again in the second, Campbell did his part, even stopping Anton Lander on a five-hole try on a penalty shot attempt, the result of Lander being hauled down by Jonny Brodzinski on a breakaway. Bakersfield would finally open the scoring at 16:44 of the second on its 23rd shot as Campbell had very little chance on a Justin Fontaine feed to a wide-open Scott Allen on the back door. The Reign did answer in the final two minutes of the period, a bizarre play in which Gustavsson appeared to have the puck covered but instead lost it as it crossed the goal line. Teddy Purcell, the last to touch the puck and put it toward the net, was credited with the goal. Into the third the Reign were able to channel some desperation into their game despite giving up the go-ahead goal, a rebound put-away by Josh Currie of a long shot from the right point by Jordan Oesterle at 12:31. Presented with a power play — a delay of game call on Brodie Dupont for a faceoff violation — less than a minute later, the Reign converted. Brodzinski, playing in his first game since suffering a mid-body injury suffered last Wednesday, scored on a high redirect of a Vincent LoVerde shot to tie the game. As a little bit of luck and chance factored in on both their regulation tallies, Ontario didn’t have the same kind of fortune in OT. On the game-winning play Hensick actually lost his footing in the neutral zone, resulting in Cameron Schilling defending a 2-on-1, which he broke up and then fed Hensick, who was then behind the Condors defense. When Hensick made a move to his forehand, he couldn’t plant the puck over Gustavsson and as play went the other way LaLeggia scored.

BUS TEXTS WITH STOTHERS
ORI: What did the team do well tonight that you want them to build off of?
Stothers: Play the entire game with the passion and urgency that we showed in the third period.
ORI: Did you feel like the team was more in this one than the last visit to Bakersfield, just being able to get some bounces with Purcell’s goal and then the penalty that set up the PPG?
Stothers: I guess the easy answer would be yes, because we got a point in a game we lost. Hockey is the only sport where you get a point for losing, or rewarding mediocrity. We were “OK” at best, but still got a ribbon for participating. You don’t get anything for losing in extra innings in baseball. Football and basketball can go into overtime and the loser goes home knowing they came up short. We fell short again. Got scored on first. Took the first three penalties of the game and watched the smallest guy on their team score the game winning goal on his eighth shot of the game.
ORI: Pointed synopsis. As far as Brodzinski goes, a relief to have him back and not out for an extended period? Also, was Setoguchi a healthy scratch?
Stothers: Always good to have Brods in the lineup. He has 22 goals on a team that doesn’t score easily. He is a well rounded player that brings a lot more to the team than just scoring. He makes his teammates better.
ORI: And Setoguchi? Or no answer on him tonight?
Stothers: Setoguchi was a scratch. At this point we are making a push to play our younger players so they can gain the experience of playing down the stretch.