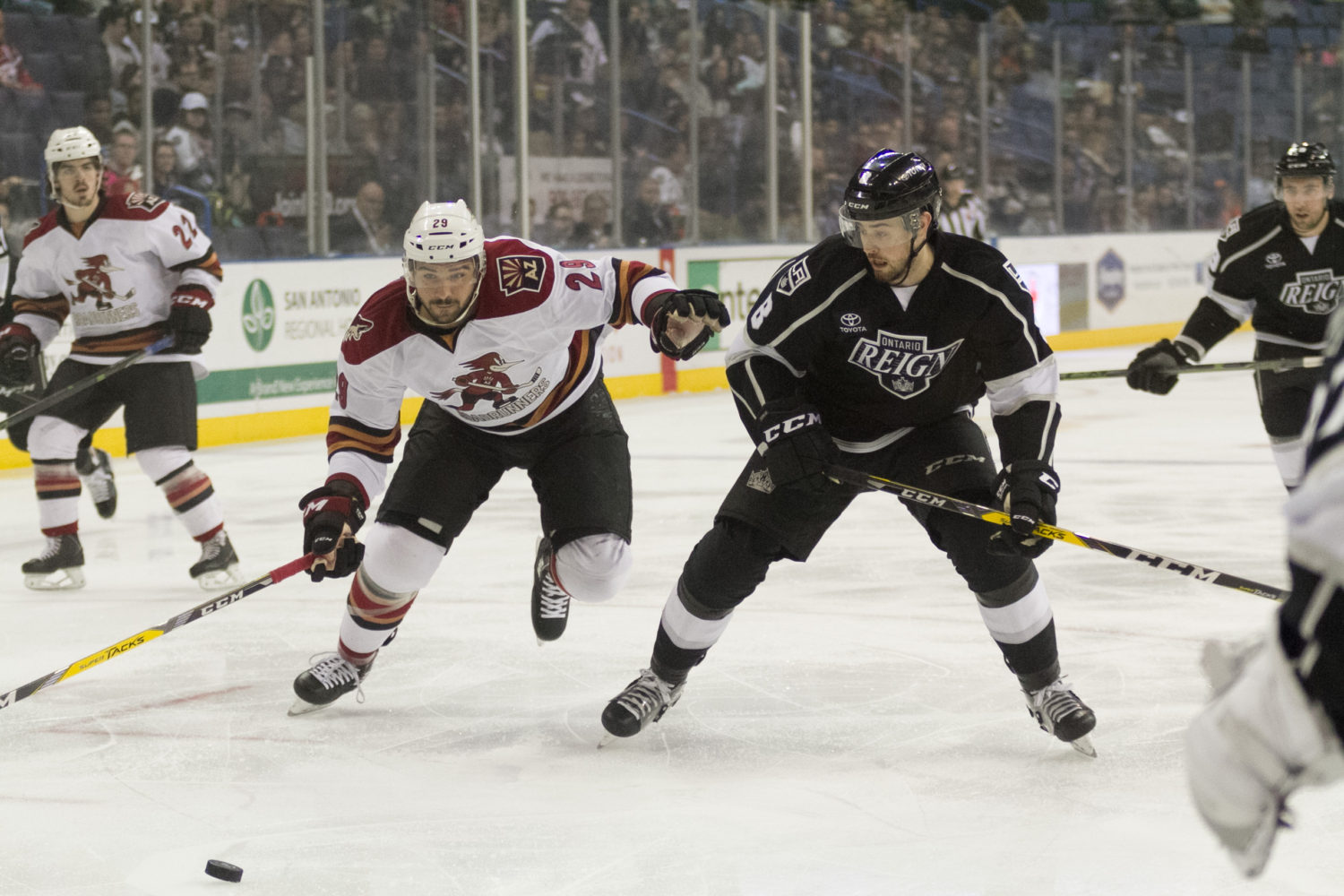 On what was missing for the Reign:
The first and second period. Played a good third. It’s a sixty-minute game, not a twenty-minute game. [Reporter: Some good chances though at the end of the first period, three Grade A chances.] Hit some posts, yeah. We rang the dinner bell a couple times but they’ve got to go in the back of the net. Certainly didn’t do ourselves any favors in the second especially.

On the power play chances and whether he was hoping they would provide a outburst:
Yeah, that’s what a power play’s supposed to do, score you a big goal. I thought the first one we stood around. We didn’t even move so Tucson didn’t have to move. The second one we got in that period I think we moved it with a little more urgency, whatever, but, yeah, it’s interesting.

On how the Reign can grab points when facing Tucson in two out of the next three games:
Well, we’re going to try to play like we did in the third for a full sixty minutes. We’re going to try and actually play back-to-back games together, which we haven’t done in a while. So, there’s lots of things to work on in this upcoming week. Monday through Thursday we’ve got practice, so maybe that’s what we need.

On Lintuniemi having some newfound confidence since his return:
Well I’m sure he was excited to be back. He had been out a while and then got his first goal last night, so that is exciting for him. But he’s missed a lot of hockey in his first year of development so he should be refreshed. He should be energized. He needs to play and he’s quite capable. He’s a good defenseman, he’s a puck mover. It’s good to see him back.

On whether he sees a theme in struggling second periods and whether he’s recognizing anything with the players:
I don’t know. You probably talked to them before you talked to me. So, all we do is switch ends. Maybe that’s what we’ll practice this week, run our drills going the other way. How’s that? [Reporter: Like going that direction?] I don’t know. As I said, ask them the questions. Did they give you any answers on it. [Reporter: Full sixty minutes.] The hockey cliche. Did they give you a blank stare. [Reporter: They were all right tonight.] Was there anything behind their eyes? Was it glazed over?