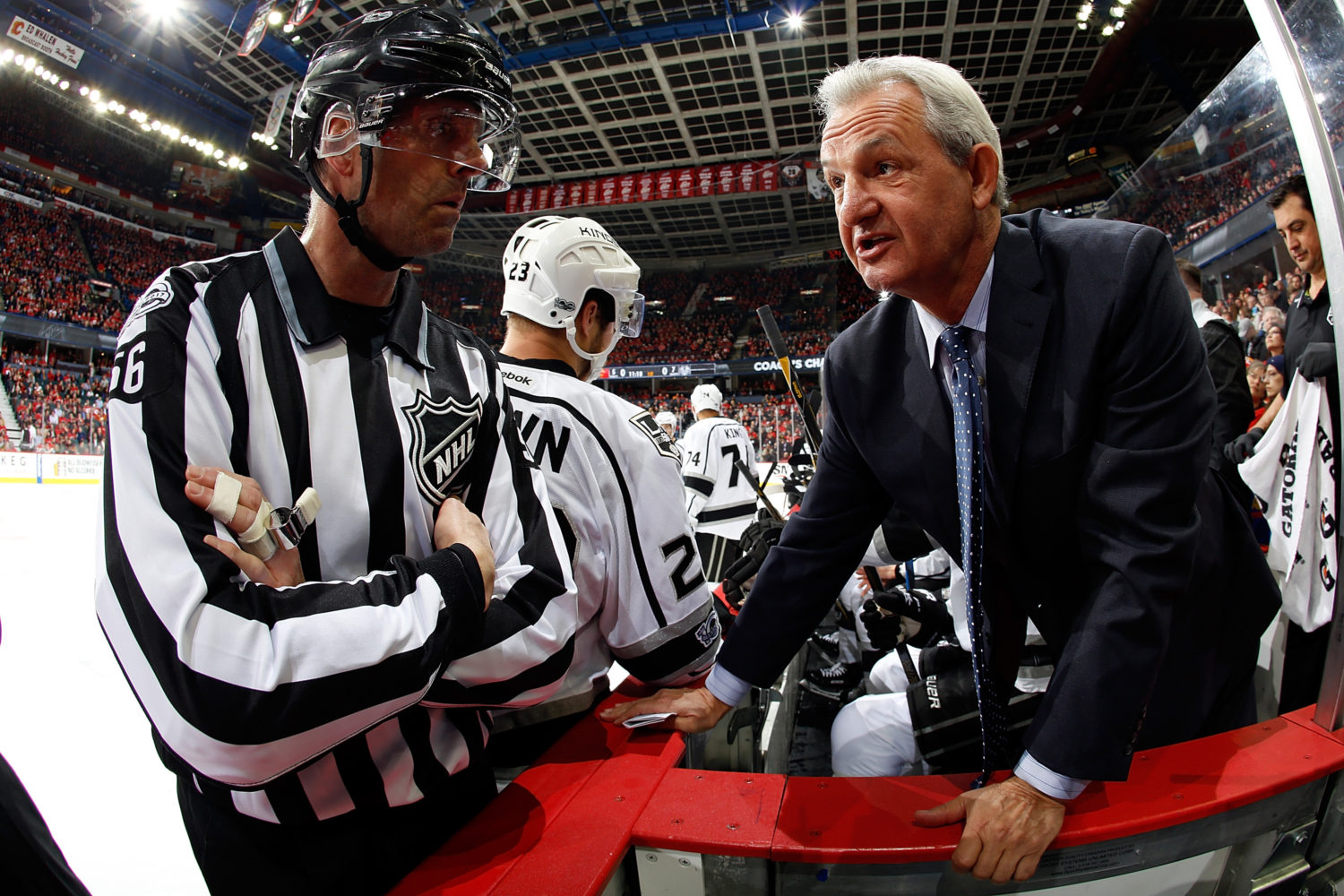 On what he takes from a “hard fought road game”:
Yeah, I think it’s a hard fought game. I think we did that last night in Minnesota and got one and came in here tonight and got one. A little bit of puck luck – that deflection late almost went in. It went behind Elliott and out the other side, and in overtime, we win the faceoff to have a chance, and it goes behind the net. I think it was Mikael who gets it behind the net, Backlund. Brodie stretches out, breakaway.

On whether there is an omen from losing the last two games in overtime but gaining ground:
How would not getting points, not gaining ground- [Reporter: I mean, you did gain ground. You gained two points.] So that should happen quite often if you get points. You should gain ground. I would think that would be the way you’d do math.

On entering the final stretch of the season with a goaltending tandem:
Well, the schedule demands it. It’s not just our club. I think if you look around the league this year that for sure you’re seeing more of a tandem situation other than probably two or three teams. They’re getting really good starts and a lot of wins out of two guys, not just one guy.

On taking the positives out of earning a point, even though the team is chasing Calgary:
Obviously we know that, and that’s not something we didn’t know coming in. But it’s a road game, it’s another one. I don’t know what it would be today, but a big difference in terms of home-road schedules. So, you know what? We went on the road, played two back-to-backs, we got points, and now we’ve got to go home and try and take care of business there for a while. Actually, our next road game is not until we come back here, when you look at it. It’s like, what is it, the 18th or 19th of March? It’s a long time.