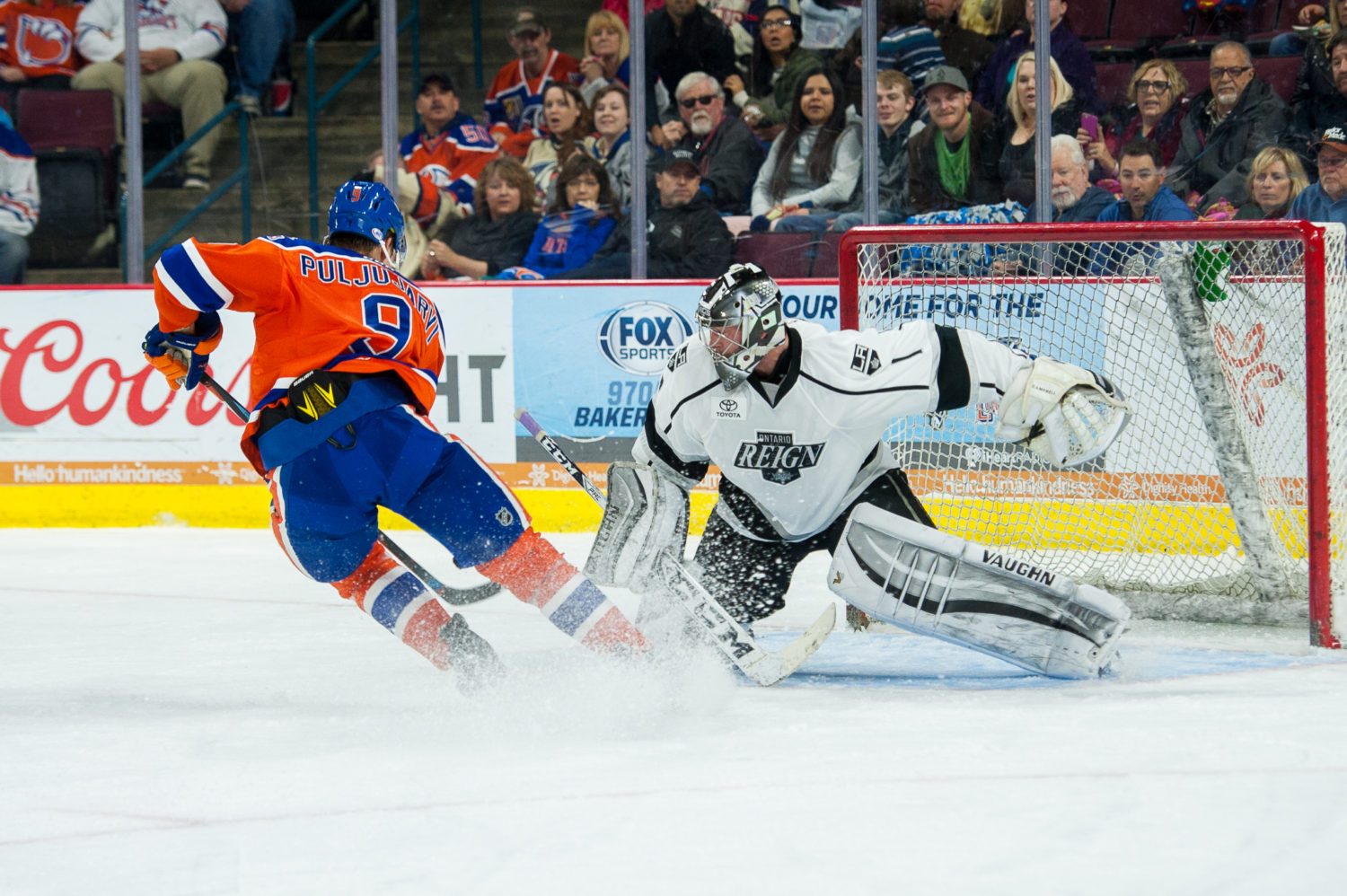 –Ontario suffered its first regulation loss when leading after two periods, entering the game at 20-0-2-0 in that situation.

–Goalie Jack Campbell started his 34th straight game and made 36 saves overall, 17 in the first period alone. His record dropped 24-11-5.

–Ontario gave up two goals in the final 4:29 of the game, 21 seconds apart, to lose their 3-2 and eventually lose the game.

–T.J. Hensick scored a goal and now has two goals and five assists in the last seven games.

–Forward Joel Lowry returned to the lineup after missing 20 games with a knee injury and registered no shots on goal and a minus-1 rating. Defenseman Vincent LoVerde returned after missing five games with a mid-range ailment and had one SOG and two PIMs.

–Justin Auger’s goal was his 10th goal of the season and his first after going eight scoreless games.

–With an assist on Hensick’s goal, Sean Backman now has a goal and an assist in the last two games.

–The Reign were outshot 40-24 and were led by Jonny Brodzinski, who finished tied for a game-high five shots on goal. The Reign fell to 13-9-4-0 when being outshot.

–With an assist, Brett Sutter now has two assists in the last two games.

–Bakersfield’s starting goalie Jonas Gustavsson was pulled in the second period after playing 37:45 and stopping 10 of 13 shots. He gave up consecutive goals to T.J. Hensick and Justin Auger just 11 seconds apart, which ended his night and gave way to Nick Ellis.

–Defenseman Vincent LoVerde took line rushes with Damir Sharipzianov, according to Joey Zakrzewski, and will return from a mid-body injury after missing the last five games. Also of note, winger Joel Lowry (knee), out for the last 20 games, will return and skated alongside Daniel Ciampini and Sam Herr in rushes.

–The Reign enter with a 5-0-1-0 record against the Condors this season, their one loss coming in overtime of the Outdoor Classic in January. Brett Sutter leads the series with three goals and five points. All six meetings have been decided by one goal and four of those were a 3-2 final.

–With a win tonight, goalie Jack Campbell will earn his 100th professional victory. He is making his 34th straight start and will face Jonas Gustavsson on the other end of the ice.