What the heck happened to the Muzzin-Martinez pairing? 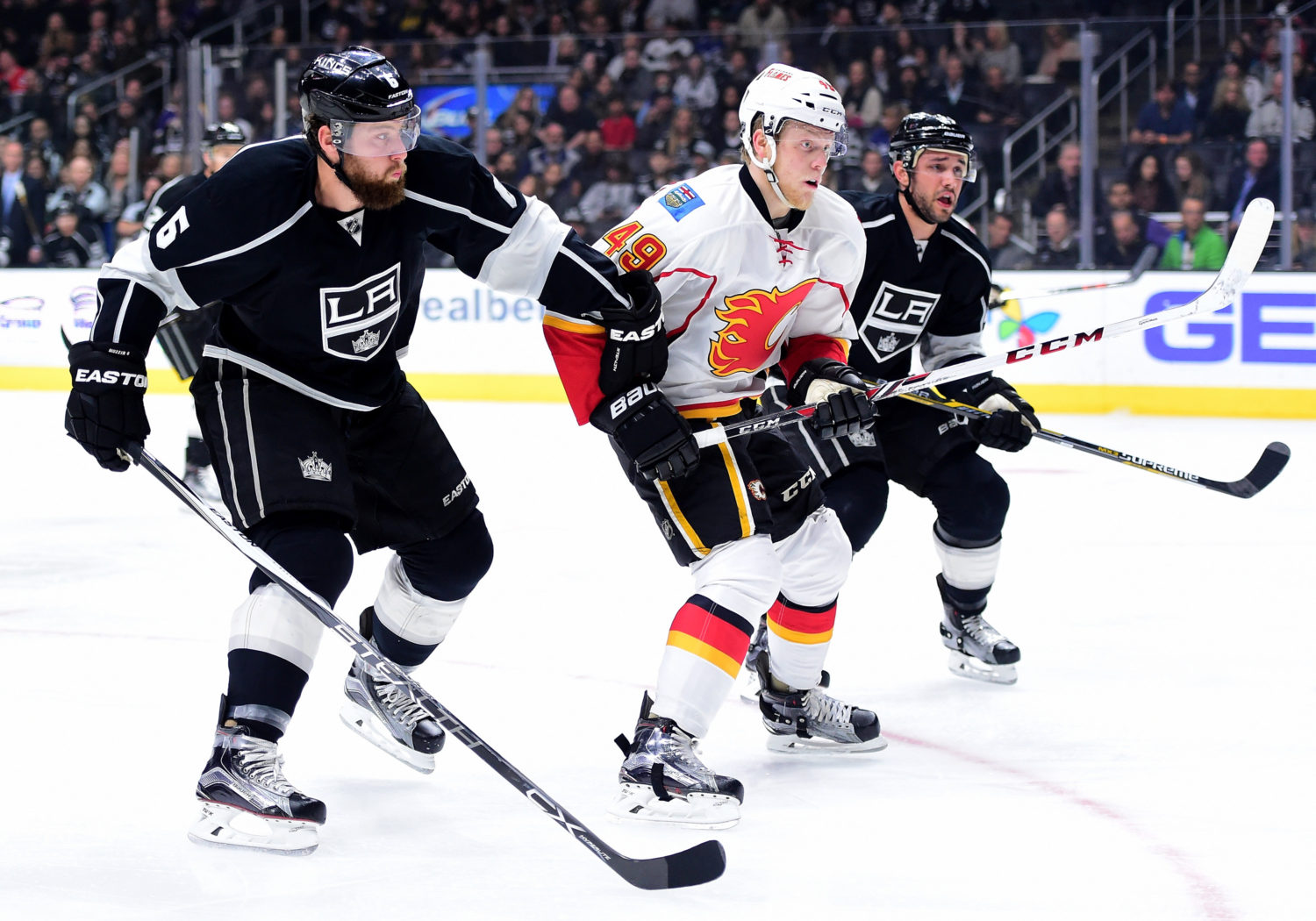 Whenever he’s at home and in need of a break from thinking, talking, living and breathing hockey, Jake Muzzin hangs out with his wife and their dogs. He’s been watching a lot of golf on television. By his own admission, he’s a three-and-a-half handicap.

At the rink, it’s business time, and in this season, there has been a puzzling emergence of inconsistency that has crept up as the team has fought to remain in a playoff position during a season in which he’s one of four defensemen to have played in every game, but carries a team-worst minus-17 rating into tonight’s affair with the Colorado Avalanche (6:00 p.m. / FOX Sports West / FOX Sports GO / KABC 790 / I Heart Radio).

“I’ve kind of been struggling with the consistency of the game, whether that be period-to-period or game-to-game,” he said. “I’ve just got to work on getting back to the basics and what makes me a good player and get my foundation back and go from there.”

That foundation, as Darryl Sutter has noted, comes from his excellent hockey size and willingness to do battle. It’s some of the nuances of the physical aspects of Muzzin’s game that could stand to be enhanced, according to the Kings coach.

“Muzz’s game, he has to be in a physical part,” he said. “First and foremost, he has to be a physical player. That doesn’t mean tramping or running over guys, but you have to be able to absorb it, to make plays, and then when it’s there, also initiate it, and that’s something that he’s really working on to try and get back in his game, and he will. I have full confidence in the last 20-something games of the year that he’ll do that.”

Alec Martinez, the defensive partner with whom Muzzin has spent the vast majority of five-on-five minutes, has also been struggling. The offense has been there for Martinez this season, who has seven goals and 28 points and ranks fourth on the team with eight power play points. But he’s a minus-11 over his last six games, and the partnership that had been a major benefit for the team last season has evolved into a liability well after Martinez etched out a very strong start. It’s expected that, similar to the Ducks game, the two defenders will play alongside other partners against the Avalanche.

“I mean, I don’t think it’s any secret, we haven’t been good enough as a pair,” he said. “We get scored on too much.” In line with their plus-minus, their goals-against rate is bizarre for a pair of players who found such success together last season. When on the ice together, the Kings allow 3.71 goals per 60 minutes, a rise of over one and three quarters goals from last season.

Even some of their underlying numbers have fallen. Both players have been known to produce top-flight possession rates at various times in their careers, though Muzzin’s (still good) 55.5% Corsi-for percentage and 0.9% Corsi-for percentage relative to his teammates are his lowest rates since his 11-game 2010-11 season. Martinez, who moved up a rung defensively in 2014-15 from a third-pair to a second-pair role, has a 54.3% CF%, which is better than the last two seasons. It’s hard to fathom why their GA60 together has spiked so significantly this season.

“First off, they’re not a team. They’re not hooked to the same harness, right?” Sutter said. “They’re two totally different type of players.”

For Sunday’s game against Anaheim, the two were figuratively split from that harness for five-on-five play, as Sutter alluded to after the game.

But, the question remains: How does a pair that etched out a 1.80 GA/60 together last season see a rise of nearly two goals against per 60 minutes? It’s one that remains a puzzle to many team executives.

“We get frustrated and down on ourselves,” Muzzin said. “Try to do too much and then we end up making errors and forcing plays, and we’ve just got to get back to the good players that we can be and finish this season strong here.”

That assessment is partly in line with Sutter’s evaluation of Martinez following Monday’s practice.

“Marty, he relies on his skating and being really mentally sharp, and I think he’s made a lot of mistakes that are mental mistakes, and that’s where he has to work with himself and because he is a bright guy and he is a hockey smart guy and all those things, and he’s a caring guy and he’s a good teammate, so when you’re making mental mistakes, that means you’re not quite going through your preparation properly, and I trust that he can do that and will do that.”

He’s certainly been a major factor in the team’s unmatched overtime success, having been on the ice for six of the team’s 10 overtime goals and earning a point on three of them. And while Muzzin has the type of body that lends itself well to absorbing and distributing physical play, Martinez is also underrated in his toughness and tenacity and leads the club with 121 blocked shots. Both have played in every game this season, and Muzzin will appear in his 216th straight game when he faces Colorado tonight.

But it’s clear that the discussion weighs on both players. Martinez said that being on the ice for goals against “pisses you off,” and acknowledged that there were no simple answers for why his previously high-pace, physical, strong-in-all-zones partnership with Muzzin hasn’t had the same effect as last season.

“I mean, I don’t know,” he said. “If I had the answer I wouldn’t be in it right now, so I mean, it’s not good enough. You’ve just got to keep going, have confidence and keep making plays and hopefully you snap out of it.”