An update on Quick, and how it affects the current plans in net 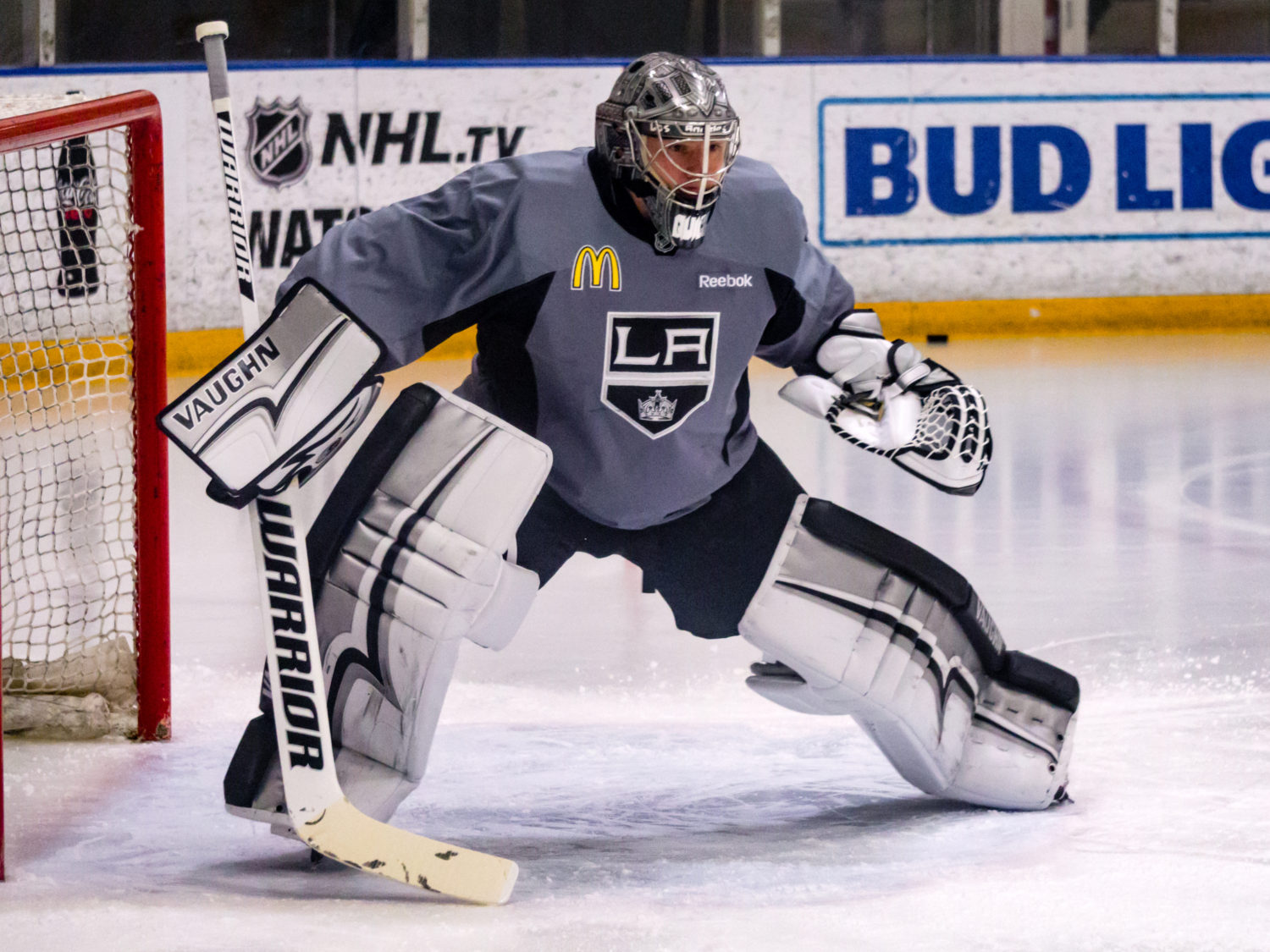 Jonathan Quick, minus the odd day off, has been skating regularly at the Kings’ El Segundo training facility. The intensity in his practices has taken a step up since he first took the ice in late January and traveled with the team on its most recent East Coast trip. Upon returning to Los Angeles, Darryl Sutter shared that the next step in the goaltender’s recovery, which is getting to be relatively advanced, would surround simulated game environments – “traffic, react, seeing and all that stuff,” he said on February 17 – and during Monday’s practice, it appeared as though there was a collection of bodies in closer proximity to the all-world netminder.

He’s not quite at the point where he’s occupying one net to himself, which Sutter had outlined as one of the next steps in becoming game-ready, and Monday’s practice was an optional where the only other goaltender was Jeff Zatkoff. But Quick was worked hard in practice, and both coach and goalie expressed optimism that he was where he should be in the process to return from a major groin injury suffered in the final minute of the first period of the season.

There has been some internal debate that the team would have to set a cut-off date of when it would have to know whether or not he’d be able to return. Were there doubts at that cutoff about whether he’d ultimately be available, there was the thought that the team might have to go out and acquire another goaltender given the weight of Peter Budaj’s workload and the struggles experienced by Jeff Zatkoff, who hasn’t started since the 3-2 loss to the New York Rangers on January 23 and hasn’t won a game since December 15.

There had also been serious internal discussions, as reported by LA Kings Insider last month and based on multiple team sources, that the team was considering recalling Ontario goaltender Jack Campbell, given Zatkoff’s inability to provide an adequate share of the starts as the back-up.

But, according to a source, Campbell’s recall has been tabled, as it appears as though Budaj and Zatkoff will be the duo until Quick is able to return, and that no cut-off will be necessary as Quick is “on that path” towards being game-ready, according to Sutter. The target, as reported by LA Kings Insider last month, remains the first half of March.

“We’re going to do it day-by-day in simulated games and see exactly where he’s at, and then I’ll say, ‘this is the game you’re playing,’ and that’s what we’ll do,” Sutter said. “In terms of deadlines or any of that other stuff, that doesn’t involve him and I at all. That’s how we deal with that.”