Good afternoon from El Segundo, Insiders. We know what you’re looking for. LINES. Today, the Kings reconvened at Toyota Sports Center and began trickling onto the ice at 9:35 a.m. local time. Once they got down to brass tacks, they aligned as such:

-The defensive pairs rotated, so it wasn’t possible to get a firm sense of the three slots for Thursday’s game against Arizona. There were three goalies on the ice: Peter Budaj, Jeff Zatkoff and Jonathan Quick. There is no change in Quick’s status; he continues to practice with the team. Early March is the earliest date he could be activated. We’re still a little ways off from targeting actual dates.

-Jordan Nolan took the ice late in practice wearing a red non-contact jersey. This was the first time he had skated since suffering a muscle pull in the team’s previous home game, the 5-0 blanking of Colorado on February 1. There’s no timetable yet on his return, but by appearing on the ice at the end of the practice, he’s showing progress.

-Teams coming out of the NHL-mandated bye week are 3-8-1. “I think physically there’s not much you can do,” Dustin Brown said. “It’s more the mental side that can maybe make up for the physical. If you’re mentally sharp, that goes a long way. Physically, five days off the ice when you’re used to skating everyday, it’s something different right? That’s why today’s important, but if you can get to tip-top shape mentally then it can maybe offset the physical part – the fumbling, the timing. If you’re there mentally, that’s probably the more important part.” More from Brown to come.

-With Devin Setoguchi having been assigned to Ontario, Tom Gilbert having been traded to Washington, Paul LaDue and Adrian Kempe call-ups and three goaltenders practicing, there was some interesting locker placement in the L.A. room. Without a roster spot as he vies to return from a groin strain, Jonathan Quick occupied the large, corner-room stall previous used by veterans Willie Mitchell, Robyn Regehr, Christian Ehrhoff, Matt Greene and Tom Gilbert in recent seasons. Nick Shore, who had been the youngest player on the team prior to Kempe’s call-up, moved across the room to the more veteran row of lockers, where he was flanked by Jeff Carter and Marian Gaborik. Kempe moved towards the caddy-corner from Quick, where Shore had previously been set up. Remember all of this because there will be a quiz next week. 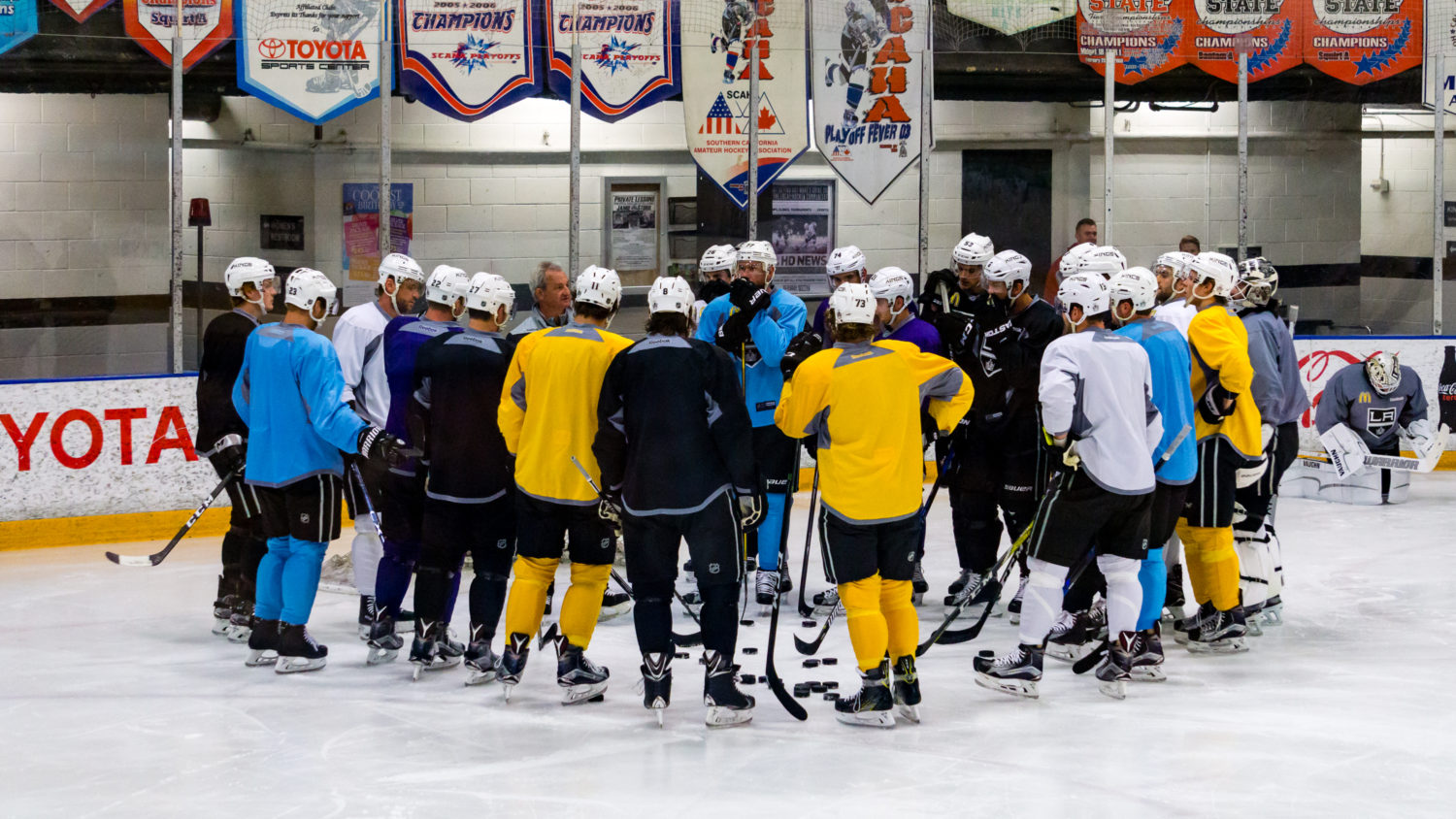 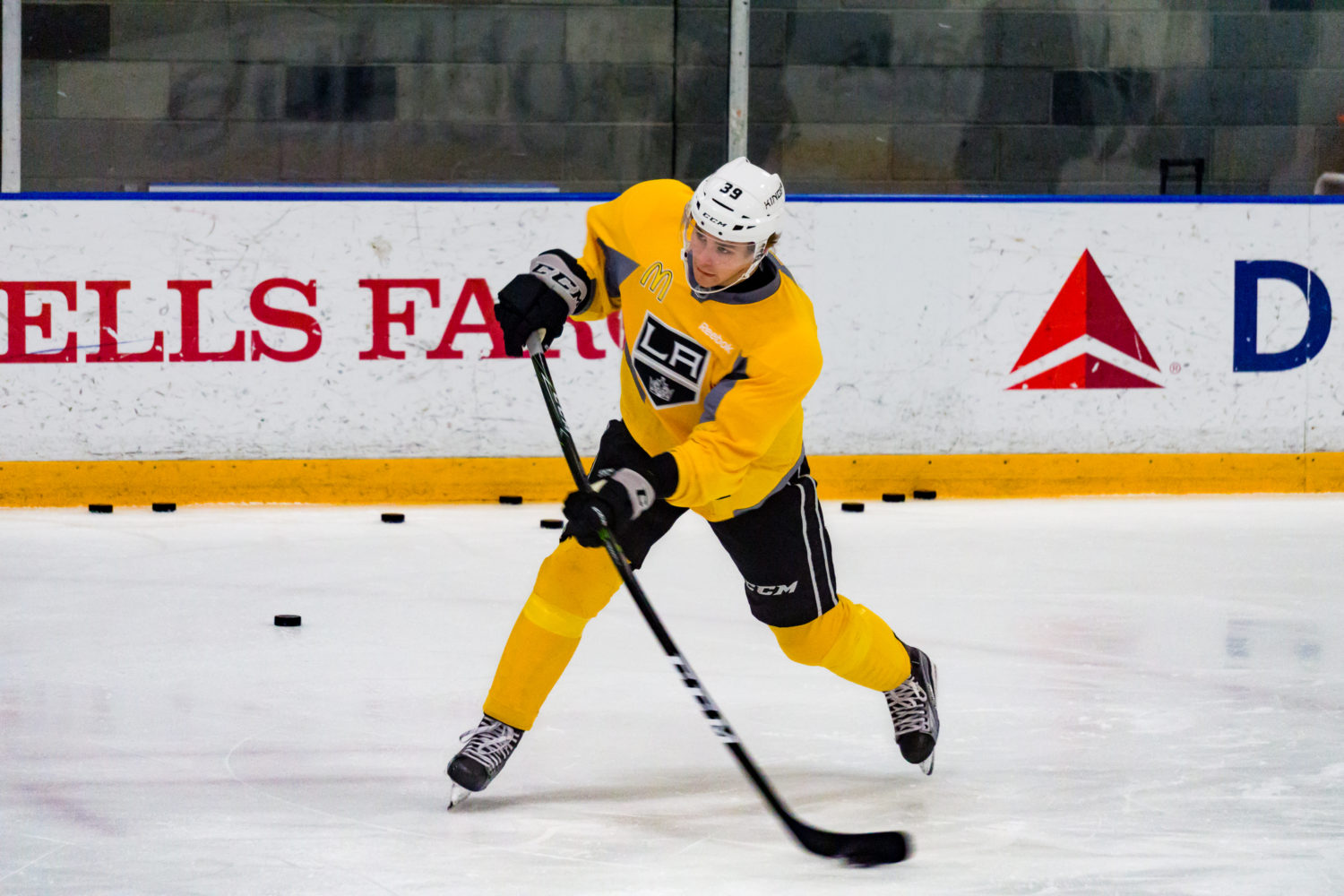 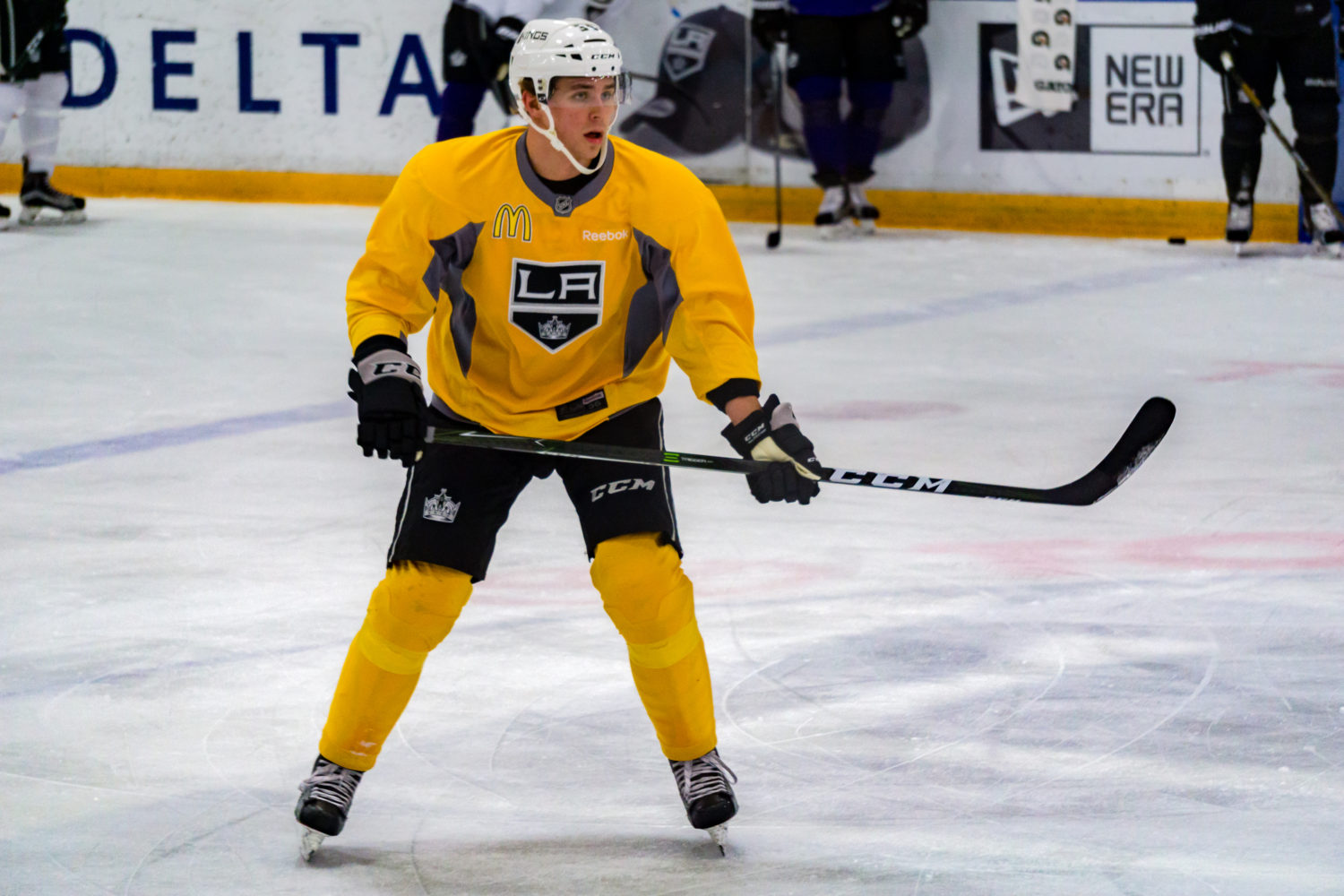 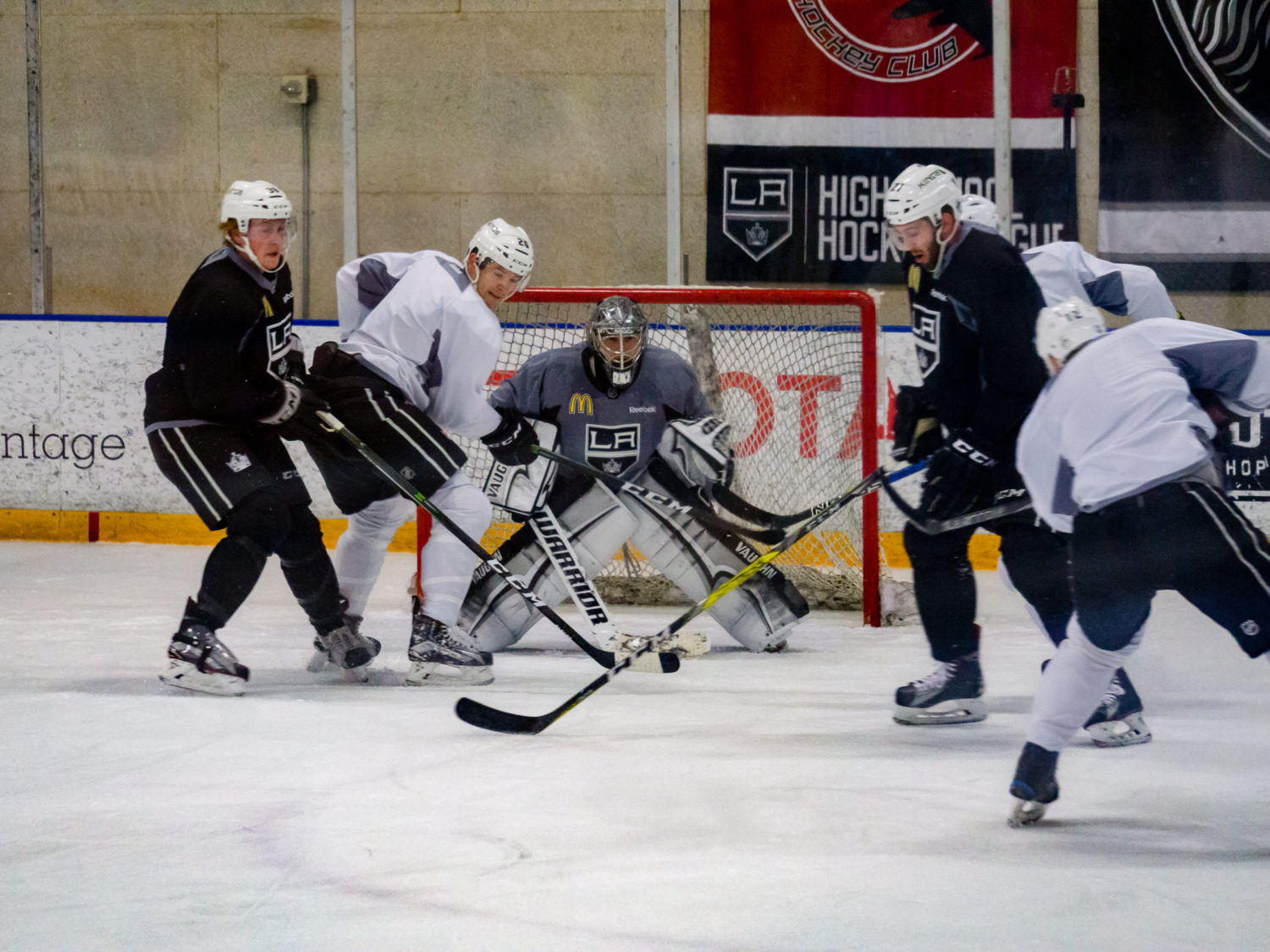 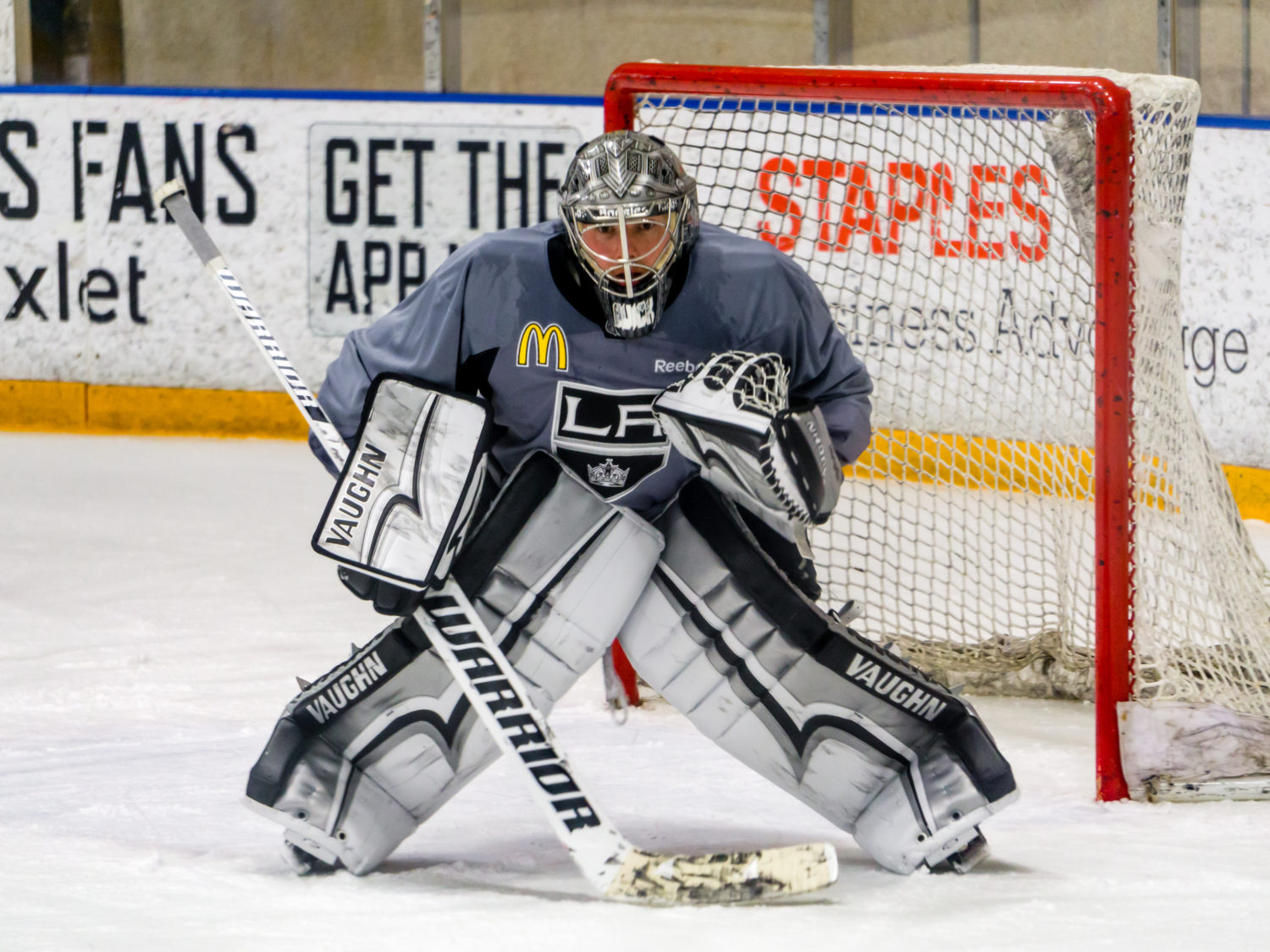 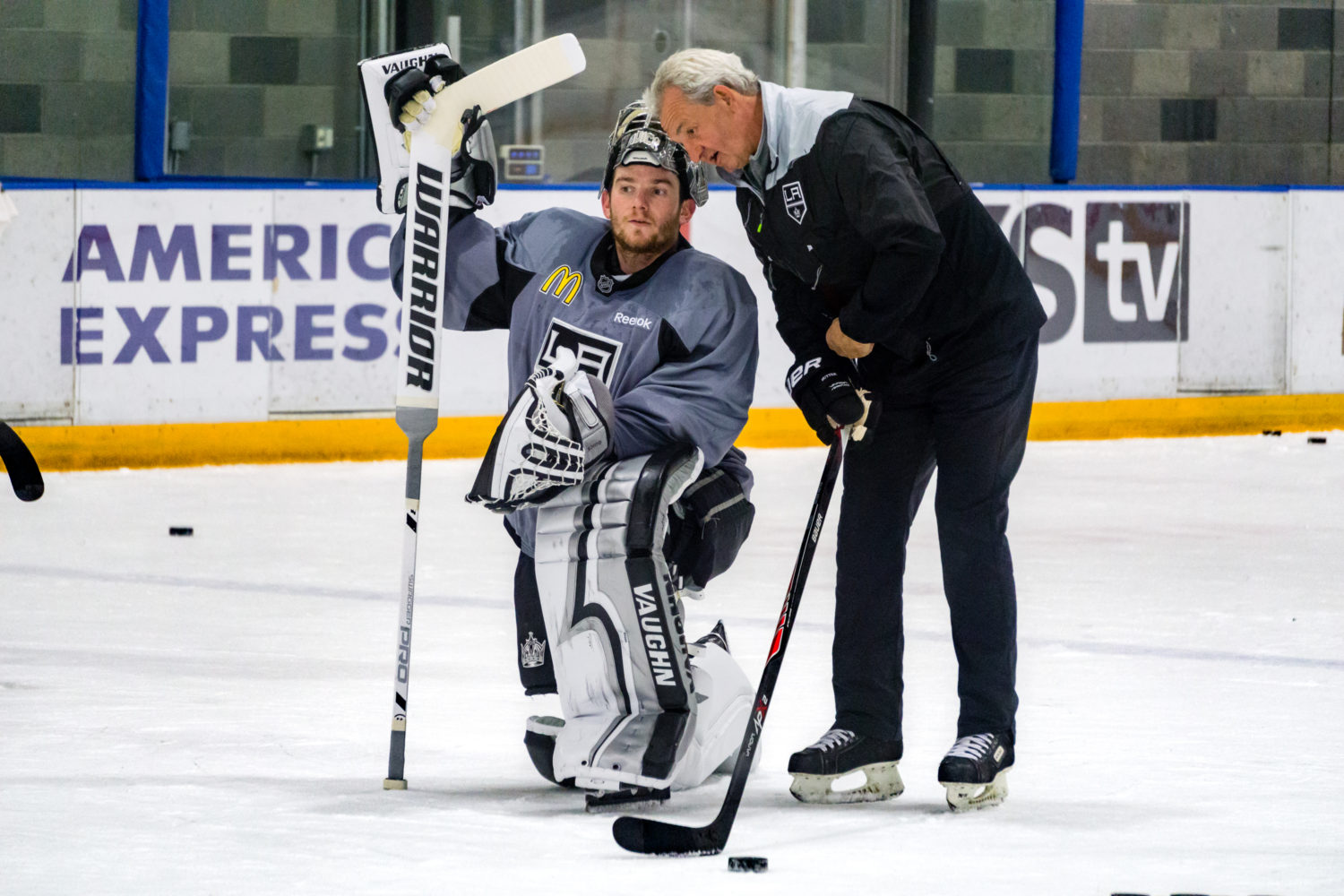 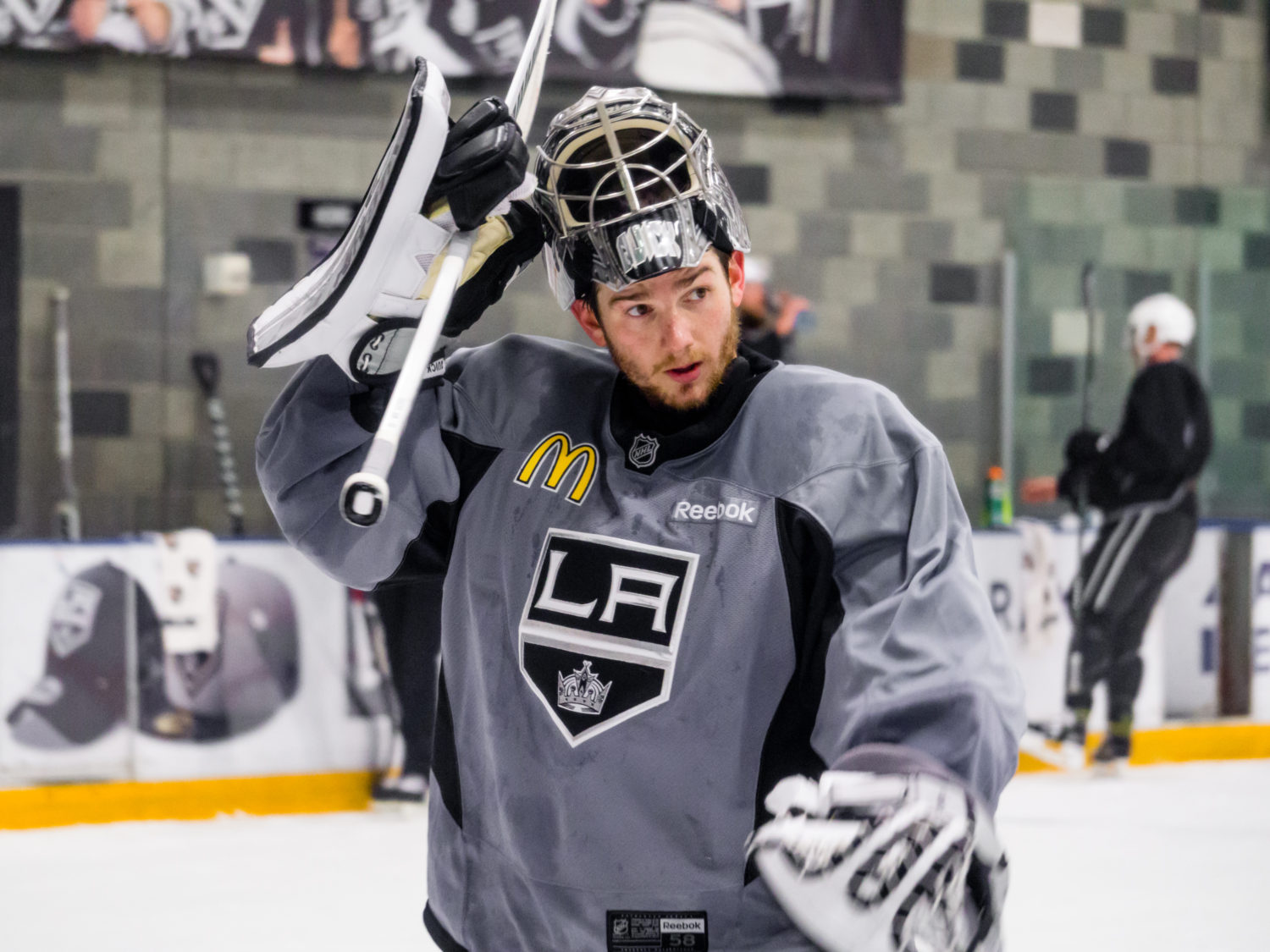