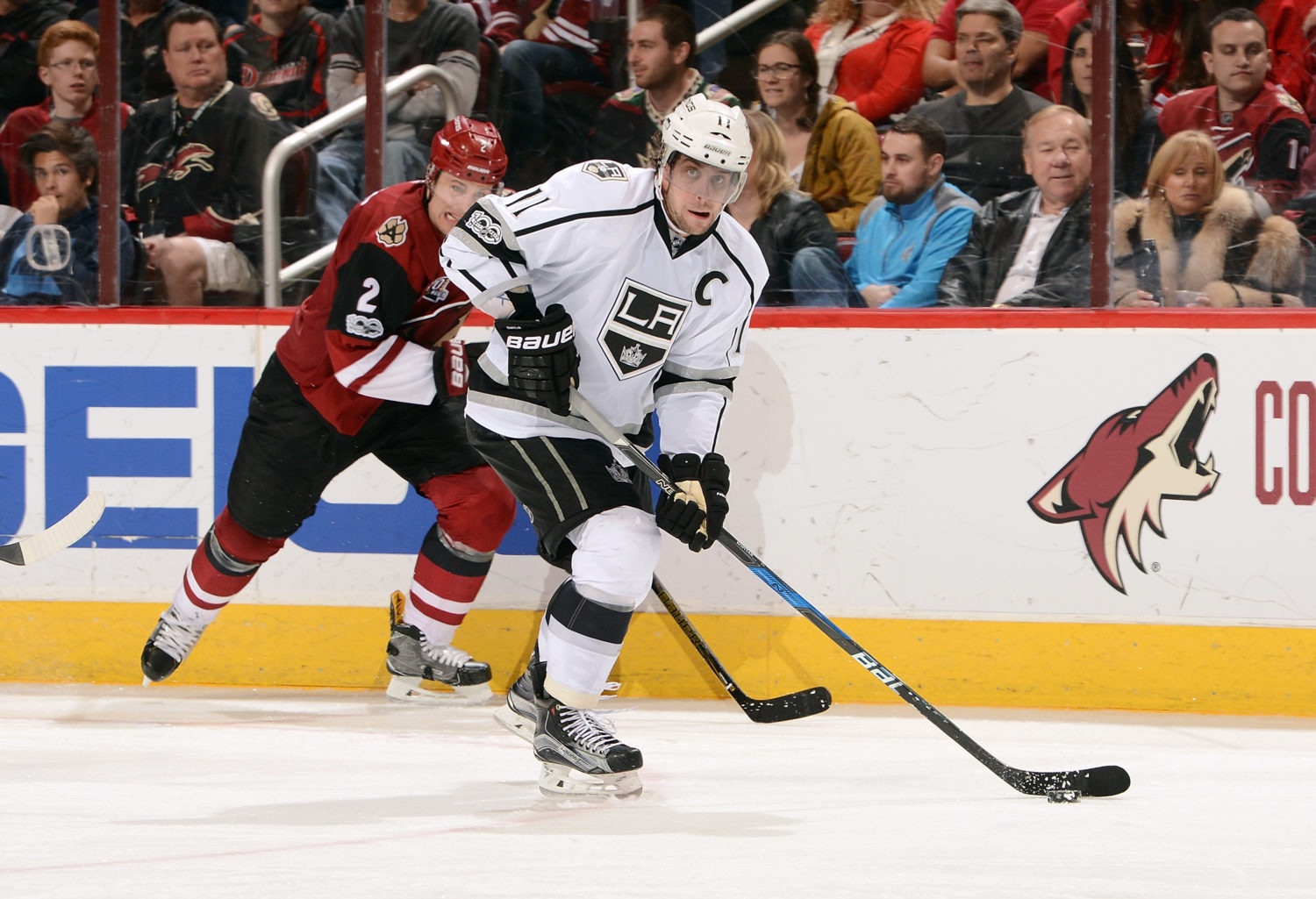 Anze Kopitar, on what came together for the Kings to get the two points:
Well I mean, I think for whatever reason, you know, it always comes down to the special teams. Obviously we were able to kill off all the penalties and find one late on the power play and that was the difference tonight.

Kopitar, on drawing two penalties in the game vs Arizona:
Yeah I mean, I feel like the last little while I feel like I’ve been playing with the puck quite a bit and obviously making plays and then obviously make sure I drive the seams and to the net and then once in a while they’ll pull me down and we’ll get a power play.

Kopitar, on playing with Jordan Nolan, and Nolan’s second period goal:
Well I just saw him kind of bust out of the zone and I feel like if I shoot it wide and try and bank it off the wall he can kind of get position on their D and beat ’em, maybe even towards the icing play, but luckily he caught it and obviously made a nice play.

Jake Muzzin, on his game-winning goal:
Just kind of slowly creeping in the back door and Jeff found me. It was a nice sauce pass, I kind of saw the puck coming through the air and it just landed perfectly on my stick and I was able to get it up. It was a nice play by him, lucky play by me, but we’ll take it.

Muzzin, on whether it felt like something “would break” their way in the 3rd period:
For us or for them? [For you guys…] Yeah we had a couple posts. We were shooting pretty good so I mean just stay with it, not change the game plan and stay with it and we got one there so I think that was good.

Muzzin, on the Kings’ “coming out hard” in the 3rd period:
Yeah you know, we need points and I mean, we need to play desperate. Every point is crucial so it was big for us to start this off on the right foot.

Muzzin, on the team limiting scoring chances against in recent games:
Well you know it’s a five-man, six guys defensively working out there together. It’s not just the D and the forwards, we’re focusing on being connected in all three zones. That’s offensively and defensively and that’s kind of been our focus of late and we’ve been executing it better I’d say.

Muzzin, on his open shot against Smith in the 2nd period after the faceoff:
Yeah. [laughs] I was just shooting as hard as I can. Shoot it as hard as I can and [—-] he’s got a quick glove, eh?

Muzzin, on the Kings pushing for a playoff start since the start of the season:
Well yeah, we have a few games in hand and we have to take advantage of that. That comes by winning in regulation, especially in your division, so we were able to do that tonight and we’ve got to get on the plane here, head back, and get ready for Colorado tomorrow.