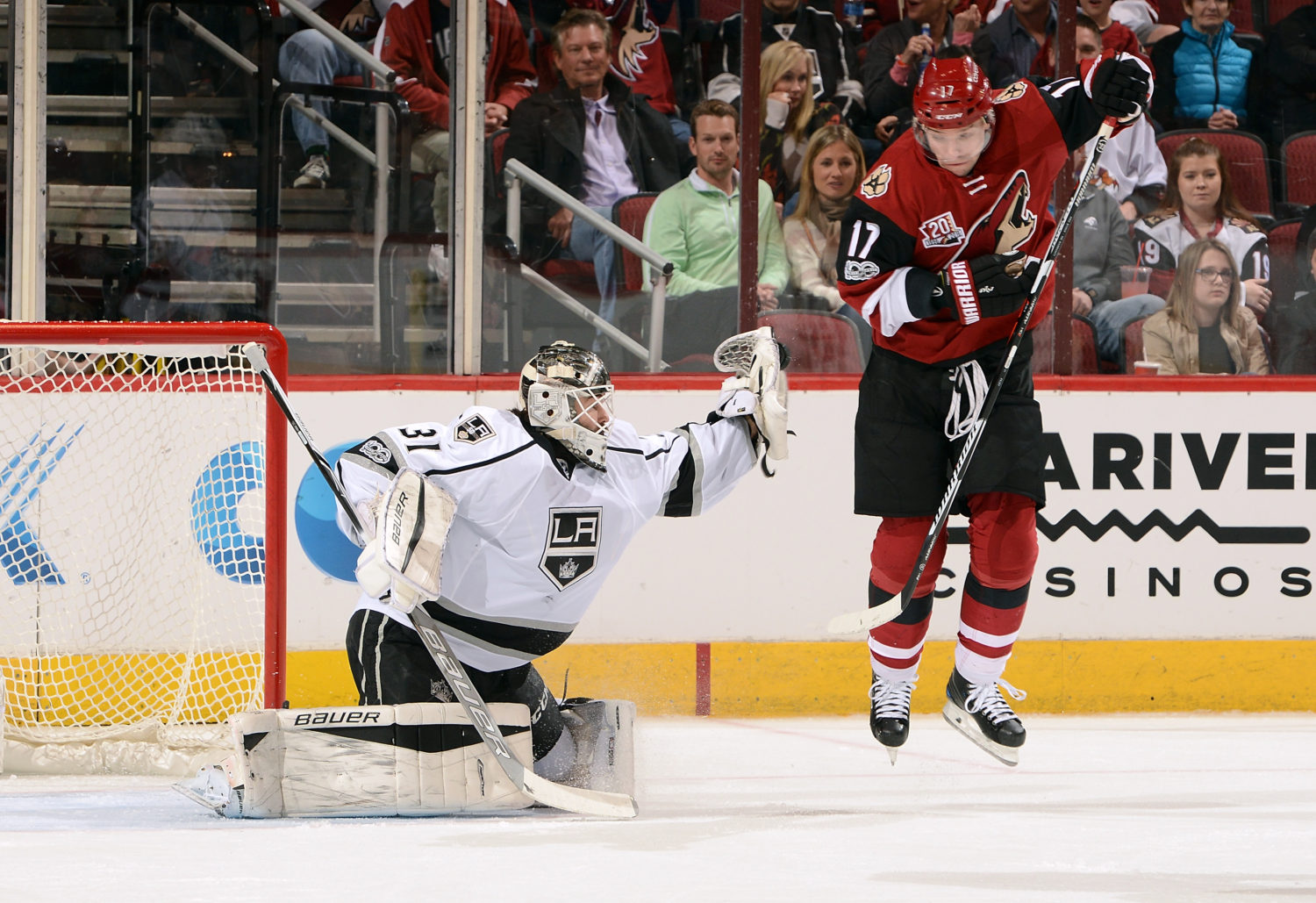 On the team’s third period push:
I think we hit three posts for sure in the third, so we were hoping eventually it goes in.

On the difference in the third period:
I think after probably the first few minutes of the first we had a pretty good handle on the whole game, not necessarily a period.

On Jordan Nolan’s three goals against Arizona this season:
Some guys like to play against certain teams.

On Anze Kopitar’s performance:
Kopi? He’s a pretty powerful player. Even if you look at the third period, all the faceoffs he won on that side of the ice and drew penalties. He was a pretty dominant player tonight. [Reporter: He was set up by Carter to Muzzin, too-] I think that power play had lots of good looks once we got in the zone and had control. I mean, Tanner hit the post just prior to that on the power play before that, at the end. We had lots of good looks on it.