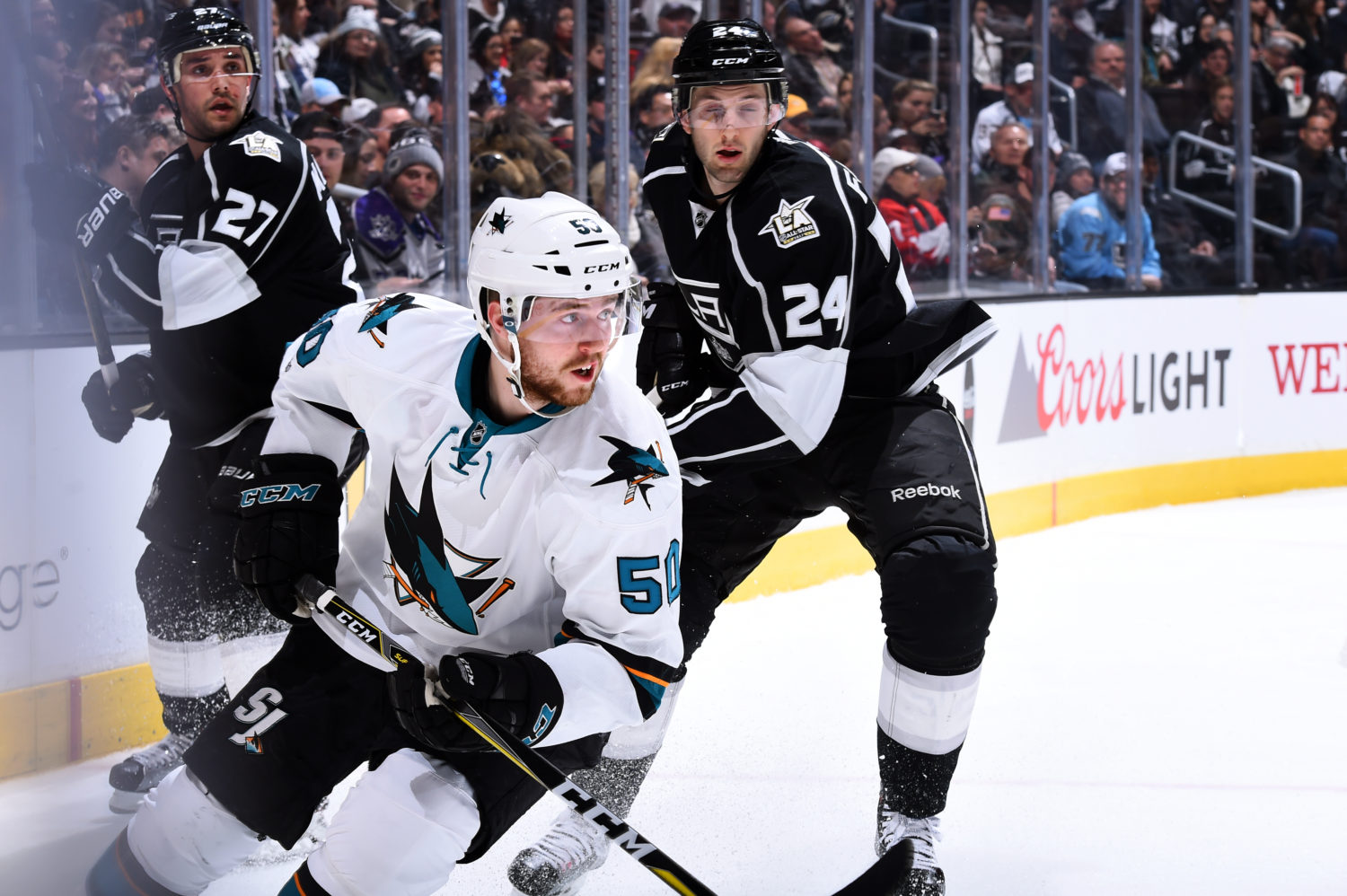 Alec Martinez, on the 3-4-0 home stand:
Not good enough. Had an opportunity here with four games at home. I think we were home for ac ouple weeks and we didn’t take advantage of it the way we should have.

Martinez, on the odd-man rushes and why the game was more wide open than most:
I don’t know. I can’t speak for San Jose, but on our part, a lack of detail. Just wasn’t good enough.

Martinez, on whether he looks at the 2-3-0 season series against San Jose:
Yeah, we lost it. Again, not good enough.

Tanner Pearson, on fighting from behind:
Yeah, I think some chances could’ve gone in. But that’s the way this league works. If you’re chasing the game, it probably won’t be friendly to you. We’ve got to come out on time, ready to go and try to get that first one and not try to battle back the whole game.

Pearson, on not taking advantage of the seven-game home stand:
Obviously when you get a home stand like this, you obviously want to try to string some wins together. We didn’t really execute that too well. Obviously every team wants to be a good team at home, have confidence at home. Going under .500, we went in the seven games, obviously it didn’t go the way we wanted.

Pearson, on the odd-man rushes against:
I don’t know if it’s loss of coverage. I know the one late in the second period, I lost my guy out of the corner and it caused a two-on-one up the ice, and it’s just small things like that. Attention to detail maybe was the case. Sometimes it bites you where you don’t want it to with the one two-on-one goal type of thing – they put it in the back of the net, and we’re trailing again, so we’ve got to limit those chances, for sure.