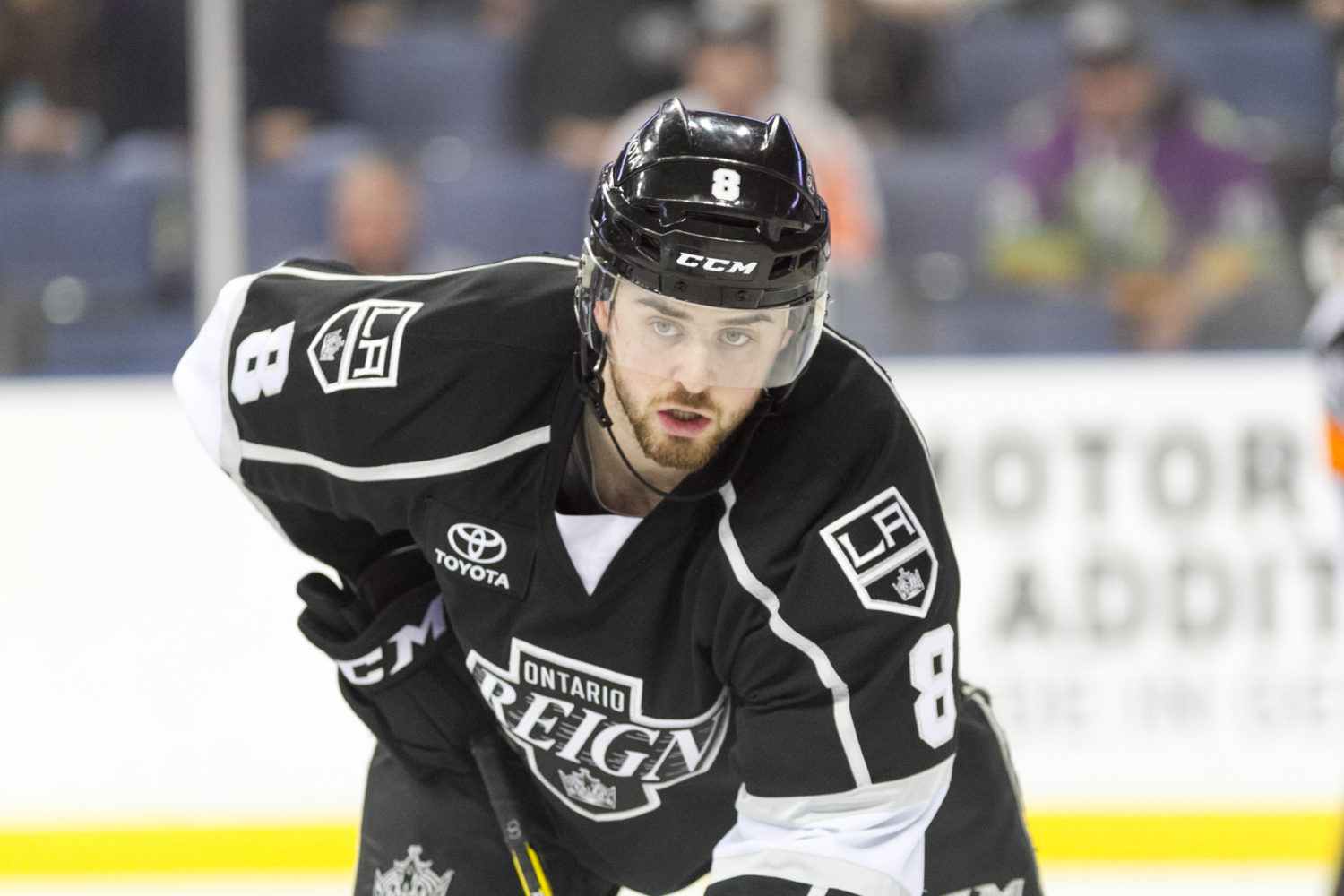 Zac Leslie has played in 30 of the Reign’s 32 games this season. That number, 30, is the same amount of games he appeared in a season ago in first AHL season out of junior.

Limited to those games in his first pro campaign due to pecking order and an upper-body injury that required surgery, the 22-year-old Ottawa native has taken the most out of his opportunities in Year 2.

“I think any player will tell you the more you play the more confident you’re going to feel, more poise you’re going to have on the ice,” said Leslie, who has an assist in each of the last five games. “Obviously I’m getting a chance to play a little bit more than I did last year and that’s the biggest thing. And also our team, we’re playing so well as a team so far this year that that’s had a big help. Points-wise, I think half of that’s going to be from luck and other guys making plays as well. I think that’s where it comes with a bit of luck but I do feel confident when it comes on the ice.”

Head coach Mike Stothers has said previously that Leslie was known to play with a swagger while with OHL-Guelph, a team that he made a Memorial Cup final with in 2013-14. That sort of play is finding its way to Ontario as Leslie is showing more patience with the puck and already has 15 points (3 goal, 12 assists), triple the contributions he had in 2015-16. Despite missing some of training camp and the first game of the season with what Stothers categorized as a “bizarre,” injury in the Kings vs. Kings preseason game in late September, the defenseman is now on a bit of a roll — “His development has taken a little bit of a beating but he’s persevered,” Stothers said.

“Les is quietly putting together a pretty good game,” Stothers said of Leslie, who was drafted by the Kings in 2013 in the sixth round. “He’s starting to round into that offensive, mobile defenseman that we were looking for that was going to contribute with some points and skate pucks out of trouble and be part of your power play and I think he’s feeling more comfortable. It’s good to see. That’s what we’ve been waiting for.”

It wasn’t so a season ago, where Leslie watched more games in his dress suit than not and appeared in three of the Reign’s 12 playoff games. He recalls sitting, “four, five, six games in a row.”

“When you’re in and out of the lineup it’s hard to make your mark, right? I think that was just the thing,” he said. “I was a younger guy and that’s how it goes sometimes. I learned a lot last year.

“I’m sure if I just came in and everything was nice and easy I wouldn’t have made the improvements that I did. I think it really helped me in the long run.”

What’s helping him is also helping the team, which continues to hold first place in the Pacific Division.

“Another guy that’s a good person, works hard,” Stothers said. “Good things are starting to happen for him so that’s good for us.”

Leslie, on being able to make up for mistakes on the ice:
You make a mistake and you’re a younger guy, you might not get a second chance. Now if I make a mistake I’m getting the opportunity to go make up for that mistake. I think that’s where a lot of the confidence comes from.

Leslie, on how practices helped him improve last season:
Day in and day out the practices are huge. Especially last year, that was a big thing, the practices. The practice time I got last year really helped me and then going into the summer I just continued to work on the little things. I think that’s one of the big things, over the summer was our positional play, defensive end, that’s where I feel I’m most improving is the positional play. The points are great and all but getting to kill penalties and play well defensively is the main thing.