Defense getting pucks through, and Forbort's a part of that - LA Kings Insider

Defense getting pucks through, and Forbort’s a part of that

Derek Forbort’s play has been an encouraging aspect of the first half of the 2016-17 season, and one way he has been able to put several diverse parts of his skill set together is through his ability to get shots through towards the front of the net. It combines skating and vision to open up shooting lanes so that he’s able to keep pucks close to the ice and bound for the net, not a shin pad.

“He’s just good at walking the [blue] line,” said his defensive partner, Drew Doughty. “He has a good, quick wristshot. I try to get him as much time as I can when I’m going D-to-D with him. He does a good job at it. He has his head up and he finds the lane. He’s just trying to get it by the first guy, and from there on out if it gets blocked, it’s really out of his control, so he’s been doing a good job.”

Obviously, it doesn’t hurt that a defenseman regarded as the elite of the elite at the position skates to his right during five-on-five play and draws more of the attention, allowing Forbort’s budding confidence the time and opportunity to get more pucks through towards the front of the net.

“I’m sure the forwards put an emphasis on shutting him down and being really aware of him when he’s on the ice,” Forbort said. “Maybe that opens things up a little more on the blue line, but who knows. I don’t know what they’re thinking.”

What he is thinking about is keeping pucks roughly four or five inches off the ice.

“That way if it doesn’t get deflected, hopefully it hits their pads and is there for a rebound,” he said. “I think that’s a better shot than anything up at the glove that they can catch or somebody could just deflect up into the net. That’s another huge thing, looking for sticks. It’s nice when the forwards are in the middle presenting a stick and you can hit that. It’s another way to get a puck down into that area.”

He’s not necessarily shooting to pick corners, per se, and not all of his shots have gotten through towards the goaltender. But in recent games he’s been doing a strong job of getting that puck past the first wave.

“Just shooting with my head up, changing the angle a little bit,” he said. “The forwards do a good job blocking shots, so you’ve got to do something else to be able to get the puck through.”

As would be expected, the more offensive defensemen such as Drew Doughty (51.8% in five-on-five play) and Alec Martinez (48.4%) get the highest percentage of their shot attempts on net.

“When they’re on, our defense gets a lot of shots,” Darryl Sutter said. “They’re open up top and pretty mobile guys.”

Derek Forbort, on what he’s looking for when a window towards the goal opens up:
I think you just try and find the goalie and just help with D-men. D-men are tough [blocking] shots nowadays. You’ve just got to try and get your head up and see where the goalie’s up. Just changing your angle a little bit to get that forward to move one way and then you shoot the other.

Forbort, on whether he’s trying to shoot to score or get the puck to the front of the net:
No, my job, I’m just trying to get it down there and hopefully create a rebound. … I’m not picking a corner, you can’t see the corners.

Forbort, on when he knows when to pull the trigger on a shot:
Just kind of waiting for that lane to open up, and as soon as it does, you’ve just got to be ready to fire. The big thing for me is walking the line in a shooting position that whole time.

Forbort, on whether he feels he’s improved his defensive play down low since having spoken to LAKI between the games against Columbus and Nashville:
Yeah, I mean, I think it was just that Columbus game. They had a really good group of forwards. Obviously it’s a staple of my game and it was something I wanted to get back to, and that’s just kind of what I’ve been trying to focus on the last couple games. 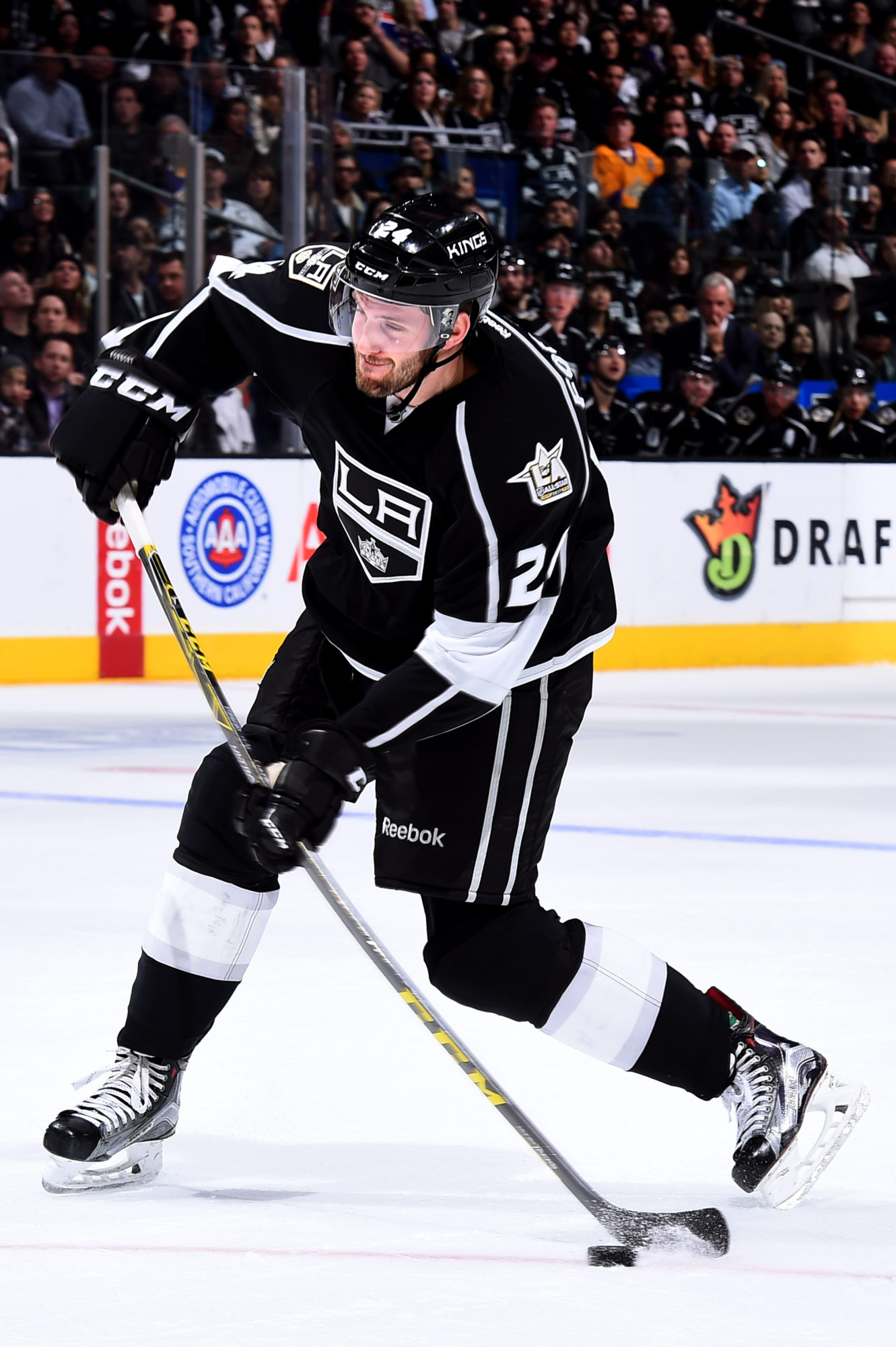