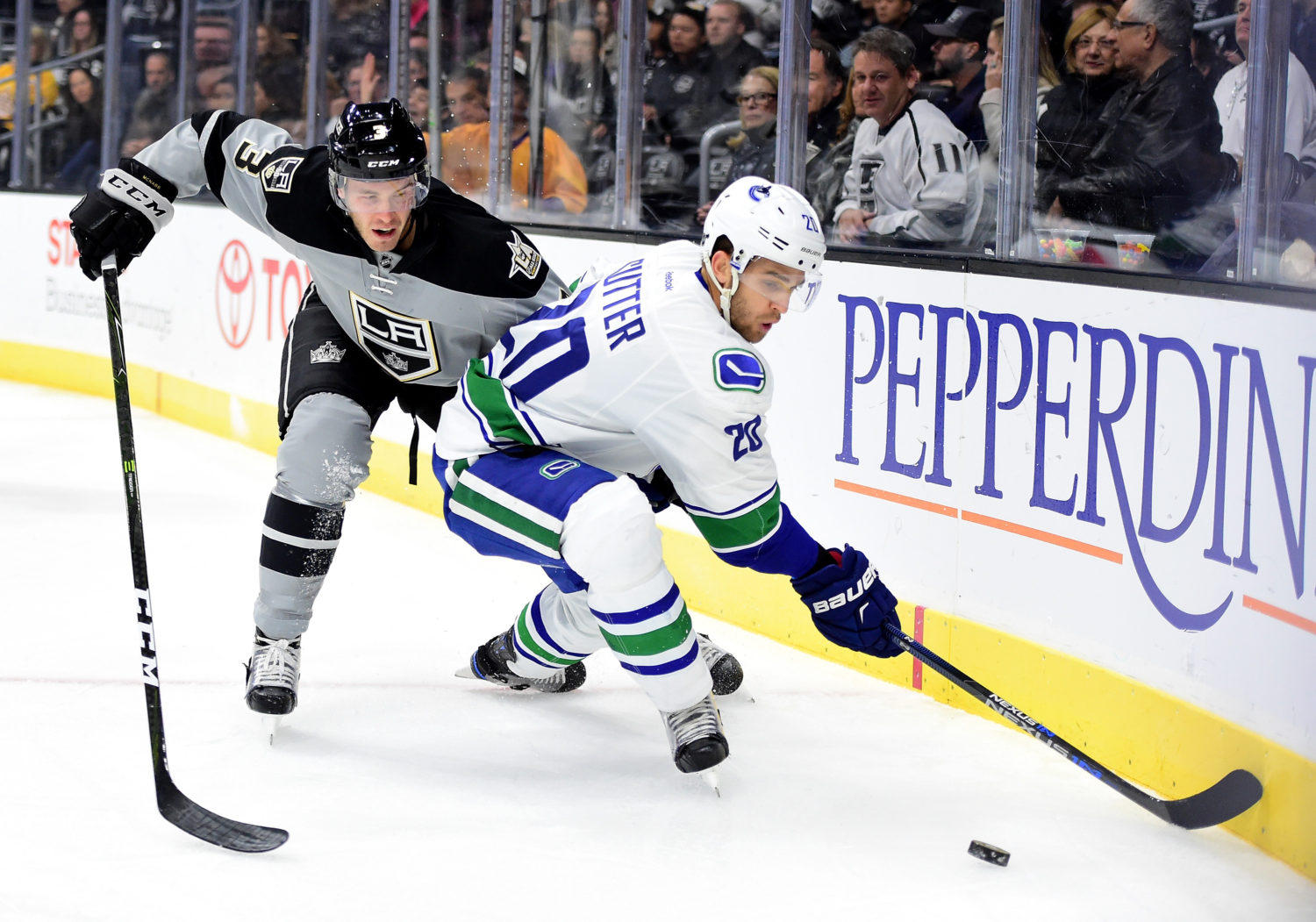 The Los Angeles Kings activated Brayden McNabb on Thursday after the defenseman missed 27 games with a broken collarbone suffered in a collision with St. Louis’ Colton Parayko during a game at Scottrade Center on October 29. A roster spot had opened up when Tyler Toffoli (lower-body) was placed on injured reserve yesterday.

With the activation, Los Angeles’ 23-man roster is full. At the moment it contains an interesting collection of 13 forwards and eight defensemen, which is not a balance that the team has regularly had in the past but was one that Darryl Sutter seemed content with during a press scrum two weeks ago.

From a question on Tom Gilbert during the daily Sutter scrum on December 17:

…We played Kevin, and Derek’s really grabbed a hold and done a good job. Kevin’s green and he’s a good player, but he’s still green, especially when you go on the road. I don’t like talking about it because you can’t get by with six. I would rather have eight. Eight and 13 is a good number for me, but it’s hard to do with our team just because of the way that works. We put Gibby back in because we wanted to get Marty and Muzz split up. They’ve had a hard time on the road. A lot of our games we’ve split ‘em up because they’re both good players, and sometimes they’re trying to do too much. We split ‘em up and just let ‘em focus on their own game, being good defenders and moving pucks – things like that.

Having heard that, when McNabb re-enters the lineup, the tea leaves say that it could be at the expense of Kevin Gravel, who has mostly held his own and played at a good pace but is a left-handed shot like McNabb and a low-teen-minutes player. There was no morning skate earlier today, so it’s difficult to get a firm gauge on who exactly will be in and out of the lineup. Warm-ups will be the best indication.

For what it’s worth, Gravel is the only player on the back end who would not need to clear waivers in the hypothetical event that the team decided to assign a defenseman to Ontario.

McNabb had been playing very well in his eight games, having already tied his career-high with two goals. At the time of his injury, he led the NHL in raw, five-on-five Corsi-for with an on-ice shot attempt percentage of 63.2% and had demonstrated a confident and physical style of play.

A third-round draft pick by Buffalo in 2009, McNabb has seven goals and 48 points in 197 career NHL games to go along with a plus-25 rating and 176 penalty minutes.