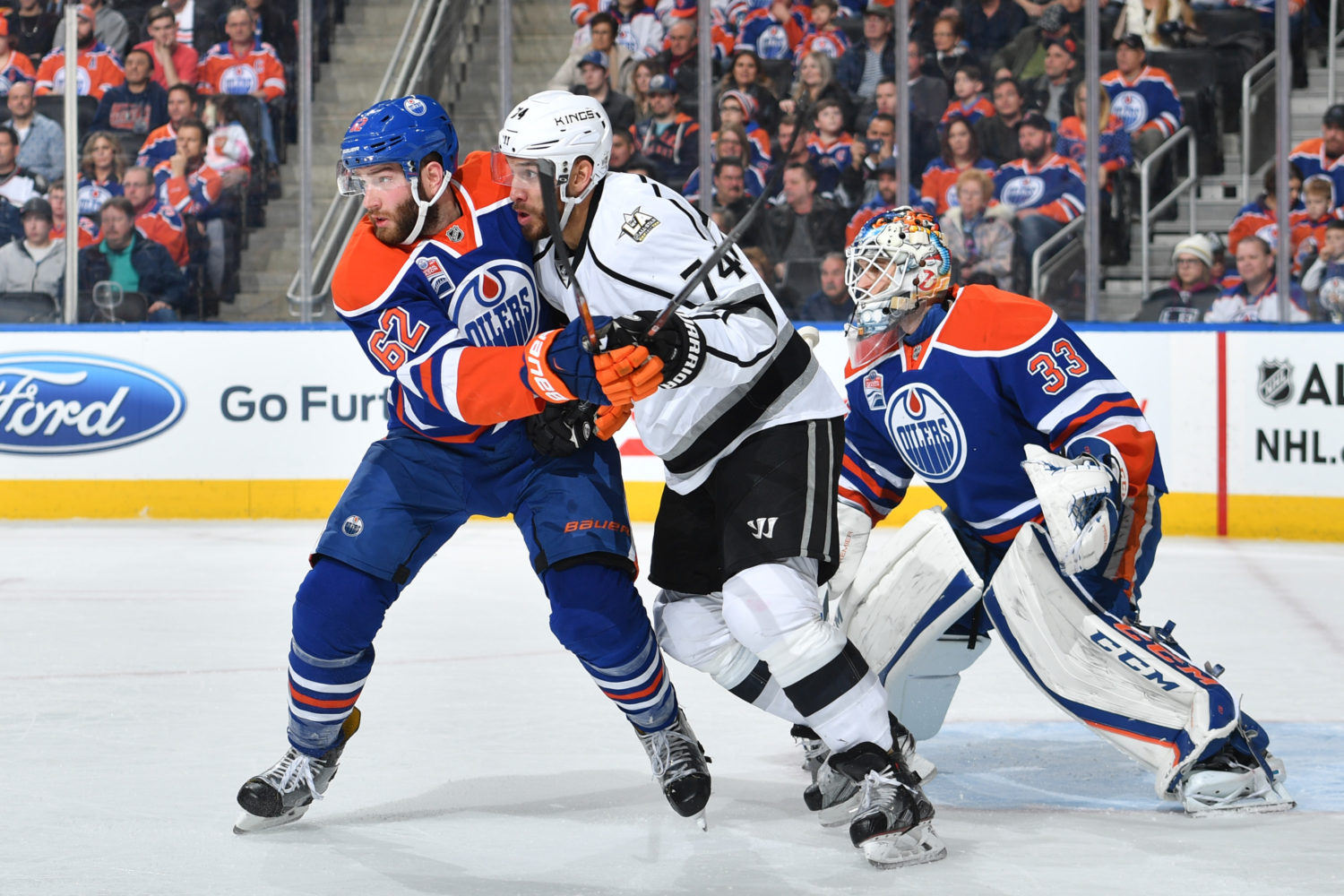 On whether the Kings will benefit from returning home:
We played our asses off again tonight. I don’t think going home has anything to do with it. We go home, get home in the middle of the night, play again, so that’s the way it works. That’s not anything other than – you know what, we got beat in the scoreboard, but we can’t complain about much else.

On the difference in a one-goal game plus an empty-netter:
One goal, wasn’t it? Don’t ask. You know, you ask and answer the same question. I don’t know why you do that. [Reporter: In terms of the performance and what you see, what led to the goal-] I just finished saying it, Jon. Are you deaf? I just finished saying that we played our asses off and we got beat by one goal. So we scored one goal. Hey, we played a hell of a hockey team in a tough building. You should give the Oilers a little bit of credit.

On whether the Kings were affected by the absence of Tyler Toffoli:
For sure we are. I mean, the top end of our lineup, there’s not a lot of goals there, and Kopi’s having a really hard time finishing, so I don’t think the line had a whole lot tonight. Nugent-Hopkins line pretty much controlled – Draisaitl and Maroon – controlled that line.

On whether the high shot volume of the last two nights was encouraging:
Different types of teams. Oilers don’t give up much, their goalie’s really in control now. There’s not much rebound stuff and their defense knocks a lot of pucks down around the front of the net. They aren’t going to give up a lot of quality in front of the net, so you’ll score on the tips, screens, things like that.

On how much different of a team the Oilers are:
They’ve got a lot of players difference. Surely, you watch them a lot. Surely. I mean, I think they have one of the bigger forward groups in the league. I mean, we get a lot of guys that just ask questions, and when you don’t watch games and all that stuff, you watch live, you see who the good players are on the good teams, and the Oilers are a good team.