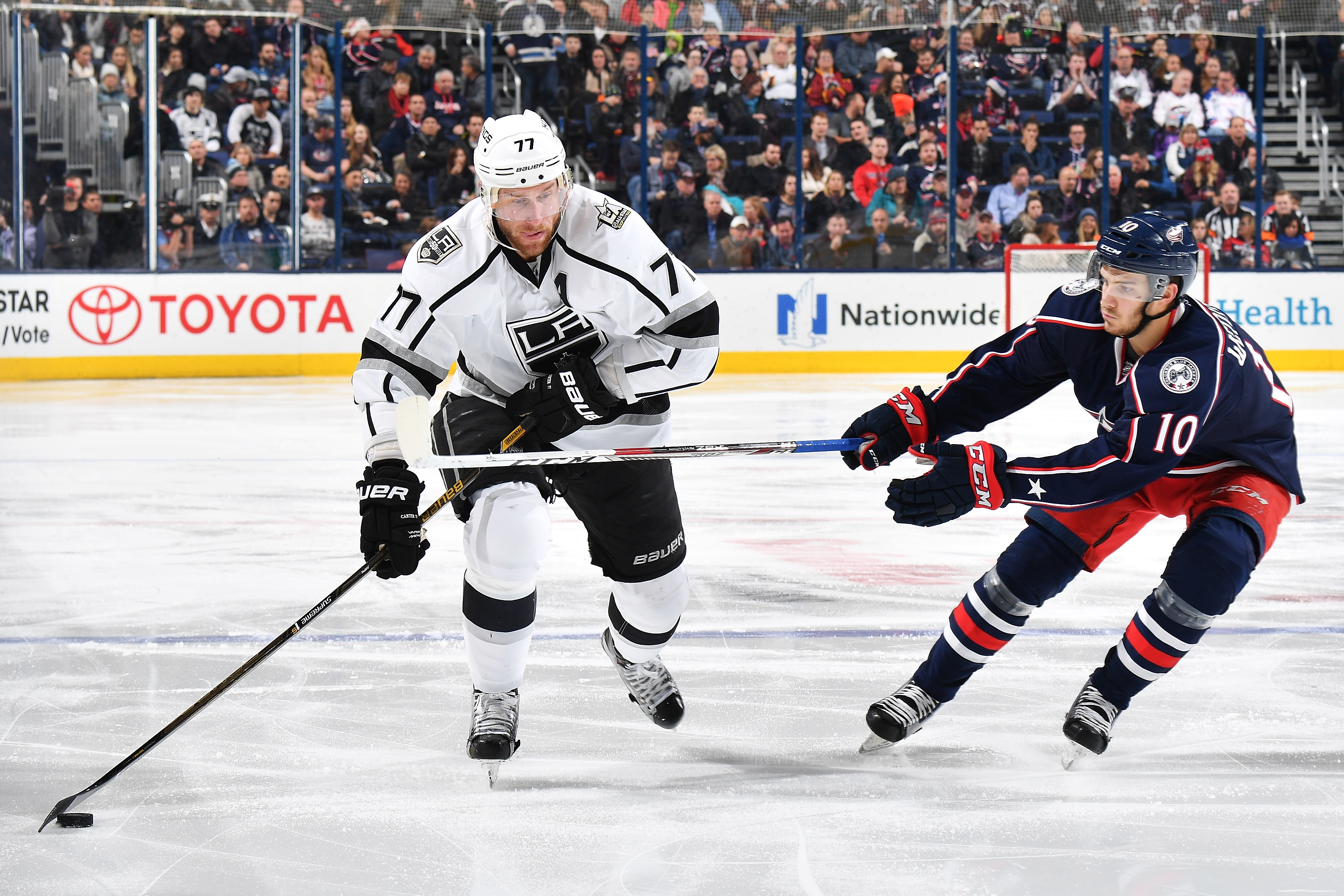 Jeff Carter, on the Kings’ overall performance against the Blue Jackets:
I thought we did a lot of good things. I mean, we put up 46 shots or something like that. Got to put the puck in the net though, you know, we had a lot of good chances myself included that we needed to really bear down on. It’s probably the difference in the game, to be honest with you, I thought we played well enough to win but that’s the way she goes.

Carter, on whether he liked the pace of the game:
Yeah, no it was good. Yeah it just seemed to kind of flow tonight, the refs for the most part let us play and those games are enjoyable.

Carter, on why the Kings “always seem to go to overtime or shootouts”:
Well, yeah. I wish we could end them a little earlier but I couldn’t tell ya, I don’t know. I mean it’s a competitive league and every night you’re playing against a good team and good players so I guess the league’s kind of got what they want, right?

Carter, on what the mindset is like when going up against a team that’s won 9 games in a row:
It doesn’t really change a lot, you know? I mean, we played them early in the year and it went to overtime again, right? If I’m not mistaken, yeah. Every time we play them it’s a tough game. We know what we’re getting in to, a really skilled, hard working team and they play a full 200-foot game. You know, win streaks, they’re great, whatever. They’re obviously on a good run but we knew what we were getting in to tonight.

Carter, on whether he was “soaking in the boo’s” during the game:
It’s great. Love it. I love it.