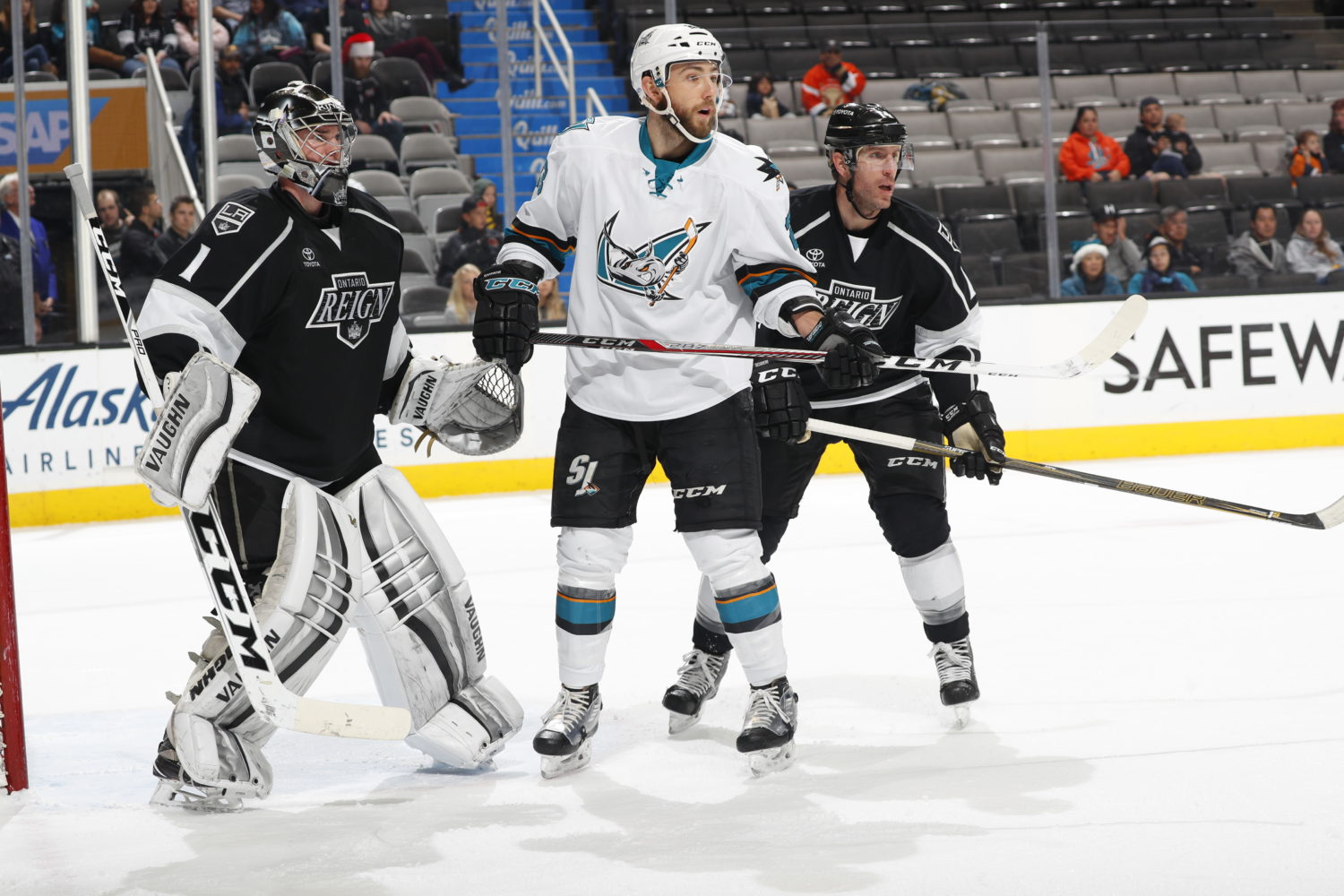 –The Reign are now 7-1-1-0 in their last nine games, picking up points in all but one as they head into the holiday break. Their next game is Dec. 26 in Ontario against Bakersfield.

–Michael Mersch’s overtime-winner was his first game-winning goal of the season but also his ninth goal, which now is tops for the Reign. Mersch, who also added an assist, now has a goal in each of the last three games and is on a three-game point streak (3-1=4).

–Goalie Jack Campbell earned his 10th win of the season (record now 10-3-2) and registered a season-high 40 saves in his ninth straight game and fourth this week.

–Teddy Purcell continued his hot play since joining the team as he scored the opening goal and had two assists (including the primary on Mersch’s game-winner) and now has nine points (3-6=9) in seven appearances with the Reign. He’s also on a three-game point streak.

–T.J. Hensick had three assists and jumped into the team scoring lead over Jonny Brodzinski with 21 points (8-13=21).

–The Reign were outshot 43-33. Purcell had a game-high seven shots on goal.

–The Reign have scored three or more goals in each of their last 10 games.

–Reign captain Vincent LoVerde was given a five-minute major for kneeing and a game misconduct after his neutral zone hit on San Jose forward Nikolay Goldobin at 15:15 of the second period. The former San Jose 2014 first-rounder had to be helped off the ice, but returned to the ice at the start of the third period. Here’s a look at the hit:

Goldobin helped off the ice after this LoVerde hit. The captain gets major for kneeing pic.twitter.com/9fLrUwR9ew

–The Reign’s Jack Campbell will match up in net against San Jose’s Troy Grosenick, who is riding a lengthy shutout streak and will get the start again this afternoon. Grosenick has had three shutouts in a row, including last night’s 5-0 win over Bakersfield.

"You shall not pass." – Troy Grosenick

Shutout streak is now up to 241 minutes and 36 secondshttps://t.co/xs7lQMwOzG pic.twitter.com/cjwkWRvcAO

For more on the Barracuda, visit here.