Good morning, Insiders. The Kings began trickling onto the ice for practice shortly before 9:50 a.m. and ultimately aligned as such up front:

-In other words, there were no changes from the lines shown on Sunday. This, surprisingly, was the team’s first practice since Saturday, so most of practice was skating and transition-heavy. There were ultimately five-on-zero breakout drills and work on odd-man rushes via drills that were structured with five-on-two and three-on-two groupings. Before practice segued into individual work, the team took part in one-on-one and one-on-two defending. “Today we looked at some stuff we can get better at, some transition stuff that we’ve got to clean up and that will allow us to have more O-zone play and more forecheck,” Jake Muzzin said. “So, focus on ourselves and tomorrow we’ll look at Carolina.” I’ll have some notes and stories up later today detailing the relaxed schedule, one that will continue with a glut of games against Eastern Conference teams.

-Brayden McNabb was again joined by skating coach Dave Cruikshank after practice and looked like he was making progress in his attempt to return from a broken collarbone. He skated, stickhandled, took shots off the rush and had good velocity on his slapshot. Don’t expect him to return on this upcoming road trip; he still hasn’t taken part in a practice with teammates yet.

-All-Star voting! Who might you see at Staples Center in late January? Surprise, surprise: Carey Price, Sidney Crosby, Patrick Kane and Connor McDavid. Also, I hate to break it to you, but Anze Kopitar wears teal now, unfortunately. Expect a press release to come. (KIDDING.) (PLEASE NOTE THAT I SAID THAT I WAS KIDDING AND THIS WAS A JOKE.) A reminder: This year, fans vote only for the captains of each All-Star team, and to avoid a John Scott situation (which was actually kind of fun and a compelling reason to watch the 2016 game), eligible players must have been on an NHL club’s active roster as of November 1.

-Via the Kings: The LA Kings are recognizing difference makers in our local communities through the We Are All Heroes Program. Nominate a hero in your local community to honored at the game this Saturday December 10th as the LA Kings take on the Ottawa Senators. Selected individuals will win two tickets to attend the game! To nominate someone, or for more information, visit lakings.com/weareallheroes.

(UPDATE: Apparently Stitcher refuses to embed the podcast on this site; click here for a link.)

And LAKI Associate Bo Hamby has a podcast of his own. Give ‘er a listen:

Let’s talk soon, Insiders. Darryl Sutter quotes are up next. 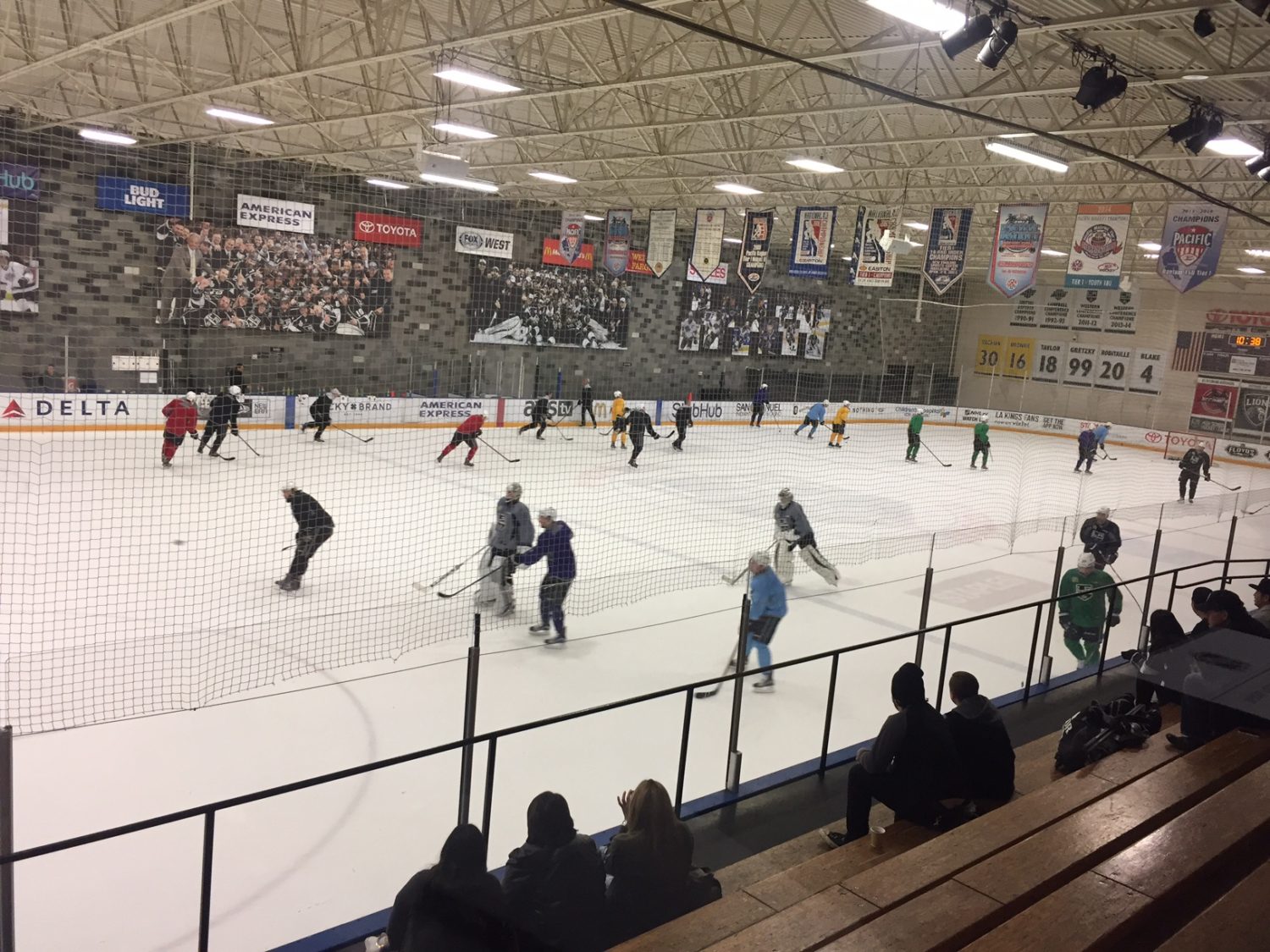