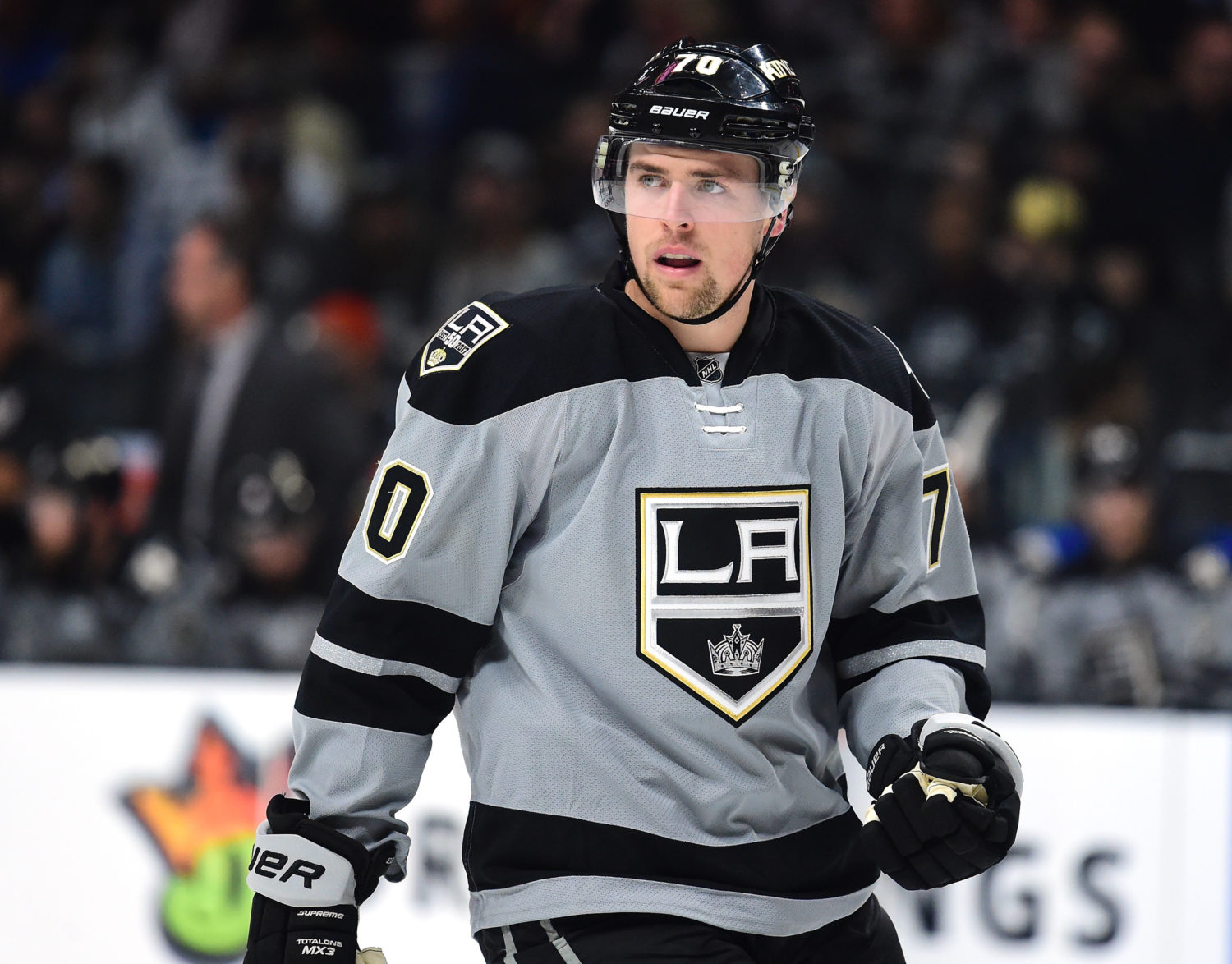 Alec Martinez, on whether this was a typical Kings-Devils game:
Yeah, bore everyone to death, is that what you were referring? No, I’m just kidding. It’s two teams that play similarly. They take a lot of pride on their forecheck, play strong defensively, they’ve got a mobile back end and our forwards had to do a really good job on them all night – playing physical – and if you don’t hit those guys, often times they can jump up in the rush or develop plays on the rush. I think they did a really good job of that tonight.

Martinez, on whether there’s added confidence and momentum on the winning streak:
It’s just playing better hockey. There are certainly some things that we need to get better at still, but as far as I’m concerned, I’d say that we just take things one game at a time. We’ve obviously been, if you look at our record, we’ve lost three, won three, lost three. We’ve got too many ups-and-downs, so we’ve got to figure that out.

Martinez, on whether the team is “learning” to pay without Anze Kopitar:
I mean, I don’t know if it’s ‘learning to play’ without someone. You lose a guy like Kopi, he;s easily one of the best players in the world. You’re not going to replace a guy like that, so everyone’s just got to pick up their own game and pick up a little bit of slack. Obviously we miss him, but hopefully he’ll be back soon.

Martinez, on Jeff Carter’s performance:
I think Carts played his game. He’s always in the middle for us D-men, he’s always making those smart plays, and his availability, whether we hit him there or not, if we hit him, great, if not, it opens up different passing lanes. He and that whole line, they use their speed. It’s no secret that Jeff Carter’s pretty fast and can move his feet. I think that he and the rest of his line has really taken advantage of that the past couple games.

Martinez, on whether he expects an emotional game against Anaheim tomorrow:
Yeah, of course, every time we play them, regardless, it’s always going to be an emotional and physical battle. We’ve got to take what we did well tonight and bring it into tomorrow and correct some things and go into the Honda Center playing with some emotion and intensity.

Tanner Pearson, on the team’s performance:
I think the one thing for us that we’ve got to be good at is coming out strong in the first period and [we let] that first one in, but we battled back and we were able to get the win at home, which we’ve got to pride ourselves on.

Pearson, on whether this was one of the team’s better checking performances:
Yeah, I think the way we kind of looked at it was last year we scored one goal against them, and both were low[-scoring] games. I think we’re both checking teams. We capitalized on our chances tonight, and that helped us out.

Pearson, on his goal:
It was good – I think it was Seto in there starting our forecheck off. I think their D-man saw their guy cutting through the middle, but he didn’t see me coming up the ice, and it was kind of a nice one, just teed up there and no one around, and luckily it went in.

Pearson, on the schedule and facing Anaheim tomorrow:
We know we have a couple days after that, but we’ve seen enough of them … over the years, and we know how the game’s going to be played, just as it was last time [against them]. It’s going to be a hard game, and we’ve got to put everything out there and capitalize on chacnes and hopefully take two points in their building.