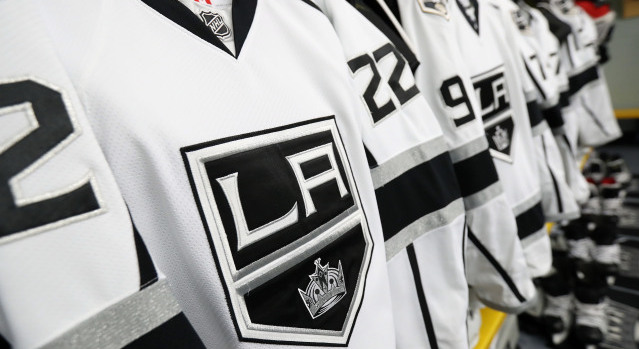 -It was an optional morning skate. Not all skaters took the ice, so there were no real line rushes. We’ll get a better sense of the lines Darryl plans on rolling in five-on-five play during warm-ups.

-Jordan Nolan, Teddy Purcell and Matt Greene remained on the ice for a little bit of extra work with Jack Campbell, so there probably won’t be any changes related to players leaving or entering the lineup.

-Peter Budaj was the first goaltender off the ice and is expected to start against Nashville.

-According to a hockey operations source, Anders Lindback’s visa status hasn’t yet been cleared, but the team continues to hammer away at it. There is an expectation that it could take a week to 10 days for the visa status to clear, but there’s also an outside possibility that it could be expedited.

-There’s no word yet on whether Pekka Rinne or Marek Mazanec will start in net for Nashville (but when that comes out, this page will be updated). The Predators are 2-4-0 and coming off a 6-1 loss to Anaheim on Wednesday, a game in which Rinne allowed four goals on 17 shots and was replaced by Mazanec late in the second period. Los Angeles shouldn’t expect a neighborly, jocund bunch. “We have to find a way to do those key things to winning and having success in this league consistently,” P.K. Subban told Tennessean beat writer Adam Vingan. “I think right now we’re having moments where we’re doing it, but we’re not doing it consistently enough. It’s showing right now, and I think [the Anaheim] game’s a huge wakeup call for us.”

-More to come today, Insiders, including Darryl Sutter observations on defenseman Tom Gilbert, and views from the players on the upcoming five-games-in-eight-nights stretch against high-quality competition. If you’re near a TV, I’ll also join the NHL Network for some Kings talk at 1:40 p.m. Let’s talk soon, Insiders.