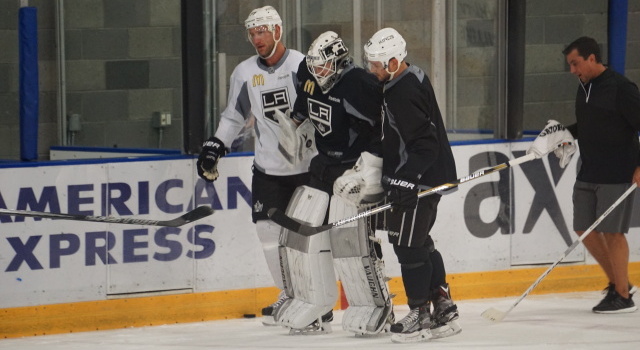 The Los Angeles Kings’ goaltending health took another blow on Saturday as Jeff Zatkoff suffered a groin injury during the morning skate. A Kings public relations representative said that the goaltender is “questionable” for tonight’s game against Vancouver, but because the goalie needed assistance off the ice and towards the dressing room, it should be expected that Jack Campbell, who backstopped Ontario to a 6-5 overtime win last night at Citizens Business Bank Arena, would be brought in to back up Peter Budaj at Staples Center tonight.

There’s no word yet on the severity of the injury or whether Zatkoff will see a doctor today.

“I hope he’s OK,” Drew Doughty said. “Just kind of a fluke play. I think he just made a save, and then something happened – I don’t know what – but hopefully he’s good to go for tonight.”

It was difficult to get a clear, initial indication of how the injury occurred, but it came while both Zatkoff and Budaj were facing shots at opposite ends of the rink.

Los Angeles’ goaltending depth had already been affected by a serious groin injury suffered by Jonathan Quick late in the first period of the season opener at San Jose on October 12. Quick’s injury is expected to sideline him long-term, perhaps as long as three or four months.

“Theres nothing really you can do about it. We just have to battle through it,” Doughty said. “If he happens to be out with Quickie too, then we know good Buds can play. He was one of the best goalies in the American league last year, and every time he was up here with us, he’s hard to beat in practice, and I thought he played a good game the other night. We expect him to do a great job for us, and everyone in front of him just has to step up a little bit.”

Photos, including the banner photo, courtesy of Jon Bradley: 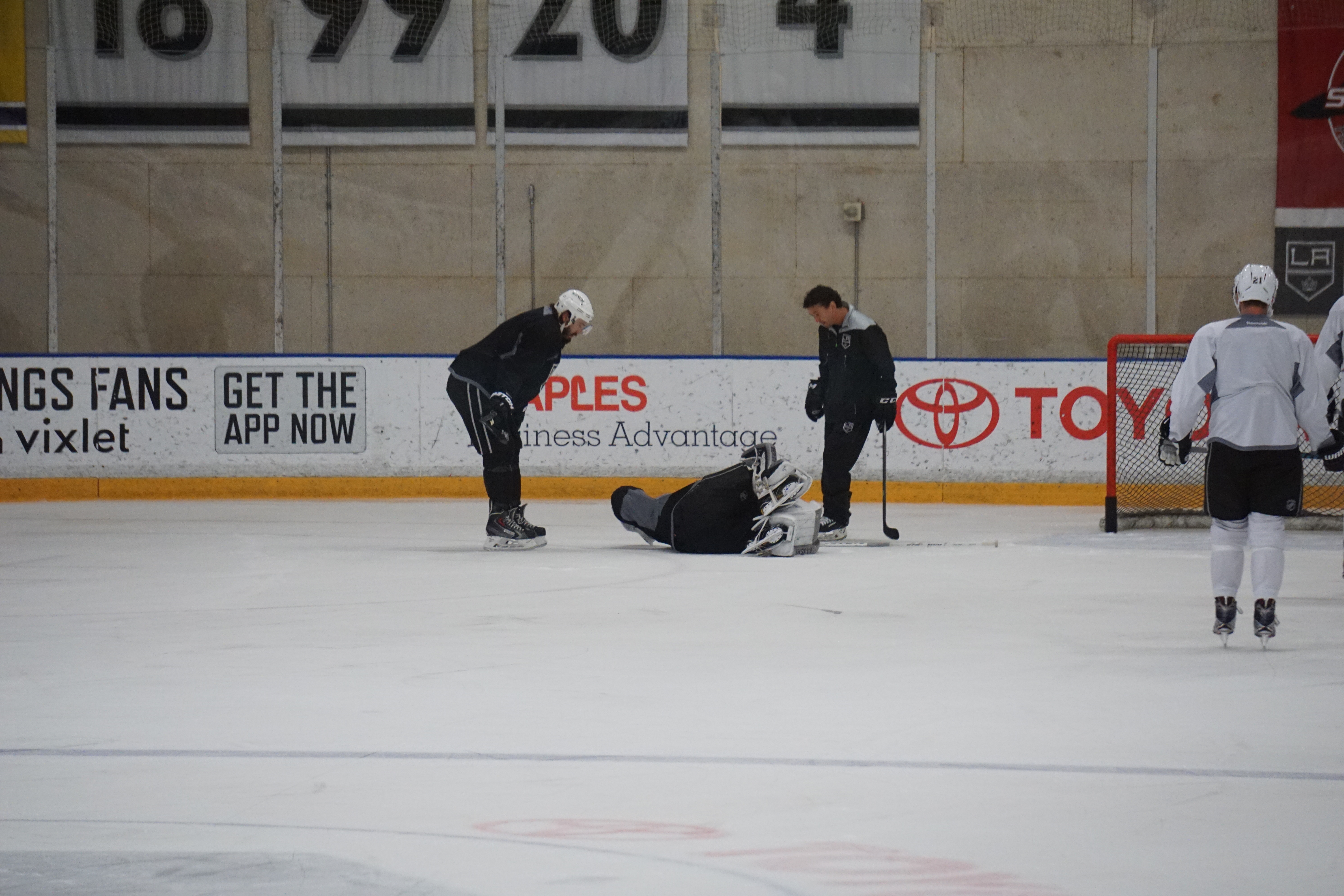 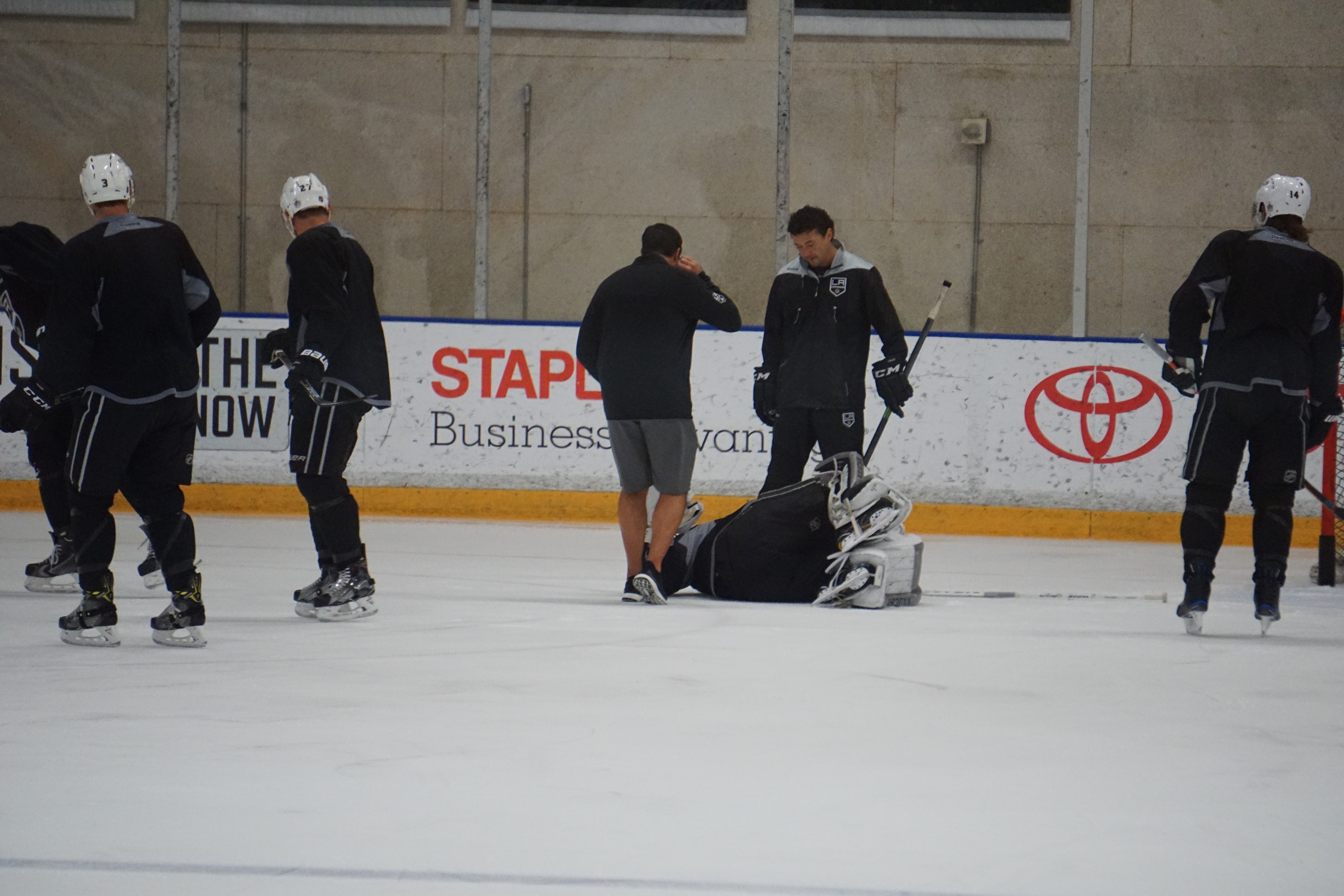