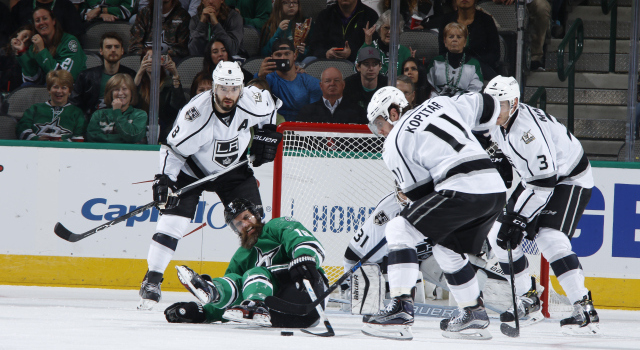 On the team’s performance:
It’s pretty much the way we’ve played other than one period this season. Just got a break to win.

On the team’s ability to reclaim the lead during a heavy, emotional second period:
Well, it’s supposed to be a physical game. I don’t think there was anything out of the ordinary.

On the McNabb-Doughty pairing’s performance against Dallas’ top players:
I thought our defensemen were better tonight. It’s not about a pair. When you’re on the road, you’re not necessarily into a pair. I thought that Muzz and Marty were much better tonight.

On the team’s checking:
I thought it was a carry-over from the last two or three games, our checking.