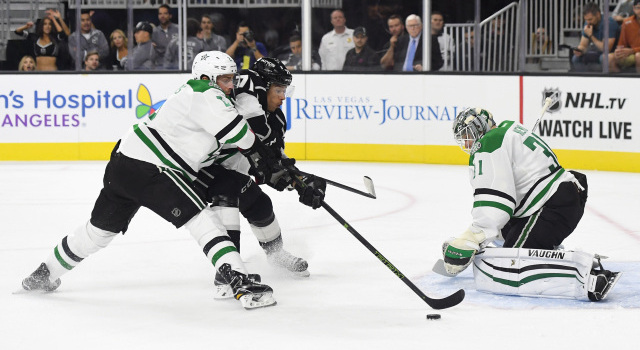 Dan Hamhuis, who signed a two-year, $7.5-million contract with Dallas over the off-season, joined LA Kings Insider to discuss the improvements in detail etched out by the Stars in a 2-1 win over Nashville on Tuesday in addition to the success the club has experienced in integrating new players such as Devin Shore, who got into three games with the team last season, and Adam Cracknell, both of whom are averaging a point a game. He also weighs in on the adjustments in style of play since coming over from Vancouver and what he expects from the Kings tonight.