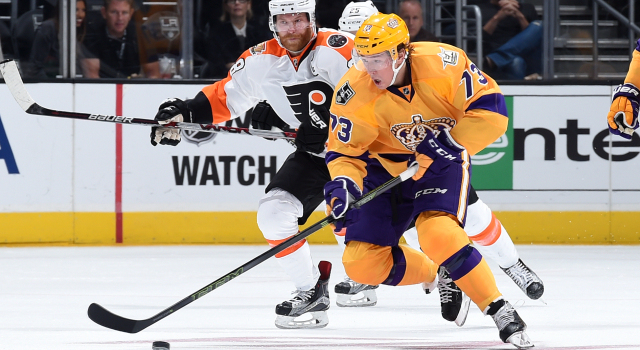 -With the loss, Los Angeles fell to 42-84-17 all-time against Philadelphia, a record that includes a home mark of 23-43-8. These teams will conclude their season series on February 4 at the Wells Fargo Center.

-Los Angeles dropped its fifth consecutive home opener, falling to 23-18-8 all-time. The last Kings win in a home opener was a 3-2 overtime win over the New York Rangers in October, 2011, though that game was played in Stockholm as part of the NHL Premiere (L.A. was the designated home team.) The last home opener win at Staples Center was a 3-1 win over Atlanta on October 12, 2010.

-Brayden McNabb recorded the sixth goal of his NHL career.

The Kings are scheduled to practice at 11:00 a.m. at Toyota Sports Center on Saturday, October 15. Sunday will be a scheduled recovery day for the team.