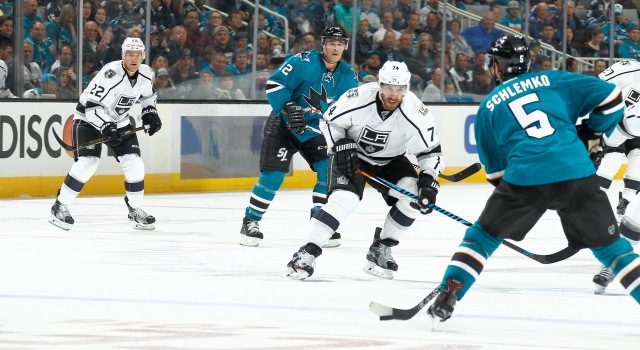 -Los Angeles fell to 0-1-0 against the Pacific Division and the Western Conference.

-With the loss, the Kings fell to 20-20-9 all-time in season openers. They have lost their last three season openers to San Jose. Los Angeles has won three of its last six season openers, but because the three wins took place in overtime or a shootout, the last time the club won a season opener in regulation was the 4-1 win over Anaheim in London to begin the 2007-08 season.

-In his Kings debut, Devin Setoguchi took two shots, had one shot blocked and missed the net once. He finished with two hits and a minus-one rating in 15:20 of ice time.

-With his assist on Logan Couture’s goal, Joe Thornton recorded his 965th career assist to move past Doug Gilmour into sole possession of 13th place on the NHL’s all-time list.

The Kings are scheduled to practice at 12:00 p.m. at Toyota Sports Center on Thursday, October 13.