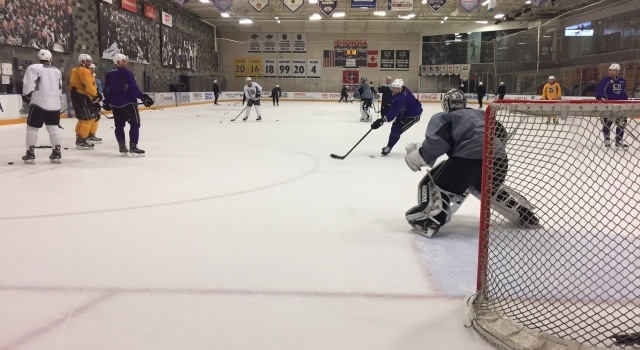 -Again, nothing contractually has been officially shared, but Devin Setoguchi skated alongside Anze Kopitar and Dustin Brown, had a locker room stall (whereas Michael Mersch, Adrian Kempe, Paul LaDue and Kurtis MacDermid, who were not on the ice, did not) and spoke as if his opportunity with the club would be extended. “For things to work out in the right way and for me to get my opportunity, it’s not like I’m here and I’m here to stay,” he said. “It’s still, for me, an every day evaluation on my attitude, my work ethic, my play, my ability, so I’m just thankful to be here, but at the same time I know how important and how critical it is for me to push myself every day in order to get back.” More from Setoguchi to come; interestingly, Joe Thornton arranged for him to play for HC Davos last season quickly after he was released from his PTO by Toronto. Thornton played for Davos during the two most recent NHL work stoppages.

-Nick Shore took loops through the King-Dowd-Lewis line in his first practice back with the club since suffering an undisclosed injury that required “protocol” as the result of an awkward fall on the ice in his second shift on September 30 in Denver.

-Teams must trim their rosters to 23 players and be salary cap compliant by 2:00 p.m. on Tuesday, October 11.

-More to come as well from Darryl Sutter, Drew Doughty and Jake Muzzin… 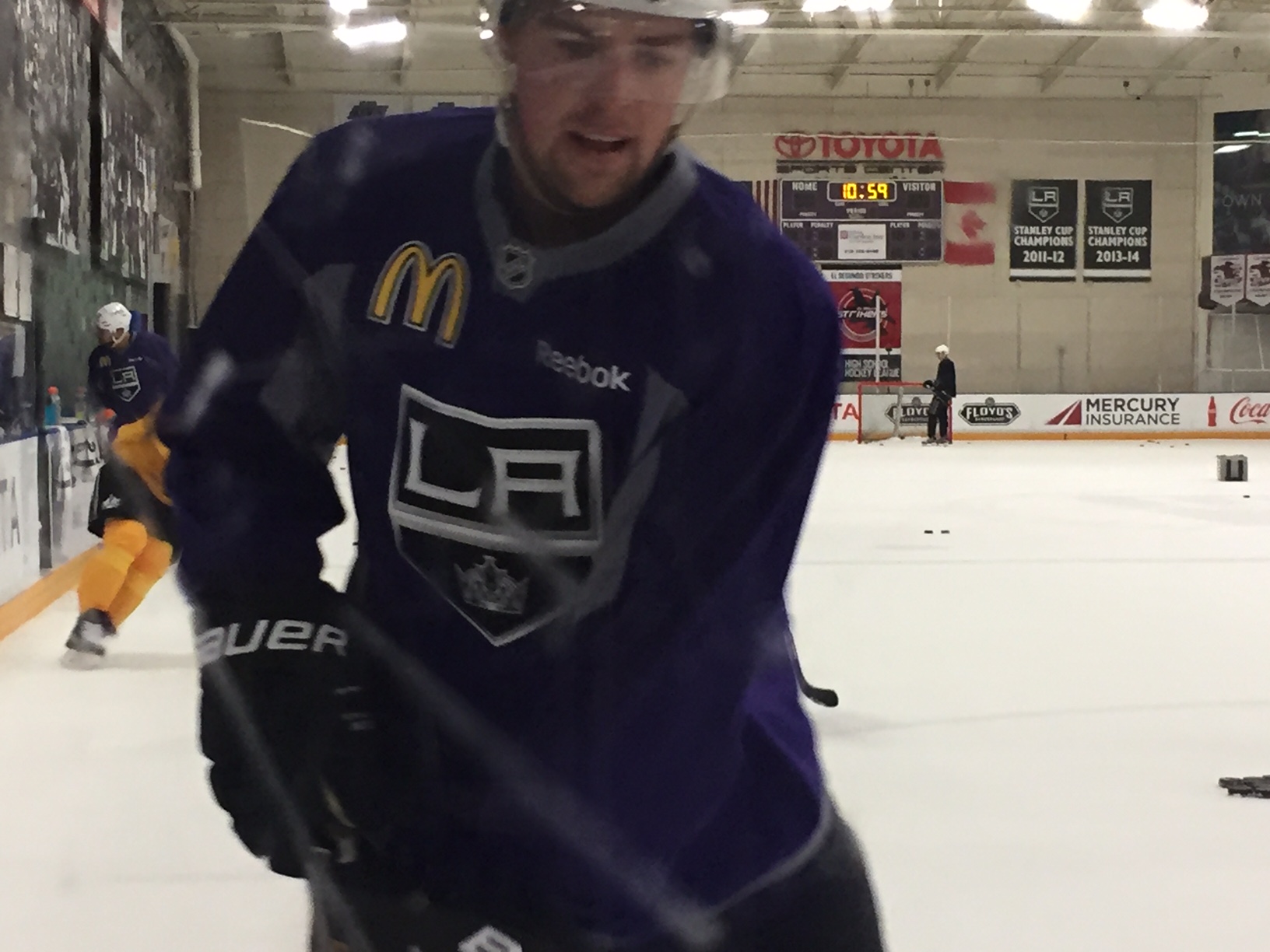