Several quick practice notes in advance of the flight to Las Vegas:

-Anze Kopitar, who welcomed a son into the world yesterday, skated with the team for the first time since returning to Los Angeles. Minus the injured and suspended players, the entire team is in town and available for selection.

-Speaking of an injured player, Nick Shore did not skate with the team today. He remains out with an injury that necessitated “protocol”

-Today’s practice featured heavy special teams detail. There were power play breakouts, followed by the familiar in-zone work in which the penalty killers hold their sticks by the blades to facilitate efficient movement, distribution and positioning for those on the man advantage. Practice ended with three-on-three work.

Darryl Sutter, on whether Anze Kopitar will play one or two games this weekend:
Don’t know yet. He skated today and he’ll skate tomorrow, and then we’ll just see. … He’s going to have to play a game. He’s been off. Playing games – not playing for 10 games or something – they’ve got to play games. He’ll get a game in. Not sure- [Reporter: One will be fine.] Yeah.

Sutter, on what he has heard about the rink in Las Vegas:
Nothing. [Reporter: Nothing. Does it matter as much because it’s a preseason game right now?] Play in lots of different rinks in preseason. This’ll be in our division next year, that’s all I know. We’re the home team, so get to go in whatever their dressing room is.

Sutter, on what to watch in Jake Muzzin’s progress this season:
Year older and a little more experience, more situation, better penalty killer, hopefully stay healthy. I think last year was sort of the ‘next step’ in terms of him and Drew didn’t play together as much, which meant being almost a partner, a good partner. He played last year a lot with Marty where it wasn’t a dominant one guy, so I think it’s the next step that we need him to take. Muzz is the very, very same as Tanner, Tyler, Marty – those guys have to take the next step for our team. [Reporter: I don’t want to put words in your mouth as always, but that he wasn’t with Drew last year, he did end up having a pretty solid year, and together, that partnership that he did that away from Drew, do you look that as a net positive overall on his last season?] Certainly. I mean, I think he’s obviously a top defenseman on our team. 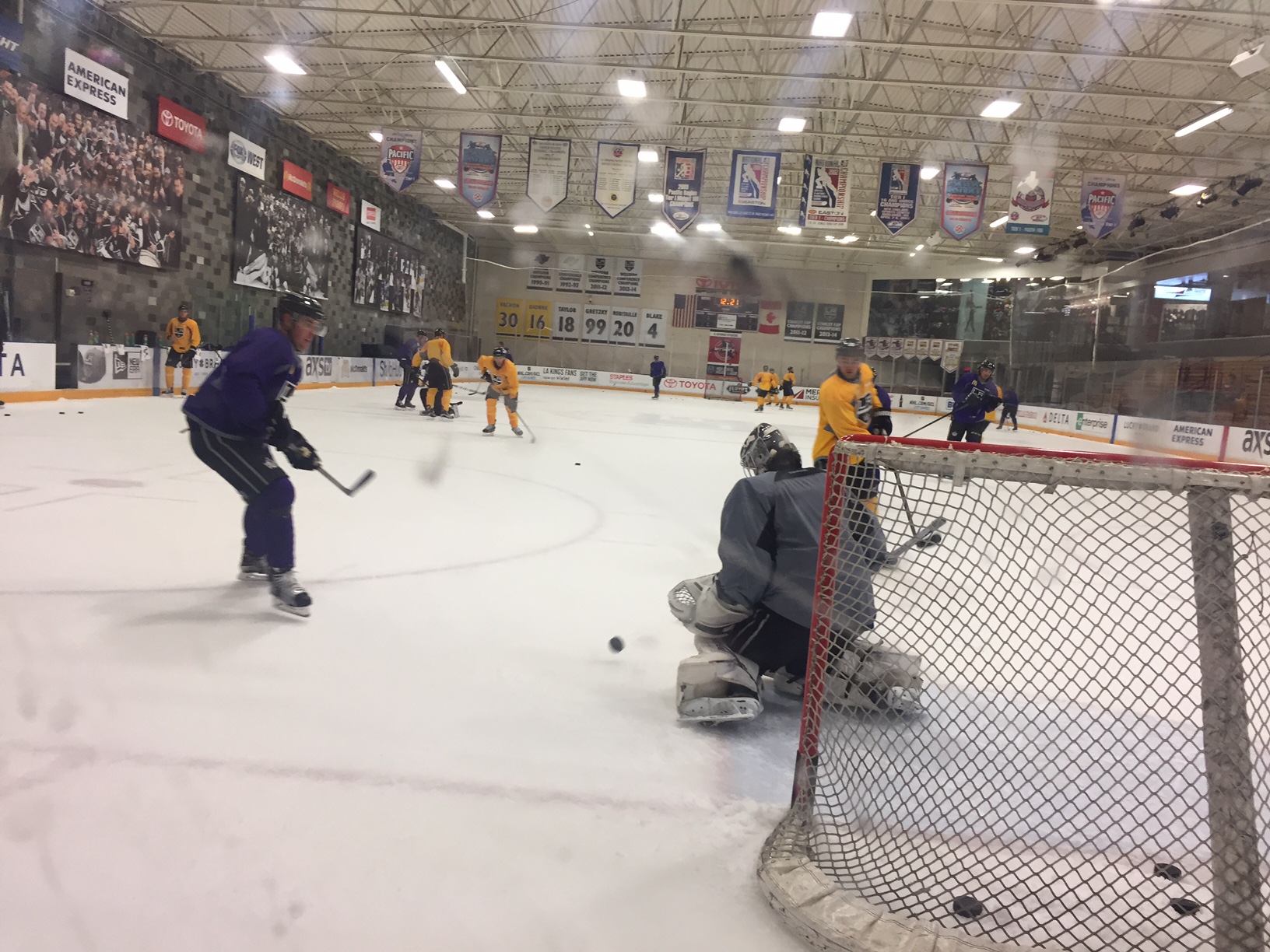