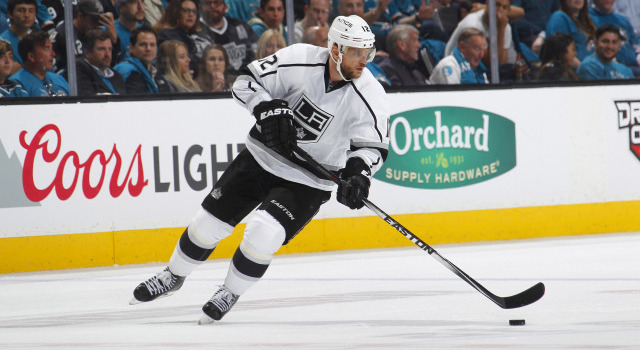 The Kings announced on Thursday that they’ve placed forward Marian Gaborik, who suffered a broken foot at the World Cup, on injured reserve. It’s not long-term injured reserve, according to a team source, so there’s no cap space saved by this roster move.

With the assignment, there are now 31 players on the active roster:

Nick Shore is injured, and Tanner Pearson is suspended for the final two preseason games and the first two regular season games, so there are currently 15 forwards available for Darryl Sutter’s selection this weekend.

On Wednesday, Darryl Sutter said that Gaborik will be re-evaluated three weeks from his September 25 injury, so the next gauge on his progress should take place on or around October 16. Sutter also noted that Gaborik is wearing a walking boot and confirmed that he’s still using crutches. “The toughest part of his injury, you know a lot of times those boot injuries you can start walking. He can’t,” he said. “It’s got to be non-weight bearing, just the way it’s broke, otherwise he’s going to move those bones around. So that’s the tough part. It’s frustrating for him, because he’s a guy who likes to work out and train.”

The recovery time was reported to be eight weeks, which, would mean that the team would be without Gaborik until around November 20, should the original timeline stand. It’s a tough break for the oft-injured but decorated winger, who had appeared in 99 consecutive games with Los Angeles before suffering a knee injury at Madison Square Garden last February 12.