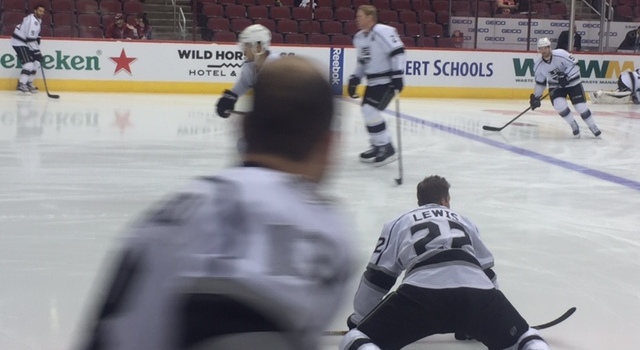 PPG LAK. 3-4. Purcell backhand from slot crosses up Domingue. Gets past him, Clifford chops at it with his stick, it flutters in. 13's goal.

11:08: PENALTY ARI. Boychuk for holding.
9:08: Some good pressure on the power play, but nothing too threatening.
7:55: PENALTY LAK. Auger for high sticking during some extended offensive zone time.
5:55: Bupkis on the power play. About to join Nick and Daryl.
5:10:

GOAL ARI. 3-5. Bunting, who was feisty and impressive in the rookie games, from Richardson. Came against the run of play. Late third period.

4:10: LoVerde, Garland get tangled up and exchange words and some shoves after a whistle. They head to the box for roughing.
1:40: Packing up. Let’s talk soon, Insiders.

LAK GOAL. 2-2. 15 seconds into the second period, Gilbert blasts the puck from right point through traffic. Not sure if Smith saw it well.

Update: Lewis credited with the deflection.

GOAL ARI. 2-3. 23 seconds after Gilbert's goal, Domi skips one along the ice from near the left corner that bounces past Budaj. Sharp angle.

Edit: 22 seconds after Gilbert’s goal.
17:29: PENALTY ARI. Perlini for tripping.
15:29: Good pressure by LAK on the power play, but nothing overly threatening.
10:20: Good pad save by Budaj on Perlini, who had an opportunity from point blank range.
8:40: Good hit by Hache on Clifford along the boards in the Kings attacking end.
3:40:

GOAL ARI. 2-4. Boychuk throws the puck towards the net; Budaj's stick save rebounds directly to Fournier, who buries. Late 2P.

0:38: Swift puck movement by Los Angeles, but Lewis’ mid-slot attempt towards the net deflected off Mermis’ skate and out of play.
0:00 ~fin~

FIRST PERIOD
20:00: Underway in the desert.
19:40: McNabb is caught in a pinch, and Richardson leads a two-on-one the other way. He patiently holds up in the right circle and fires off a high-grade chance that Budaj kicks aside.
17:01:

Fournier tugs on Bissonnette's cape 2:59 in. Fournier is off balance, falls before anything really starts. Crowd is let down.

16:46: Odd end boards carom pops out in front to Gaudet, who has a high-grade chance in front. Budaj save. He covers up.
16:30: Dwight King circles the net, fires off a hard, low snap shot. Right pad save, Smith.
11:51: Long stretch of Insider-approved, whistle-free action. Roughly three minutes earlier, Nic Dowd made a good read on a play when realizing he didn’t have any good lanes to advance the puck and circled back towards his blue line. A lane opened up, allowing him to distribute the puck quickly across the ice to the right wing, and the Kings received a short burst of zone time.
11:46: PENALTY LAK. King for hooking.
10:37:

PPG ARI; 0-1. Schenn picks up where he left off in the playoffs, takes hard, low shot that deflects off Auger, Forbort, trickles past Budaj.

9:54: PENALTY ARI. Bunting goes off for hooking. Kings have their opportunity with the man advantage.
6:57:

Dowd receives a secondary assist. Really nice pass by Forbort, who fooled everyone but Purcell.
6:00: Bissonnette with a chance after a feed from behind the goal line by Auger, but he catches the outside of the net.
3:00: Good offensive zone strip by Auger on Hache to set up an offensive opportunity, but no high grade chances were taken.
1:35:

ARI GOAL. 1-2. Kings struggle to defend the rush as Greene has to defend two skaters. Richardson to White, who snaps the feed past Budaj. 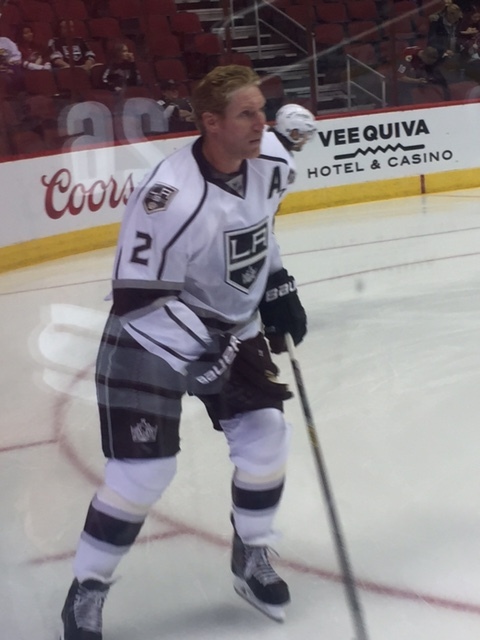 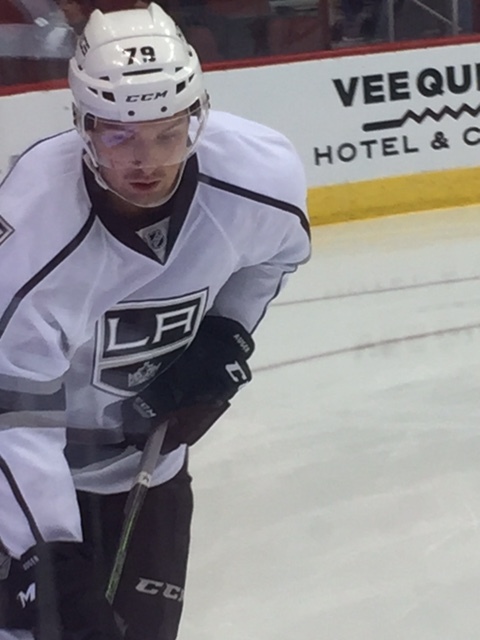 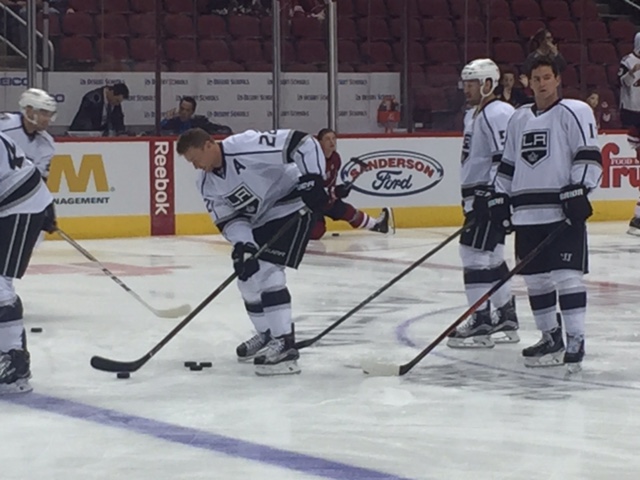 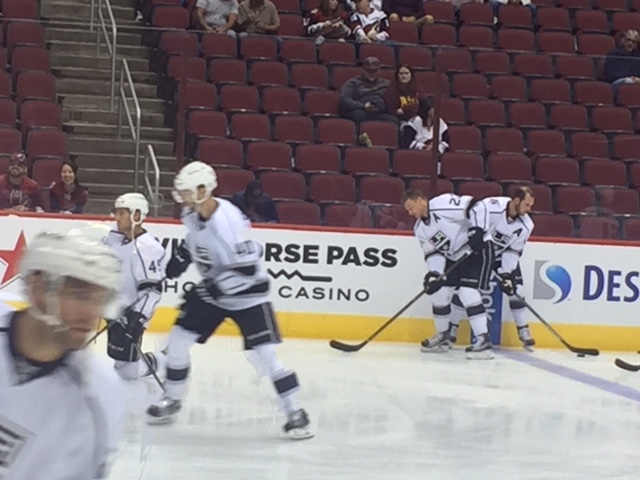 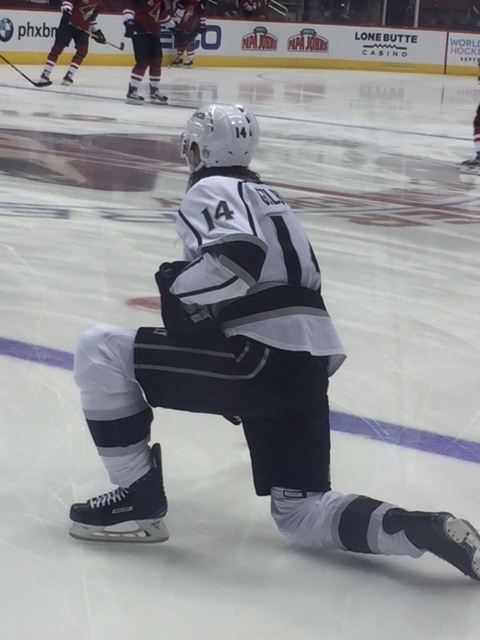 On the banks of the mighty Gila River…