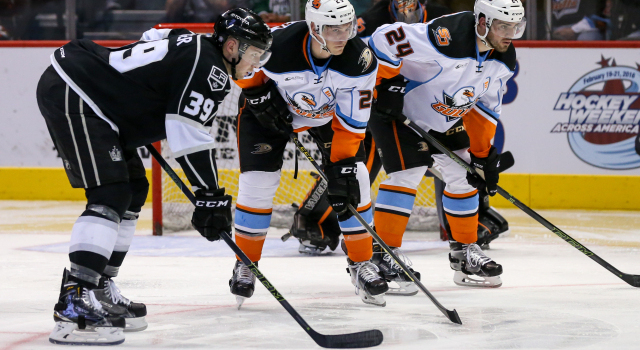 The Ontario Reign released their preseason schedule on Monday, which will consist of a home-and-home series against rival San Diego.

The schedule is as follows:

The October 6 contest will be the Reign’s first-ever “Education Day” game as the team will host over 5,000 students. For more information and tickets, click here.

The Reign are entering their second AHL season in Southern California after finishing last season as Pacific Division victors with a 44-19-4-1 record (93 points, .684 winning percentage). The Reign defeated San Diego in last season’s Calder Cup playoffs in the second round.